The world’s first total artificial heart is designed to replace failing hearts in adults and older children, potentially filling a gap left by a scarcity of organs for transplant

Engineers from Oregon Health and Science University in Portland, where artificial heart valves were first pioneered, have designed what they hope will be the first permanent total artificial heart. Artificial hearts are currently seen as a temporary solution for people who are awaiting a heart transplant, because they have a tendency to cause blood clots and, because their pumping action is very different from the natural organ, can even damage the cells within the blood itself. 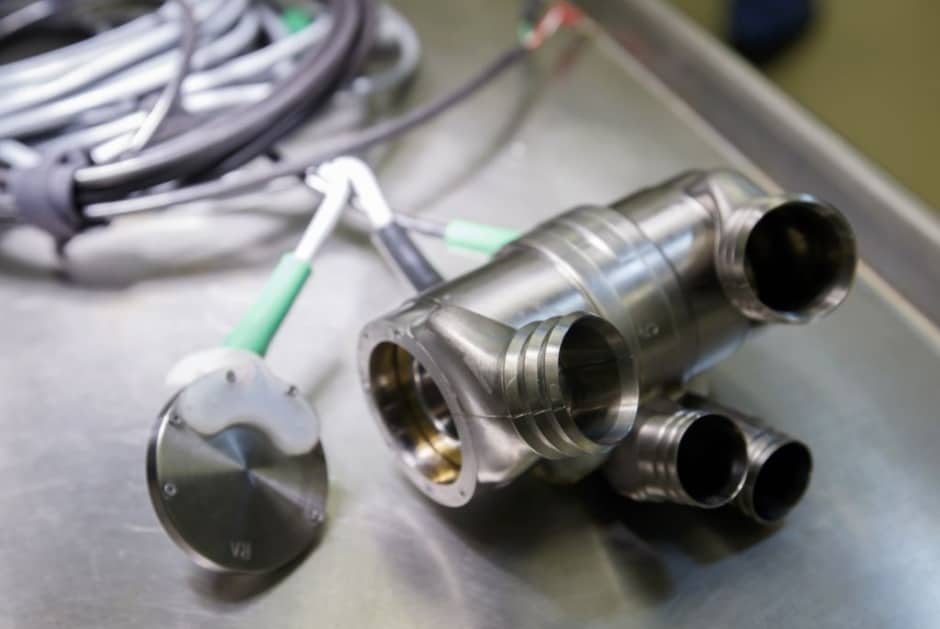 Machined from titanium, the heart device replaces two ventricles with a single cylinder that pumps blood to the lungs and circulates oxygen-rich blood around the body. Image: OHSU

While heart transplants are now well established, there is a permanent shortage of organs for transplant and waiting lists are long. According to OHSU, there are 4000 people on heart transplant waiting lists in the US, but only 3400 hearts were transplanted in 2017. In the UK, waiting lists have increased from 95 in 2008 to around 249 by the end of last year; but the rate of donations has not kept pace, with the British Heart Foundation saying that 127 organs were donated in 2008 and 199 in 2017. While campaigning continues for organ donation to be considered on an “opt out” basis, a practical artificial heart would be a literal lifeline for many people.

The keys to the OHSU device, which suitable for adults and children over 10, are that it has a simple design and is machined from titanium, which is biocompatible and extremely robust. The device replaces the human heart’s two lower chambers, or ventricles, with a single cylindrical chamber that contains a titanium alloy-coated hollow rod that shuttles back-and-forth, providing a pumping action that moves blood to the lungs for oxygenation and then sends the oxygenated blood around the circulatory system.

The heart is powered by a combined controller and rechargeable battery that could be carried in a pocket or backpack or clipped to a belt. With improved battery efficiency and design, the battery could eventually be implanted under the skin and recharged from the outside, OHSU says.

Unlike other artificial heart devices, the OHSU device has no valves and the rod to provide the pumping action is suspended inside the chamber with hydrodynamic bearings, so it never touches the inside of the tube. The shuttling motion of the rod generates a blood flow that mimics a natural human pulse, which differs from existing artificial hearts that send blood around the body in a continuous, pulseless flow. Pulsing reduces damage to blood cells, cuts the risk of clotting and, according to OHSU may also reduce other complications of pulseless devices, such as gastrointestinal bleeding and stroke. 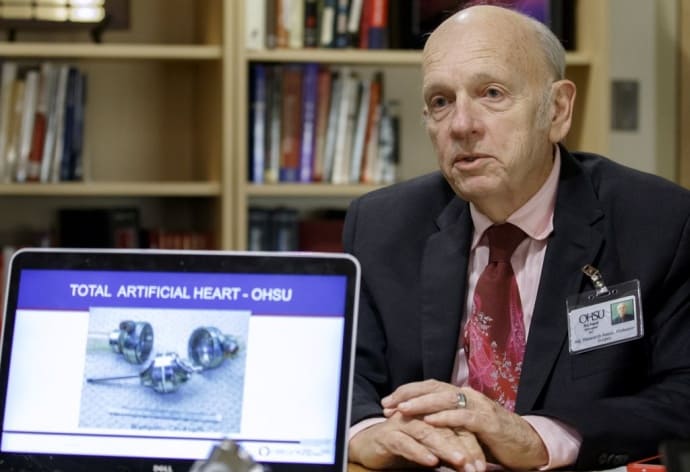 The road to development has been long, with two successive versions of the device created since 2014. The first version, which was large to demonstrate proof of principle, was tested in cows at the University of Louisville. When this test was successful, the device was miniaturised to human scale and tested in sheep. OHSU now plans to start more trials in sheep, which will last for three months. If these tests are successful, the University plans to request federal permission for clinical trials in humans.

Learn more from this video: