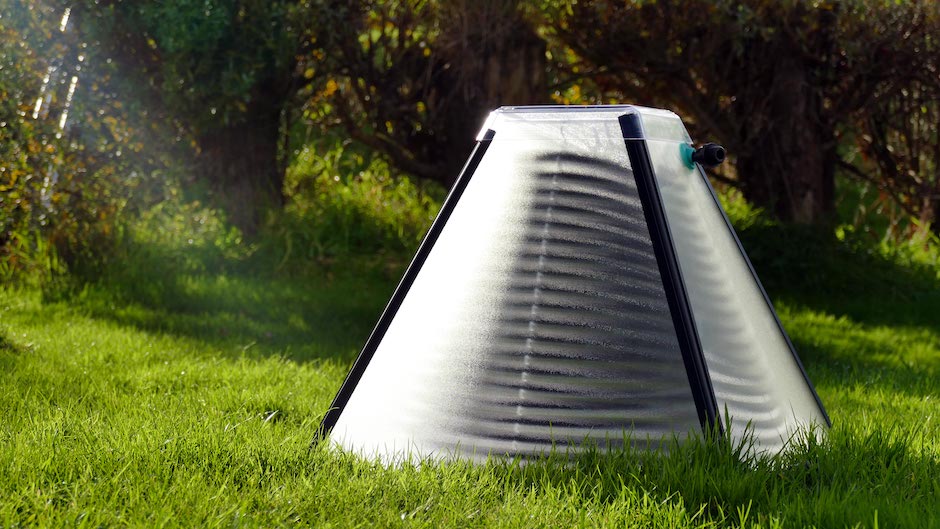 The company was founded by mechanical engineer Dr Faisal Ghani in 2019, aiming to provide an affordable, sustainable and practical solution for heating water after reading a journal on Rwanda’s energy usage.

Recently, SolarisKit completed the Royal Bank of Scotland’s three-month Climate Entrepreneur Accelerator programme. RBS has established a corporate partnership with SolarisKit as its first UK customer, with plans to install the thermal collector at its Gogarburn HQ in Edinburgh.

The ‘S200’ thermal collector developed by SolarisKit is one of the world’s easiest and cheapest to install according to the team, with product trials set to begin in June and 80 units already shipped to Rwanda.

“The radiation strikes an internally suspended absorber coil which results in the absorber wall temperature rising, up to 70 degrees in direct sunlight,” Ghani said. “Water is circulated through the collector, via a small pump, to transfer thermal energy from the absorber wall to the fluid via forced convection.”

The solar collector’s prismatic geometry allows passive tracking of the solar radiation, suppression of heat loss from the absorber and the ability to be self-assembled on site thus reducing manufacturing and transportation costs, Ghani added.

Currently, the team has capacity to produce 20,000 kits per year with ambition to reduce global carbon emissions by one billion kg in five years. SolarisKit said it is exploring the possibility of supporting rural communities in India, and Dr Ghani hopes to expand the company in the coming months.