The Spanish Air Force will become the first customer for a new advanced aircraft maintenance system from Airbus that uses drones and augmented reality. 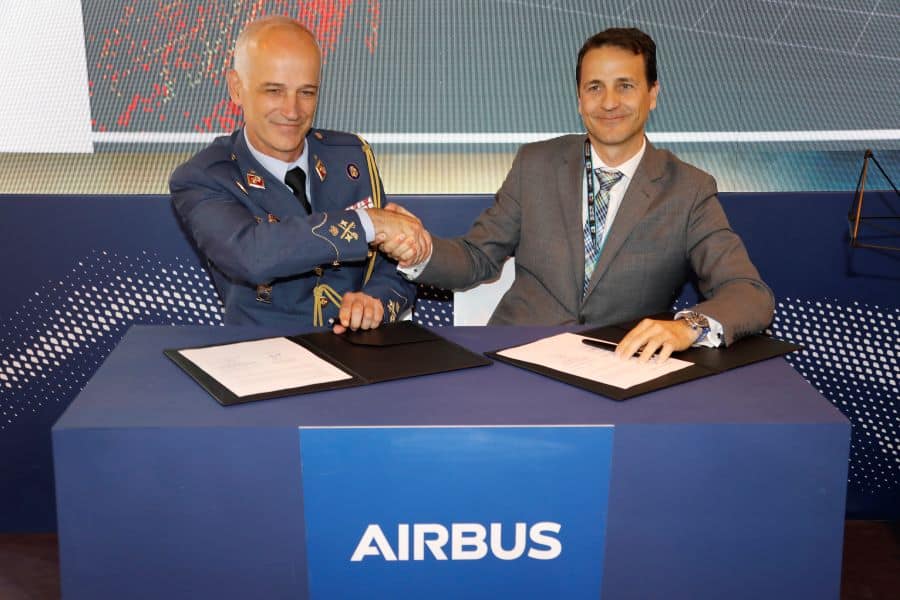 Drones equipped with sensors will scan an aircraft autonomously, securely transmitting data to tablets and AR devices on the ground. Airbus claims the platform could reduce maintenance times on military aircraft from around one week to just two hours. The system has been trialled using a variety of different drones and sensor suites, according to Oscar Munoz, industrial innovation and digitalisation manager at Airbus.

“We’ve been testing a lot of different manufacturers,” Munoz told The Engineer ahead of the announcement of the deal. “Falcon 8, 8+, DJI, a lot of platforms from the best manufacturers in the world.

“We can incorporate different sensors. The most common is 4K HD cameras, but also other sensors like fuels and leak detection, thermographics…the different sensors used for non-destructive inspection by hand, these can all be installed in the drones.

“If a customer wants to have a 3D model of a part or of the entire aircraft, we can install a 3D model camera.” 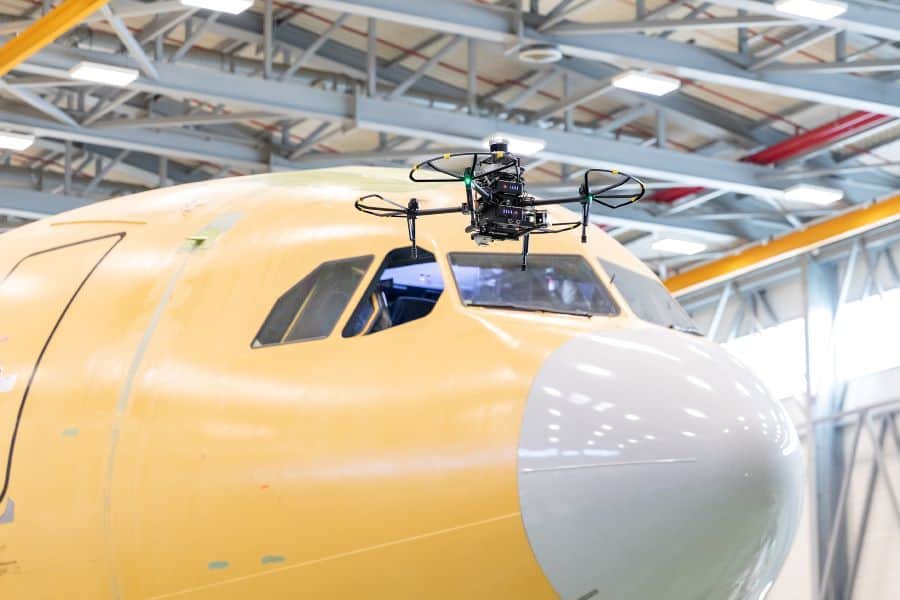 The system has been in development for several years, and Airbus has been in contact with air forces from around the world with regard to adopting the technology. Under the deal with the Spanish Air Force, the platform will now initially be trialled on its A400M aircraft based at Zaragoza Air Base, with options to extend the technology to other aircraft, including the C295 and the CN235.

Airbus says the tests with the Spanish AIr Force A400M will help it consolidate the algorithms for safe autonomous flight of the drone, while the terabytes of images and data will be used to create a deep learning library that will feed an AI-based defects detection system.

“This technology has the potential to make a major contribution to maintenance tasks for our fleet,” said General José Luis Pardo Jario, head of the Spanish Chief of the Air Staff office. “Not only is it more time and cost efficient, above all it allows the upskilling of aircraft maintenance personnel, in accordance with the new digital era we all need to contribute towards in order to reap its benefits.”

Alongside drones and AR, the system also incorporates a digital workflow component that gives maintenance staff better visibility over operations and enables better governance. According to Munoz, military customers are the current focus for Airbus, although the platform will also be rolled out for civilian airliners.

“For now, our team is concentrating on defence, but the system is going to be valid for both commercial and military customers,” he said.