A Phoenix, Arizona, start-up called Monat Technologies has come up with a $99 solution to the problem of catalytic converter theft.

The theft of catalytic converters in the US has become a national epidemic, since the parts contain precious metals that can bring as much as $200 apiece from unscrupulous scrap yards.

Now, a Phoenix, Arizona, start-up called Monat Technologies, established last year by entreprenuer Ian Monat and mechanical engineer Steven Meislahn, has come up with a $99 solution to the problem.

Constructed from carbon steel, the product is less expensive, lighter weight and easier to install than its competitors, Monat said, and it features a steel cable that is virtually saw-proof and impenetrable without a special tool. 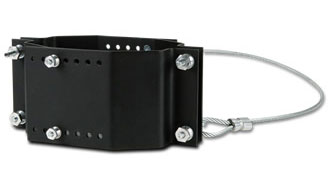