A new study from Sweden’s Chalmers University of Technology shows how hydrofoiling ships could be 80 per cent more efficient than their non-foiling cousins.

Hydrofoils act like an underwater wing for vessels, lifting the hull out of the water and dramatically reducing resistance. The principle has recently been used to gain competitive advantage in sailing’s Americas Cup and adopted by Swedish startup Candela on its electric pleasure craft and passenger ferries.

According to the new study, hydrofoiling technology could enable the electrification of larger passenger ferries, allowing a significant section of the shipping world to decarbonise quicker. Conducted in collaboration with marine research facility SSPA, the report claims that even for ships that continue to use fossil fuels, hydrofoils could help reduce their fuel consumption and carbon emissions by 80 per cent. 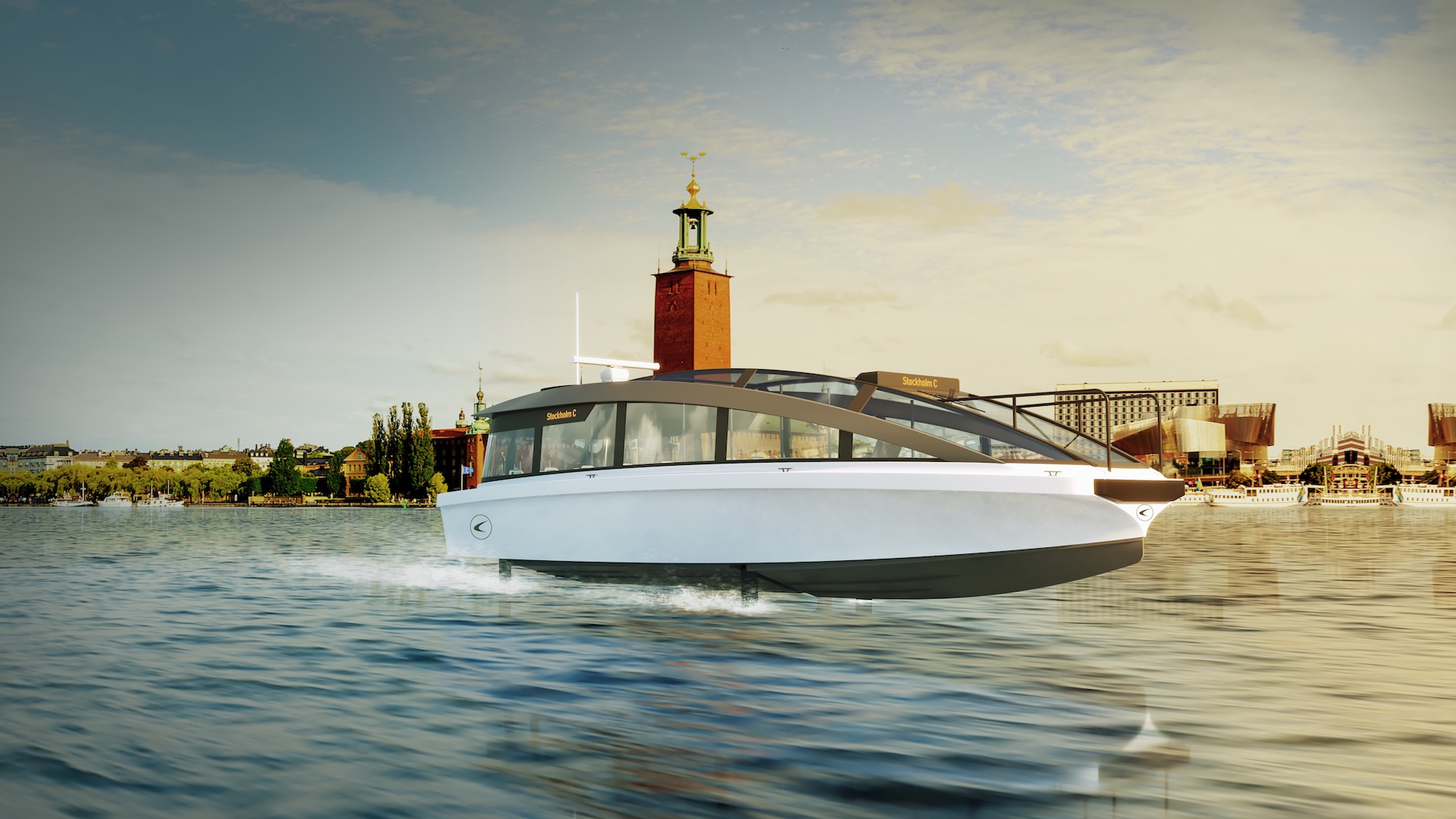 “This method will allow the development of new foil designs that can reduce resistance by up to 80 per cent, which in turn would significantly increase the range of a battery powered ship. In this way, we could also use electric ferries on longer distances in the future."

Hydrofoils have been around as a concept for several decades, but in the past were made from metal, where weight and maintenance costs reduced their overall effectiveness. Today’s foils are made from carbon fibre, lighter and stiffer than steel, but also with a degree of flex that can allow fine control of the foil’s positioning. EV shipbuilder Candela has developed software that allows its foils to be adjusted hydraulically around 100 times per second, enabling a super smooth ride above the waves. 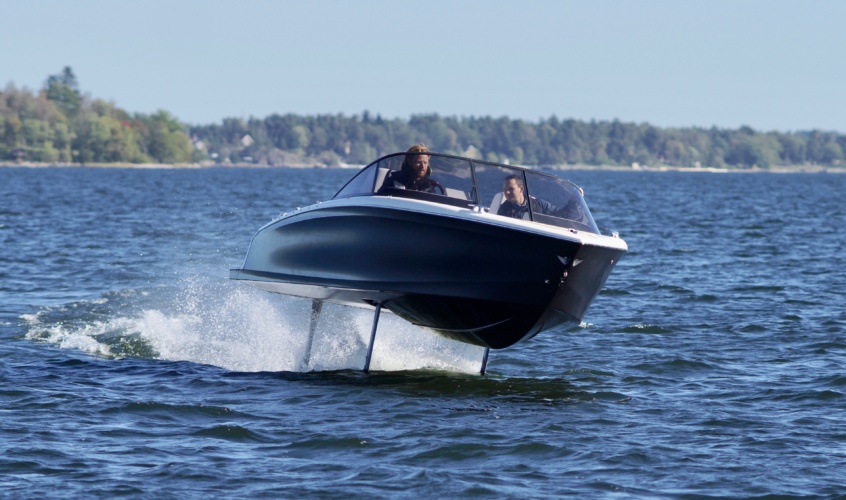 Candela's speedboats use hydraulically controlled hydrofoils to fly above the waves (Credit: Candela) -

“The secret to balancing this boat is that the wing doesn’t really have flaps or ailerons like an aircraft wing,” Mikael Mahlberg, Candela’s communications manager and occasional test pilot, told The Engineer last year. “Instead, we twist the whole wing using independent struts that move back and forth, bending and twisting the wing, which is flexible in the middle.”

Central to the Chalmers study is a new measurement technique that the researchers claim helps describe how hydrofoils behave in the water during dynamic changes such as increased load or speed, or when the hydrofoil flexes. Using data collected from the experiments, the team developed and validated a method to simulate and predict with precision how the hydrofoil would behave under a variety of conditions. The Chalmers team say the method is unique and can now be used to further the design of hydrofoils for electric powered hydrofoil ferries.

"You want the foil to be as efficient as possible, which means carrying as much weight as possible at as low a speed as possible with the least resistance,” said Eslamdoost. “Our next goal is to use this method when designing more efficient hydrofoils for ferries in the future."

The study "Fluid-Structure Interaction of a Foiling Craft" has been published in the Journal of Marine Science and Engineering.