A first-of-its-kind facility currently under construction in Teesside will use Mura Technology’s HydroPRS process to recycle all types of plastic waste. 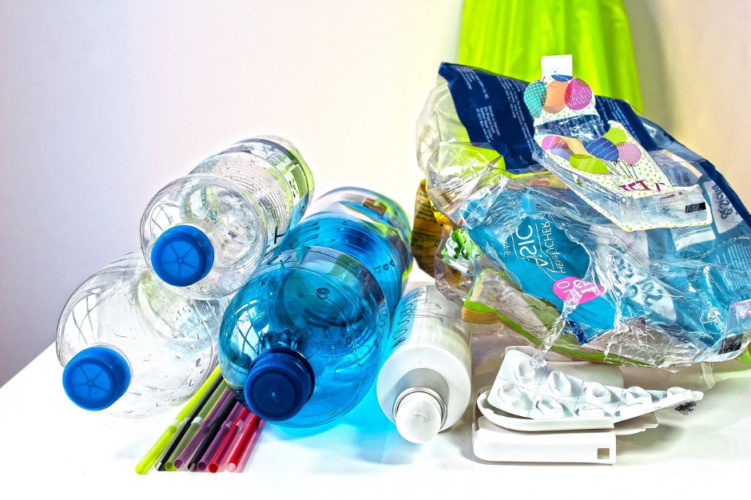 Promising to tackle types of plastic that are currently considered ‘unrecyclable’— such as multi-layer and flexible films, pots and tubs used for packaging food — the process is designed to work alongside conventional recycling methods as well as efforts to reduce and reuse plastic, aiming to push toward a sustainable circular economy.

“The solution is based on supercritical water, and that’s very different to what almost everyone else is doing in the industry: most of it is pyrolysis and gasification,” said Dr Steve Mahon, CEO of Mura Technology. “The technology is fourteen years old, it’s been developed over multiple scale-ups in Australia and it was developed initially for brown coal.”

Mahon explained that around seven years ago, he raised the idea of using the technology on plastics. The HydroPRS system uses supercritical steam to convert plastics back into the oils and chemicals they were originally made from, allowing them to be used for new virgin-grade plastic products with no limit to the number of times the same material can be recycled.

Thanks to the use of the steam, which cuts longer-chain hydrocarbon bonds in plastics to produce valuable chemicals and oils in as little as 25 minutes, the process is described as ‘inherently scalable’ when compared to other methods.

“You’re heating evenly throughout, because water is your mechanism for transferring the heat rather than thermal energy on the outside of the reactor,” Mahon said. “We believe we can scale up to larger, industrial-scale facilities where other technologies can’t.”

According to a 2017 study in Science Advances, only nine per cent of plastic has ever been recycled globally with the vast majority (79 per cent) currently ending up in landfill or in the environment. “Eight million tonnes of plastics find their way into the oceans every year, so if you want to be solving that sort of problem you need to be dealing with a similar magnitude of scale,” Mahon commented.

Construction of the commercial-scale plant in Teesside, which is planned to be operational 24/7 from late 2022, is just the beginning of Mura’s plans for a rapid global rollout with one million tonnes of capacity in development by 2025.

Sites are planned in Germany, the US and Asia, and the company has announced several strategic partnerships including an agreement with KBR Inc. to license the technology to clients worldwide. The Teesside plant is being developed by ReNew ELP, the UK subsidiary of Mura Technology.

The plant is said to have potential to eliminate up to 120,000 tonnes of CO2 per year compared to incineration of the same plastic waste. Advanced chemical recycling was recognised this month for the first time as contributing to the government’s targets for recycled plastics.

Rebecca Pow MP, under-secretary of state for Defra said: “The government is committed to both clamping down on the unacceptable plastic waste that harms our environment and ensuring more materials can be reused instead of being thrown away. By investing in these truly ground-breaking technologies, we will help to drive these efforts even further and I look forward to seeing them develop and deliver real results.”