One of the difficulties of treating cancer is getting drugs into tumour cells. Chemotherapy agents tend to get pushed out rather than being drawn in, so dosage levels have to be high for the treatment to be effective. As the drugs are often toxic, this leads to nausea and other harmful side effects. Researchers at Rice University in Houston, Texas are working on a strategy that promises to use the immune system to send tiny hollow particles loaded with drugs deep into tumours where they can be activated with a laser, releasing their payload exactly where needed and nowhere else.

The technique uses gold nanoshells — spheres of glass about a tenth of the size of red blood cells, coated with a thin shell of gold. Invented at Rice in the 1990s by engineer, chemist and physicist Naomi Halas, they can be loaded on their exteriors with drug active ingredients then released into cells. The drugs remain attached to the gold surface until the shells are activated with light; a near-infrared laser, capable of harmlessly penetrating living tissue, which heats up the nanoshell causing its load to detach and get to work inside the cell.

Halas has been investigating nanoshells’ anticancer potential for 15 years, and in the current research, published in the Proceedings of the National Academy of Sciences (PNAS), she and Susan Clare, a breast cancer surgeon, and colleagues at Rice, Northwestern University in Illinois and the University of Copenhagen, are looking at drugs that are particularly difficult to administer— tyrosine kinase inhibitors — which target specific proteins found in several different types of cancer, including leukaemia and tumours of the lung, pancreas, kidney, stomach , liver and thyroid.

“All the tyrosine kinase inhibitors are notoriously insoluble in water,” said Amanda Goodman, lead author of the PNAS study. “As a drug class, they have poor bioavailability, which means that a relatively small proportion of the drug in each pill is actually killing cancer cells.”

The study involved using nanoshells to deliver cytotoxic dosages of two drugs — the tyrosine kinase inhibitor lapatinib and docotaxel — into cultured breast cancer cells and then activating the shells with a laser after they had been absorbed. The laser, even at low power, is capable of penetrating through to tumours several inches below the skin, and the study showed that no drug molecules were released until the nanoshells were activated, at which point the whole load was shed. 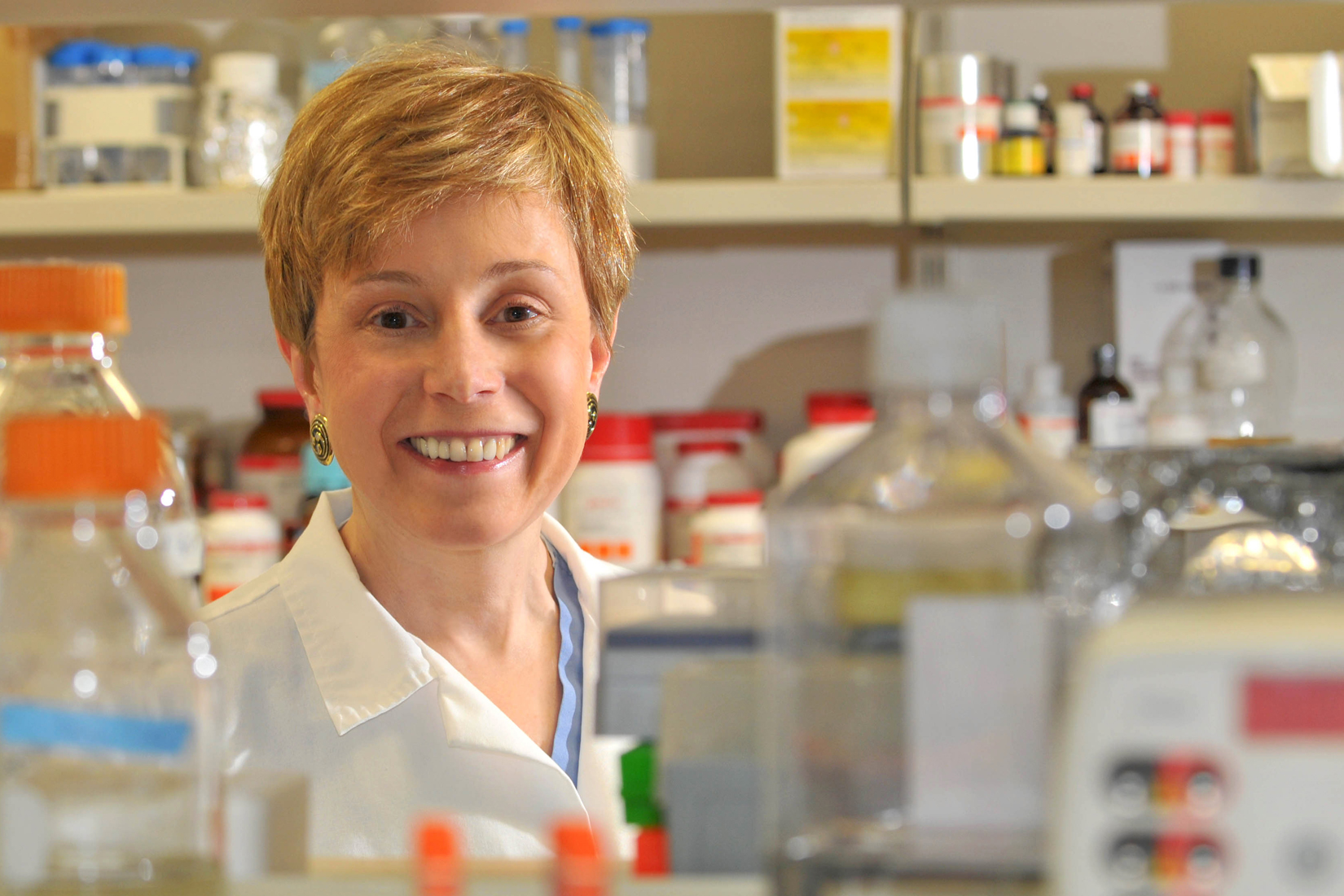 The study used nanoshell-drug conjugates, with the docotaxel attached to the gold with a DNA linker and the lapatanib trapped in a coating of albumin, a protein found in blood. The lead author of the PNAS paper, Amanda Goodman, looked at the effectiveness of different types of laser in activating the nanoshells. This study confirms the clinical applicability of the technique, but the next phase will involve getting the drugs into real tumours in animals rather than cultured cells, for which a different strategy will be needed.

“In future studies, we plan to use a Trojan-horse strategy to get the drug-laden nanoshells inside tumours,” said Halas. “Macrophages, a type of white blood cell that’s been shown to penetrate tumours, will carry the drug-particle complexes into tumours, and once there we use a laser to release the drugs.”

Clare added: “Our hope is that the combination of macrophages and triggered drug-release will boost the effective dose of drugs within tumours so that patients can take less rather than more.”

The next phase of the research is likely to involve testing on mice. “I’m particularly excited about the potential for lapatinib,” Clare said. “The first time I heard about Naomi’s work, I wondered if it might be the answer to delivering drugs into the anoxic (depleted of oxygen) interior of tumours where some of the most aggressive cancer cells lurk. As clinicians, we’re always looking for ways to keep cancer from coming back months or years later, and I am hopeful this can do that.”