Delft University of Technology has been awarded the top prize at SpaceX’s Hyperloop Pod Competition, which took place last weekend. 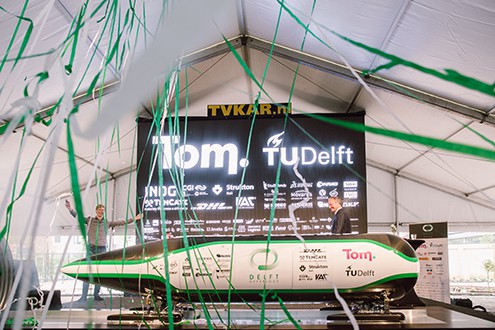 The Dutch university team’s pod was named ‘most innovative design’ at an earlier stage in the competition, which was first announced by SpaceX in June 2015. This latest phase finally saw student teams testing their designs out on SpaceX’s 1.2km test track, built just outside the company’s headquarters in Hawthorne, California.

“It was precisely this award that we had set our sights on,” said TU Delft team captain Tim Houter. “We tried to focus on every aspect and to create a pod that could easily be scaled-up. And our hard work has now been rewarded, it is fantastic.”

In total, 27 teams made it to the final competition stage, but just three (TU Delft, MIT and WARR Hyperloop from the Technical University of Munich) were allowed to compete on the Hyperloop track following structural tests, open-air runs and a vacuum chamber test. As well as taking the overall prize, TU Delft received the award for the best construction and design. WARR achieved the highest average speed, while the MIT team won the safety and reliability award. 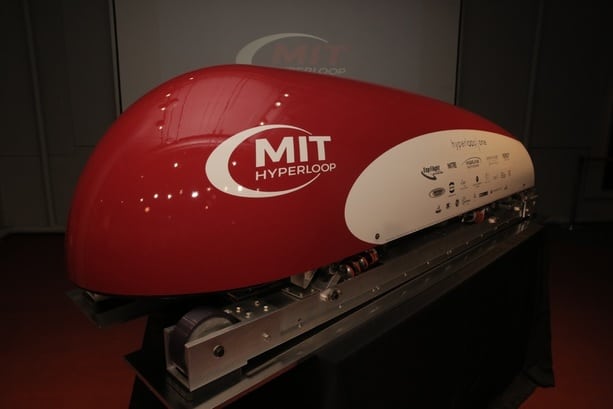 TU Delft made use of carbon fibre to create a 4.5m long, 1m high pod weighing just 149kg. Magnets allow the pod to hover just above the track, meaning high speeds can be achieved with relatively little energy. During the competition, the pod recorded speeds of 90km/h, but the team claims the prototype could reach and withstand speeds up to 1,200km/h on a longer track.

SpaceX has already announced the next instalment of the competition - Hyperloop Pod Competition II – which will take place in summer 2017. The second edition will be open to new student teams as well as those that have already competed, and will focus exclusively on maximum speed.