A US-Navy backed project has created a robotic fish known as Tunabot that is modelled on and mimics both the speed and movements of the yellowfin tuna.

Yellowfin can hit speeds of around 50mph in full flight, and the researchers began by studying the biodynamics of the fish, as well as the swimming mechanics of mackerel. Based on this data, they then built a finless plastic replica fish that mimicked the tail movements of the tuna and was capable of approaching the same speeds as its real-life counterpart. The work, published in the latest edition of Science Robotics, has implications for advanced biomimetic propulsion systems that could use tail fins instead of propellers.

"Our goal wasn't just to build a robot. We really wanted to understand the science of biological swimming," said research lead Professor Hilary Bart-Smith, from the University of Virginia’s Department of Mechanical and Aerospace Engineering. "Our aim was to build something that we could test hypotheses on in terms of what makes biological swimmers so fast and efficient. 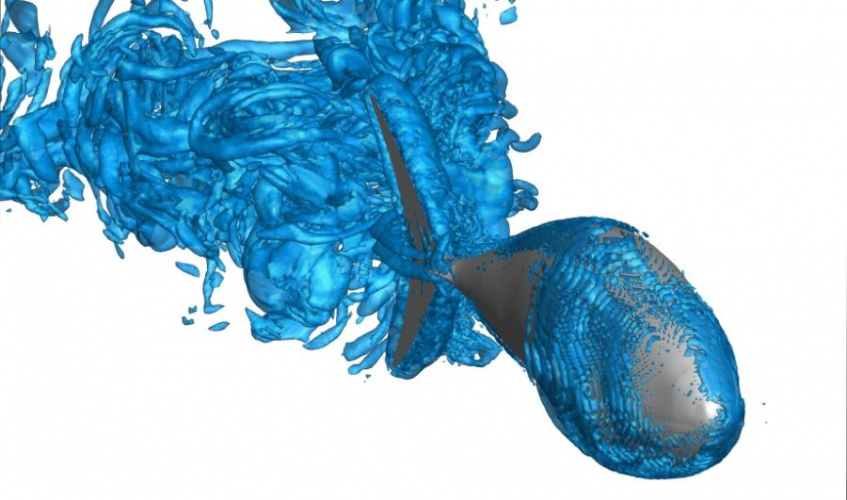 "What is so fantastic with the results we are presenting in the paper are the similarities between biology and the robotic platform, not just in terms of the swimming kinematics, but also in terms of the relationship between speed and tail-beat frequency and energy performance. These comparisons give us confidence in our platform and its ability to help us understand more about the physics of biological swimming."

During testing, a fishing line tether kept the robot steady. A green laser cutting across the midline of the plastic fish measured the fluid motion shed by the robot with each sweep of its tail. As the current of water in the flow tank sped up, the Tunabot's tail and whole body moved in a rapid bending pattern that mimicked oceangoing yellowfin.

The Tunabot project is a spinoff of earlier work to develop an underwater robot modelled on a manta ray, also backed by the US Navy. Although the research is inspired by nature, it also seeks to eventually surpass it, according to Bart-Smith. 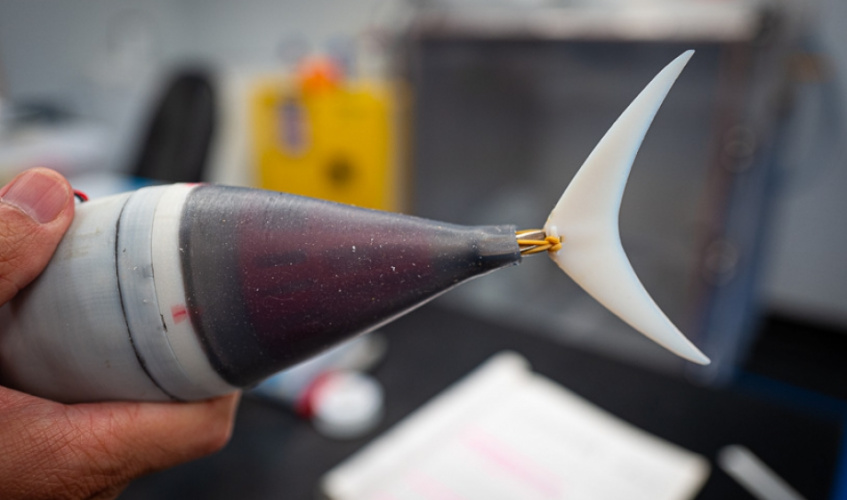 "We don't assume that biology has evolved to the best solution," she said. "These fishes have had a long time to evolve to a solution that enables them to survive, specifically, to eat, reproduce and not be eaten. Unconstrained by these requirements, we can focus solely on mechanisms and features that promote higher performance, higher speed, higher efficiency. Our ultimate goal is to surpass biology. How can we build something that looks like biology but swims faster than anything you see out there in the ocean?"

A turn of speed