Disused mine shafts around the UK could soon be used as giant gravity batteries, capable of reacting to grid demands in under a second. 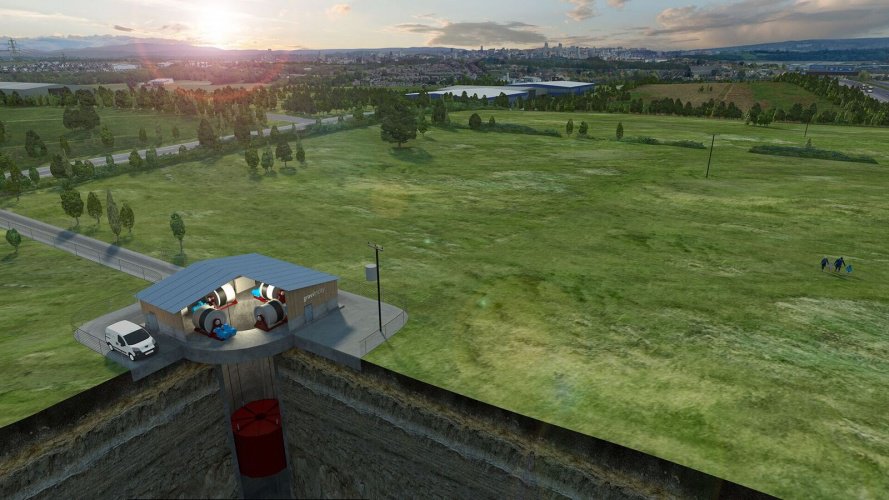 Startup Gravitricity, which has just received a £650,000 grant from Innovate UK, plans to use abandoned shafts to house massive weights. When energy is plentiful, the weights will be winched towards the surface, in much the same way that water is driven uphill in pumped hydro storage. However, unlike pumped hydro, the system should be able to respond to fluctuations in demand almost instantly.

“As we rely more and more on renewable energy, there is an increasing need to find ways to store that energy – so we can produce quick bursts of power exactly when it is needed,” said Gravitricity managing director Charlie Blair.

“So far there is a lot of focus on batteries, but our idea is quite different. Gravitricity uses a heavy weight – up to 2000 tonnes – suspended in a deep shaft by cables attached to winches. When there is excess electricity, for example on a windy day, the weight is winched to the top of the shaft ready to generate power."

“This weight can then be released when required – in less than a second – and the winches become generators, producing either a large burst of electricity quickly, or releasing it more slowly depending on what is needed.”

According to Blair, the system is capable of operating for decades without degradation and could have a lifespan of around 50 years. Models from 1 to 20MW will be offered, with a part-scale demonstrator planned for later this year.

Gravitricity is currently seeking to partner with investors, including those who can bring mining experience to the team. The company is also examining a number of disused mine shafts – both in the UK and South Africa - and hopes to have a full-scale working prototype up and running by 2020.