The US Army has used additive manufacturing to create a fully functioning grenade launcher, along with 3D printed training rounds that have been successfully fired. 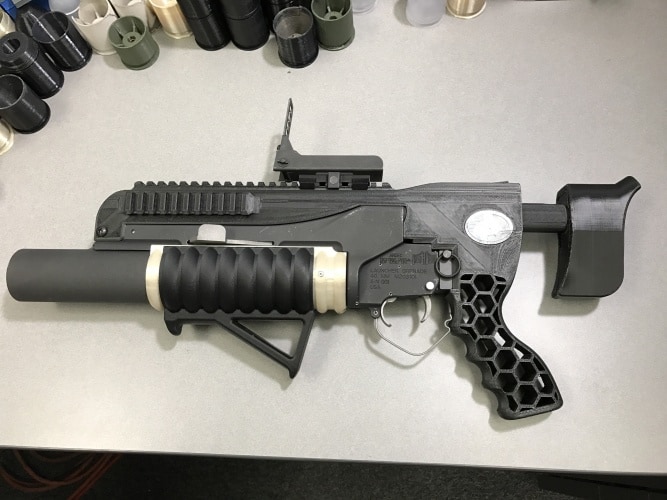 Known as RAMBO (Rapid Additively Manufactured Ballistics Ordnance), the weapon was developed by the Army’s Armament Research, Development and Engineering Centre (ARDEC). RAMBO is based on the 40mm M203A1 grenade launcher, which contains 50 components. All of these, with the exception of springs and fasteners, were produced using various additive manufacturing techniques.

The barrel and receiver were fabricated from powdered aluminium using direct metal laser sintering (DMLS) in a process that took about 70 hours. After some machining and tumbling, they received Type III hard-coat anodising, just like a conventional M203A1. Other components, including the trigger and firing pin, were printed using 4340 alloy steel, which is the same material used to make the weapon by traditional methods. 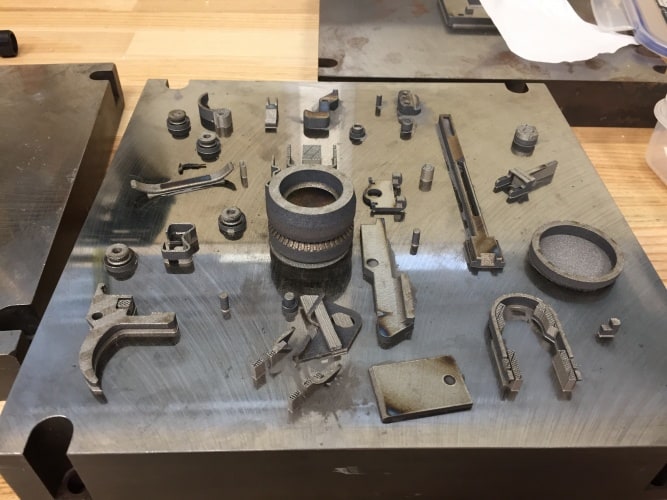 Ammunition for RAMBO was developed by the Army’s Edgewood Chemical and Biological Centre (ECBC) and the Army Research Laboratory (ARL). They chose the M781 40mm training round, as it does not contain any explosives or propellants. The grenade’s windshield, projectile body and cartridge case were created using selective laser sintering and other processes. In order to try and replicate the rifling effect imparted on grenade rounds, the team had to experiment with various materials and techniques, as the zinc from which production M781 rounds are made cannot currently be 3D printed.

The team also consulted with soldiers from the 2-504 Parachute Infantry Regiment of the Army’s 82nd Airborne Division. That input inspired rapidly created weapon prototypes and kits including custom handgrips and adjustable buttstocks, all of which was facilitated by 3D printing.

RAMBO and the test rounds were fired for the first time last October at a facility in New Jersey. According to the researchers, 15 test shots were fired, with muzzle velocities matching conventional grenade launchers to within five per cent. Furthermore, the weapon showed no signs of degradation after firing. RAMBO and its 3D printed ammo are currently undergoing additional testing to evaluate their reliability, survivability and failure rates.