Swedish car giant Volvo has revealed plans to dramatically reduce its overall carbon emissions over the next six years. 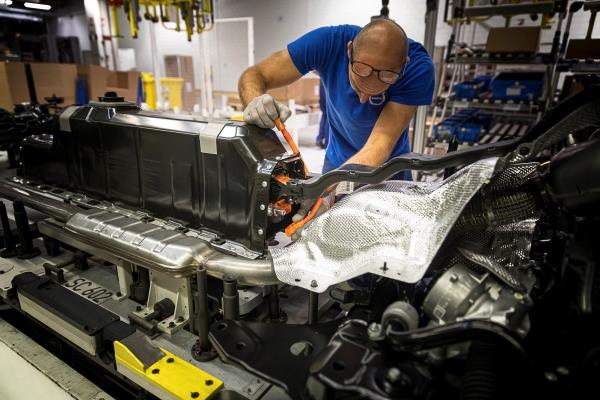 As part of its ambition to become carbon neutral by 2040, Volvo Cars is planning to scale back its lifecycle footprint by 40 per cent between 2018 and 2025. The carmaker is aiming for 50 per cent of its global sales to be fully electrical vehicles by 2025. Other goals that will impact its overall emissions include a 25 per cent reduction of CO2 emissions related to its global supply chain, a 25 per cent share of recycled plastics in new Volvo cars, and a 25 per cent reduction of carbon emissions generated by the company’s overall operations, including manufacturing and logistics.

Does Volvo move mark end of the beginning for EVs?

“We are transforming our company through concrete actions, not symbolic pledges,” said Håkan Samuelsson, president and chief executive officer of Volvo Cars.

In 2017, Volvo announced that it would stop making cars that exclusively used internal combustion engines (ICEs) by 2019, with every new model featuring some form of electrification. This week the company revealed its first all-electric vehicle, the XC40 Recharge. ‘Recharge’ will be the overarching brand name for all chargeable Volvos with either a fully electric or plug-in hybrid powertrain. Volvo claims the new XC40 offers a range of more than 400km on a single charge and an output of 408hp. The battery charges to 80 per cent of its capacity in 40 minutes on a fast-charger system.

“We have said this several times before: for Volvo Cars, the future is electric,” said Samuelsson. “Today we take a major new step in that direction with the launch of our fully electric XC40 and the Recharge car line.”

Bentley to become carbon neutral by 2030