Chemical engineers at Rice University have developed a process to convert biofuel waste into chemicals that fetch a profit.

Chemical engineers at Rice University have developed a process to cleanly convert waste from biofuels into chemicals that fetch a profit.

The new fermentation process allows a version of the E. coli bacterium to convert glycerin - the major waste byproduct of biodiesel production - into formate, succinate and other valuable organic acids.

'Biodiesel producers used to sell their leftover glycerin, but the rapid increase in biodiesel production has left them paying to get rid of it,' said Ramon Gonzalez, Rice's William W. Akers Assistant Professor in Chemical and Biomolecular Engineering. 'The new metabolic pathways we have uncovered pave the way to convert this waste product into high-value chemicals.'

Last year, Gonzalez announced that his research team had developed a new method of glycerol fermentation that used E. coli to produce ethanol, another biofuel.

Even though the process was very efficient, with operational costs estimated to be about 40 per cent less that those of producing ethanol from corn, Gonzalez said new fermentation technologies that produce high-value chemicals like succinate and formate hold even more promise for biodiesel refiners because those chemicals are more profitable than ethanol.

While E. coli ferments glycerol to produce very little succinate, Gonzalez's new version of the bacterium produces up to 100 times more. Succinate is a high-demand chemical feedstock that is used to make everything from noncorrosive airport deicers and nontoxic solvents to plastics, drugs and food additives. Most succinate today comes from nonrenewable fossil fuels.

Gonzalez said he's had similar success with organisms designed to produce other high-value chemicals, including formate and lactate.

Technologies based on Gonzalez's work have been licensed to Glycos Biotechnologies, a Houston, Texas-based startup company that plans to open its first demonstration facility within the next 12 months.

The research was supported by the US Department of Agriculture, the National Science Foundation, Rice University and Glycos Biotechnologies. 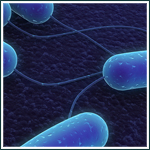