UK researchers have discovered that when oil and water are poured together they meet each other head-on to form a strong and rigid boundary.

When oil and water are poured together they meet each other head-on to form a strong and rigid boundary between each other.

The discovery by researchers at Imperial College contradicts previous research that suggested that when oil and water meet, a tiny layer of water vapour, invisible to the human eye, forms between them, keeping them apart and creating a weak and fluctuating boundary between the two substances.

Oils are hydrophobic substances, which means they repel water and cannot mix with it. This is illustrated by the way any kind of oil and water remain separate if they are poured into the same vessel.

Scientists are interested in understanding exactly how this separation works because these oil-water boundaries play a key role in many chemical and biological processes, from the design of detergents to the function of oily biological membranes, such as the walls of human cells that enclose their content.

The Imperial team used computer simulations of water and oil to show that there is no thin layer of water vapour between the oil and the water as had been predicted - instead, the two liquids were shown to be in direct contact with each other along the length of a boundary, which was strong and robust and not weakly fluctuating as expected.

'This study is one step towards a greater insight into the relationship between oily substances and water at the molecular level - an area of fundamental science which is relatively little-understood, but which has enormous potential for industry, medicine and nanotechnology,' said Dr Fernando Bresme from Imperial College London's Department of Chemistry.

He added: 'It was very interesting to see that our results suggest there is no tiny gap between oil and water when they meet. Despite having a reputation for not liking each other, it seems the opposite is true: they may not be able to mix but they come into full contact with each other at a strong interface.' 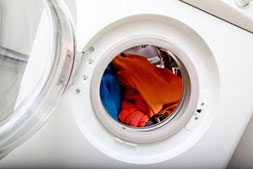 Understanding the oil-water interface will be useful in many areas, including designing better detergents