A new report from the World Wide Fund for Nature (WWF) claims that large new gas plants are not necessary to bridge the UK’s energy gap when coal is phased out. 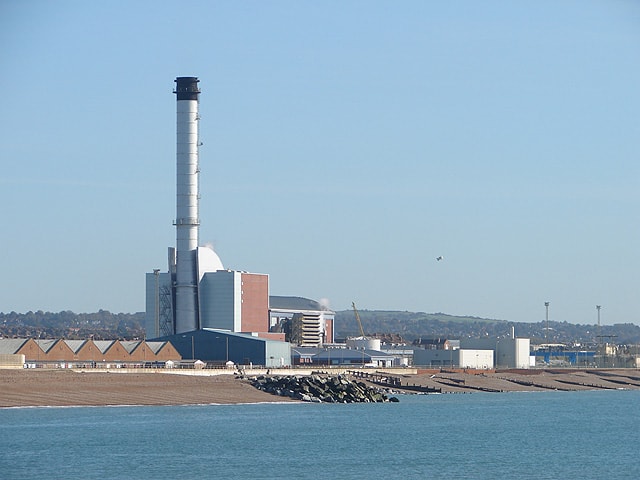 Published in conjunction with climate change think tank Sandbag, Coal to Clean – The end of the gas era is near, outlines the projected energy mix up until 2025.  According to the report, renewables, storage and more flexible technology will provide enough electricity to keep the UK’s grid stable as coal is wound down. It claims that, even by conservative estimates, planned large-scale gas projects aren’t required and that renewable generation will surpass coal’s contribution to the energy mix by 2022.

“The UK government is leading the way and has set an international precedent by sending coal to the dustbin of history,” said Gareth Redmond King, WWF head of Climate and Energy. “However it is essential the government does not substitute one dirty power source for another.

“We need to continue to look forward, doubling down on investment in renewables and targeting our efforts on long-term energy storage. We should focus next on removing gas from the energy mix altogether.” 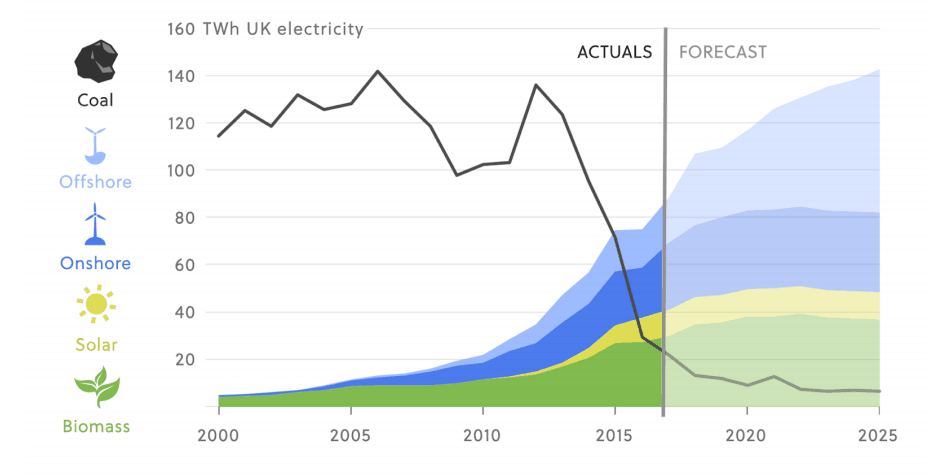 The report found that approximately 5GW of gas capacity will be required to provide a basic, underpinning level of power in 2025 to support intermittency in renewables. As the UK already has almost 10GW of highly efficient combined cycle gas turbine (CCGT) power stations built in this decade, the large-scale gas plants planned to pick up the slack from coal-fired stations are no longer required.

“Amazingly, the UK’s coal phase-out will not require a ‘gas bridge’ as many predicted,” said Sandbag analyst Charles Moore. “Surging renewable energy ensures that gas use in the power sector has already peaked. The UK does not need to build any more large gas power plants to keep the lights on.

“Measures to support the construction of a new wave of large gas plants would prove a costly mistake for energy bill-payers and the climate. Ultimately, meeting our climate objectives will require a total gas phase-out: the government must begin planning for this now.”

The full report can be viewed here.

Cameron calls for coal phase out