Hydrogen-based aviation will be a reality by 2035 and anticipating safety issues will be critical, says Vance Hilderman, aviation expert, author, and CEO of AFuzion.

Hydrogen-based aviation will be a reality by 2035 - AdobeStock

The concept of using hydrogen to fuel aircraft is not a new one. In fact, hydrogen-based fuel goes back to the ’50s, and then gained some traction during the Cold War, only to all but fizzle out in the decades that followed.

But today, hydrogen-based aviation is a real possibility and of growing interest due to its potential for eliminating carbon emissions from aircraft. Aircraft represent just two per cent of worldwide carbon emissions, however aviation is a high-profile industry with perhaps more pressure upon it to reduce its carbon footprint than any other industry.  As a result, the first commercial hydrogen-powered planes may arrive as soon as 2035, but assured safety looms large.

Hydrogen is radically different from the standard fuels used in aviation up to now in terms of efficiency, storage methods, and safety. A shift to hydrogen-fuelled aircraft could require big changes in the safety regulations and infrastructure currently in place in the aviation industry.

Here’s a rundown of two of the top challenges facing industry leaders in aviation, as well as an explanation of why regulations on software to monitor and manage these systems will be critical to addressing safety concerns.

One major factor is cost. Building a test plane that uses hydrogen for fuel requires more space than building a plane that uses conventional fuels because of the sheer volume of hydrogen fuel required. For example, hydrogen fuel tanks and larger and require more material to build than conventional fuel tanks, since hydrogen corrodes metal faster and takes up more space than many other fuel options.

Then there’s the issue of energy loss. Hydrogen fuel loses a high percentage of its energy in transit and in storage. So from the time the hydrogen tank leaves the source, as little as half of the energy may actually reach the plane. In short, utilising any hydrogen-fuelled aircraft designs will be resource-heavy and require a big supply of hydrogen fuel due to this energy loss.

To mitigate the high resource burden of hydrogen-based fuel, there are rapidly-advancing virtual technologies that test out many different designs before the actual-build stage. For example, Airbus has rolled out a demonstrator program, in which a tried-and-true demonstrator aircraft tests different hydrogen-based and hydrogen-hybrid fuel options, so the company doesn’t have to build many different resource-heavy test airplanes.

Hydrogen-based fuels have their own special safety concerns, since leaks and hydrogen-fuelled flames are invisible and escaping fumes have no odour. So hydrogen-fuelled planes require specialised sensors and software to alert maintenance personnel or a pilot to a potentially dangerous leak or fire.

These planes would also require systems to measure energy efficiency compared to energy loss for hydrogen fuel cells and possibly software to detect breakdown rates in storage tanks in order to prevent leaks. A mistake or an error in any of these systems could lead to fires detected too late, planes running out of fuel in transit, and many other issues.

There are already many important standards in place for software quality and safety in avionics systems. The most notable is DO-178C, which defines and requires more stringent levels of testing and quality assurance for more important software systems. But would DO-178C and other current standards be enough in hydrogen-electric aircraft?

The short answer is no. In general, the designs for hydrogen-fuelled aircraft aren’t finalised, and no one knows exactly what they may look like. So, safety assurance could look very different for these aircraft compared to that of conventional airplanes. This will mean that a certification authority like the Federal Aviation Administration (FAA) will need to develop standards for designs that are completely new to the industry. Otherwise, we’d see a significant delay in adoption.

One solution could be to zero in on software and standards that already exist for hydrogen-based technologies in other industries and use those standards as the basis for additional software safety assurance standards in hydrogen-electric aircraft.

Safety standards are an absolute must in avionics software, and all the more so in the exciting new hydrogen-related developments. But if certification authorities don’t want to fall far behind on the zero-emissions efforts of various countries and avionics developments, they need to start adjusting standards for software and safety right now. 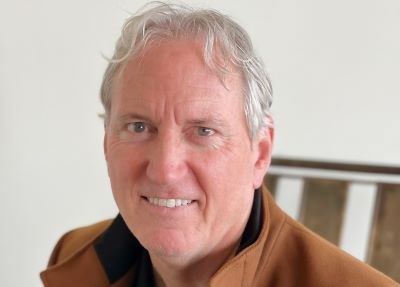 Hydrogen the fuel of tomorrow