Bias in the recruitment process prevents STEM professionals who have had a career break return to employment, says Natalie Desty, founder and director of STEM Returners.

Today we launch the third STEM Returners Index, a window into the challenges STEM professionals who have had a career break face when trying to return to the industry they love.

While the actual results of the survey may have changed slightly over the years, the reality has not changed - age, gender, and perceived lack of experience are still preventing engineers from returning to industry after a career break.

This bias is putting a strangle hold on the industry when it comes to improving inclusion and diversity and not supporting an industry to fill a skills gap that is getting wider each year.

As we announce the results on International Women in Engineering Day (23 June) it’s particularly disappointing to see that nearly a third (29 per cent) of women said they feel they have personally experienced bias in recruitment processes due to their gender compared to seven per cent of men, and despite 39 per cent of females wanting to return to work due to children now being of school age (vs eight  per cent of males), 40 per cent of females still feel childcare responsibilities are a barrier to returning due to lack of flexibility offered by employers.

Why is it that being a primary carer penalises you from also pursuing a career?

This year, the Index, which had more 1,000, respondents, revealed age to be a particular barrier and men are a victim of this bias just as much as women, with 46 per cent saying they felt a victim of bias because of their age compared to 38 per cent of female participants. Bias also appears to become more prevalent with age, with more than half of over 55’s saying they have experienced personal bias, compared to as low as 23 per cent in younger age groups, according to the survey.

There is a perception that a career break automatically leads to a deterioration of skills, but through our work we have found that this just isn’t the case. Many people on a career break keep themselves up to date with their industry, are able to refresh their skills easily when back in work and have developed new transferable skills that actually benefit their employers.

STEM organisations are clearly missing a major opportunity to get highly skilled people back into the industry.

Covid forced many individuals to revaluate their career plans too – our survey showed that for many people Covid was the catalyst for a career break that they might not have taken otherwise, as 36 per cent said Covid was a factor in their decision to take a career break. Redundancy was also on the rise year on year as a reason for career breaks (20 per cent in 2022 vs 17 per cent in 2021) according to the results.

And even though we are coming out of the pandemic and things are returning to normal, the impact is still be felt during the recruitment process - more than a third (34 per cent) said the pandemic made getting back to work more difficult than it would have been already.

Surely the pandemic, with an increase of employer understanding of their workers’ home commitments and more openness to flexible working, is a perfect opportunity to rip up the outdated recruitment rule book, which fails businesses and candidates alike.

But challenging the unconscious bias of the hiring community and recruitment supply chain, as well as changing internal culture to provide a more inclusive environment, requires difficult conversations throughout an entire organisation.

Change is happening but slowly. During the past year, we have increased the number of programmes in the UK by 70 per cent compared to 2021 and we have launched our first fully online placement. We continue to work with some leading engineering and STEM organisations to help share the message that a gap on your CV should not put you at the bottom of the pile, but more needs to be done to change a culture that still views career breaks negatively instead of a completely normal part of many people's working life.

Collectively we should not stop until we’ve created a level playing field for returners, put an end to unconscious bias in recruitment processes, and removed the hidden barriers returners face today. 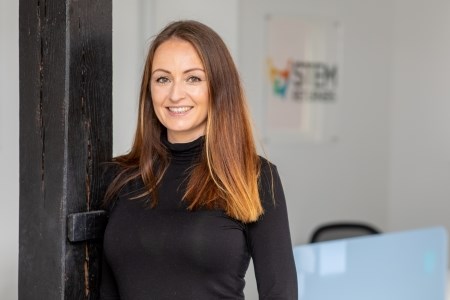