From thrills to forecourt: The potential trickledown effect of the electric hypercar

The McMurtry Spéirling thrilled crowds at this year’s Goodwood Festival of Speed but could innovations in the electric hypercar filter down into the wider EV market? asks Simon Parry, Chartered Patent Attorney and Partner of Mewburn Ellis LLP.

It cannot have escaped many automotive engineers’ attention that an electric hypercar conceived and built by a small and tight knit group of engineers in the Gloucestershire countryside recently took on the might of VW, and won – setting a sensational new outright track record of 39.08s at the prestigious Goodwood Festival of Speed Hillclimb.

That car is the McMurtry Automotive Spéirling.

Together with my colleague Dan Brodsky, I have had the honour of working closely with the engineers at McMurtry Automotive to protect the innovative technology that makes the remarkable performance of the Spéirling a reality.

So what sets the Spéirling apart from other high-performance EVs and might we even see some of its innovation filtering down into the wider EV market?

The most visually striking aspect of the Spéirling is its size.  The diminutive single seater car is merely 3.5m long, 1.5m wide, and under 1m in height.  McMurtry have very deliberately created a car with a footprint comparable to 1960s F1 cars – to minimise frontal area to reduce drag, saving energy, allowing the battery and whole car to be smaller and lighter. This is in stark contrast to most modern performance EVs which are inexorably growing in size and weight.

The Spéirling is dimensionally unique, and benefits from an innovative relationship between its narrow width, centre of mass, and H-point (the location of the driver’s hip when seated in the car), which combine to provide an exceptional rollover threshold – of crucial importance to McMurtry’s goal of building the world’s fastest EV around a racetrack, and a car that is rewarding to drive for the enthusiast. Of course, the exceptionally small size of the car brings with it packaging challenges – not only in terms of batteries and other components, but also for the driver. 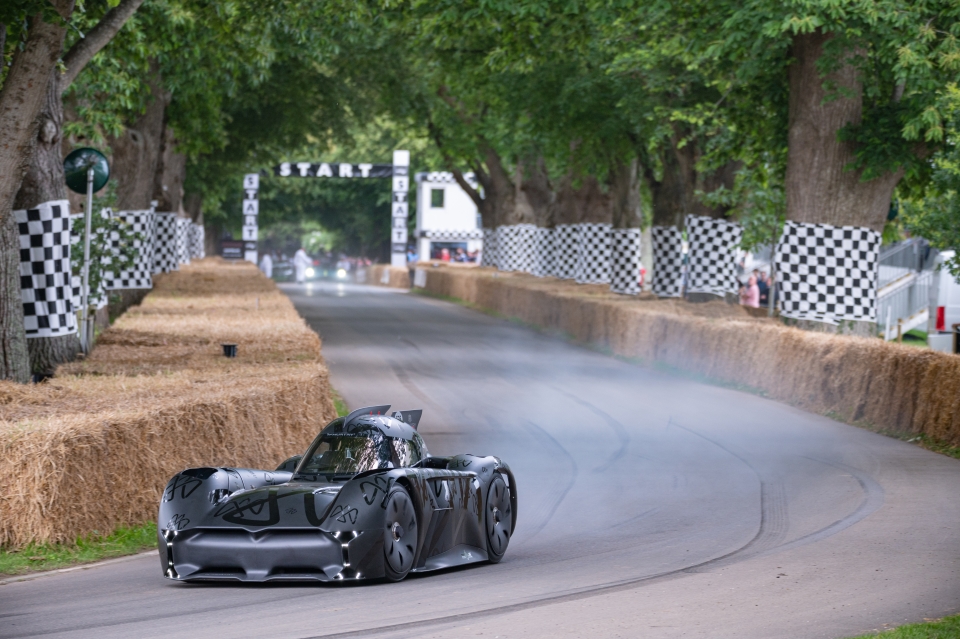 It’s a common gripe of enthusiast drivers that EVs are too heavy to provide an involving drive.  The main culprit of course is the weight of the batteries required to give large EVs sufficient range.  The Spéirling is exceptionally light for an EV – tipping the scales at under 1000kg. And McMurtry are planning a roadgoing variant of the record-breaking edition seen in action at Goodwood, which will have a range of over 300 miles.

Considerable effort has gone into packaging the Spéirling’s batteries, which are packed tightly in the side pods, thereby aiding effective weight distribution. The engineers at McMurtry develop their own battery pack, which is key to controlling one of the biggest elements of the car’s performance and mass.

But by far the most interesting and headline-grabbing aspect of the Spéirling is its unique downforce system.  This is a fan-car.  McMurtry have taken a basic concept first seen on the Chaparral 2J ‘sucker car’ from 1970, and later developed by Gordon Murray to devastating effect in the legendary Brabham BT46B later that decade, and have reinvented it for the 21st century in EV form.

McMurtry’s new system employs a skirt underneath the car, which is used to create a seal against the ground. Two powerful electric fans positioned behind the driver, and running independently of the car’s propulsive motors, draw air from the space inside the skirt, thereby lowering the pressure beneath the car and literally sucking it to the ground. It is the design and innovation in the skirt system that makes McMurtry’s version of this very simple principle so effective – generating 2000kg of downforce, even whilst the car is standing still. To put that into perspective, the Spéirling generates more downforce standing still than a modern F1 car can produce whilst travelling at 150mph. Not only does this provide exceptional grip and cornering speeds, but it allows the Spéirling to achieve remarkable acceleration (0-60mph in under 1.5s) without the need for a heavy and bulky 4WD system as required in most modern performance EVs to provide sufficient traction to deploy their instant torque and achieve headline acceleration figures.  And because the car’s downforce is not provided aerodynamically by drag-inducing bodywork, it is able to achieve a very low drag coefficient – helpful in addressing the battery size vs range conundrum.

Might the novel approach of the McMurtry Automotive Spéirling mark the beginning of a return to small, nimble, and rewarding to drive performance cars in a future of EVs?  Only time will tell, but judging by the reaction from the self-selecting crowds at Goodwood, this car is already making its mark amongst motoring enthusiasts. 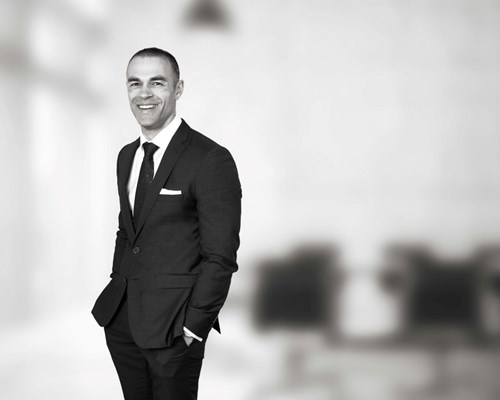