INWED ’22 Opinion: how industry can retain its female innovators

Emmanuelle Göthelid, R&D Manager at Sandvik Coromant, looks at why engineering still lacks female innovators, and reflects on her own experience as a STEM innovator.

Wi-Fi, GPS, computer programming and even the space station power system owe their invention to women. Despite this, most of society’s most praised inventions include Alexander Bell’s telephone, or Karl Benz’s automobile, or Thomas Edison’s electric light — it’s rare that female inventors share the spotlight. Emmanuelle Göthelid, R&D Manager at developer of metal cutting tools Sandvik Coromant, takes a look at why engineering still lacks female innovators, and reflects on her own experience as a STEM innovator.

Taking place on June 23, 2022 with a theme of inventors and innovators, this year’s International Women in Engineering Day (INWED) celebrates the achievements of women who have shaped the engineering landscape we know today. But why do female engineers still not enjoy the same notoriety as many males do?

One indicator that highlights the disparity between male and female inventors is the lack of female patent holders. Women inventors account for just under 13% of patent applications globally, according to a worldwide study by the UK's Intellectual Property Office (IPO). That's one female inventor for every seven male ones. The research also found that more than two-thirds of all patents come from either all-male teams or individual male inventors, while 23% come from mixed gender teams — and just 6% from individual female inventors. Although the proportion of female patent applicants is increasing, the IPO also predicts that at the current rate gender ratios won’t balance out until 2070.

On average, more women gain university degrees than men, and currently make up 20% of all engineering graduates. However, it’s been estimated that nearly 40% of women who graduate with engineering degrees either quit or don’t enter the profession to begin with. Further statistics, this time by the World Economic Forum (WEF), reveal that around 30% of engineering industry workers are women. Of this, a third work in junior roles, under a quarter in mid-level roles and just 9% are CEOs.

All this data paints a clear picture. Women are, in general, pursuing more higher education opportunities than men and more are choosing engineering as a viable career pathway. However, they face more obstacles when climbing the corporate ladder. A 2017 survey by the Manufacturing Institute, APICS and Deloitte asked over 600 women in manufacturing how effectively manufacturing companies are attracting, recruiting and retaining women, and what should be done to close the gender gap. It found that less than 15% of women surveyed believe their industry is very accepting of family or personal commitments and allows them to meet these commitments without impairing their career. 71% believe standards of performance differ for men and women, with 87% believing women are held to a higher standard and 72% feel they are underrepresented by their organisation’s leadership team.

Gender bias, whether conscious or unconscious, still exists in industry and can hamper career retention. But supporting diversity among teams will foster business benefits. In my own experience, fostering diverse R&D talent is key to product innovation.

And there’s evidence to back this up. A team that has a variety of worldview perspectives can educate employees and customers, and reach untapped demographics. Opening up the conversation to new and previously unexplored ideas could help businesses become 70% more likely to capture more markets, according to research. Diverse teams are also better at making decisions 87% of the time over non-diverse teams, offering broader information and bringing more perspectives to the table. Furthermore, McKinsey has concluded that companies with more than 30% women executives are more likely to outperform companies where this percentage ranges from 10 to 30, and in turn these companies are more likely to outperform those with even fewer women executives, or none at all.

Sandvik Coromant’s R&D teams understand the benefits of diverse perspectives all too well. When developing Zertivo, a unique production technology for PVD grades, myself and my fellow project team mates quickly realised that solid, systematic, cross functional teamwork with common objectives was the key to success. R&D is all about learning, sharing, creating, testing, daring — this is not something you do alone, it requires collaboration, interaction and trust. As a gender-balanced team, we really felt the effects of a diverse range of backgrounds and opinions, which I think aided the successful development of Zertivo.

As the saying goes, if you can’t see it, you can’t be it. For myself, receiving recognition for my work hasn’t come without its challenges, and at times it has been difficult to envision a future in STEM. Reflecting on my own difficulties finding an engineering role, being a woman, engineer, with a PhD in physics and long term unemployed is a great lesson of humility. While my journey into a STEM career after my studies was smooth, I struggled to re-enter the industry after the start-up I worked for fell through. I even applied for jobs outside of STEM, without success, before returning to the industry some time after. The realisation that a PhD is no ticket to employment teaches you to think outside of the status quo and in the long-term it’s made me more open to other pathways.

My advice for inspiring female innovators? Be open minded and always look at the bigger picture, especially when times are tough. Dare to ask “why?”, even if you feel it’s not your place to ask the question. It’s an innovator’s job to be curious, but it’s also important we question the status quo and challenge others with new perspectives. Having the right support network around you is also valuable — especially when you feel your progress is stagnating. It’s about working together, collaborating and contributing towards a common goal.

Businesses, especially in engineering, need to be open about the fact diversity doesn’t always come easily. It can take work, time and attention to ensure everyone’s voice is heard, but allowing people to feel that is so important. For me, speaking out not only about my team’s successes in R&D, but also about how being in a minority can be challenging, is key to keeping diverse people in STEM. Female inventors may not be in the majority, but giving a voice to those that are will certainly help shift perceptions. After all, Edison and Bell aren’t industry’s only engineering heroes. 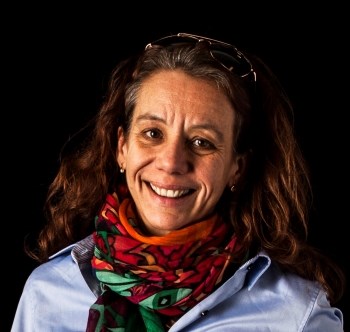 INWED ‘22 profile: Tips on how to make it in a male-dominated field