Making the most of the microbes

Novelist Jon Wallace considers the science fiction implications of engineering stories that have caught his eye. This month: some unlikely heroes and villains in the form of bacteria

Ah, microorganisms. Is there anything they can’t do? For the writer seeking to destroy civilisation, microbiological agents such as viruses and bacteria have become a popular tool. The ‘Outbreak’ scenario allows us to strip our characters of law and order’s protections, placing them in exciting future frontiers.

We normally follow a plucky group of survivors picking through a Mary Celeste world, fighting off the hostile infected: humanity returned to evolutionary struggle. Unlike post-nuclear war tales, we can offer a glimmer of hope to our characters – of a cure, that brings us back from the brink, and turns the lights back on.

Often enough, the disease becomes a character in its own right, given a title by its mad inventors, a face by its symptoms. It’s a demon that possesses us, transforming us into grotesques, vampires, zombies. Here scifi is infected by horror and fantasy, losing any sense of scientific grounding; the fact that some Frankenstein created a monster in a test tube is regarded as ‘science’ enough.

Often these stories are pessimistic, playing on modern fears of something ugly lurking beneath

the veneer of civilisation (The Walking Dead); of overconfident human science treading on God’s toes (The Stand); or of nature’s revenge on a globalised world (Outbreak). All are united by fear of the unseen, of microbiology as an invisible invader we cannot recognise until it has already occupied us. In an era of HIV and antibiotics, bacteria seem less threatening to writers, and often lose out to viruses as the ultimate antagonists – even as antibiotic resistance grows, even when bacteria have given us cholera, anthrax, leprosy and bubonic plague. 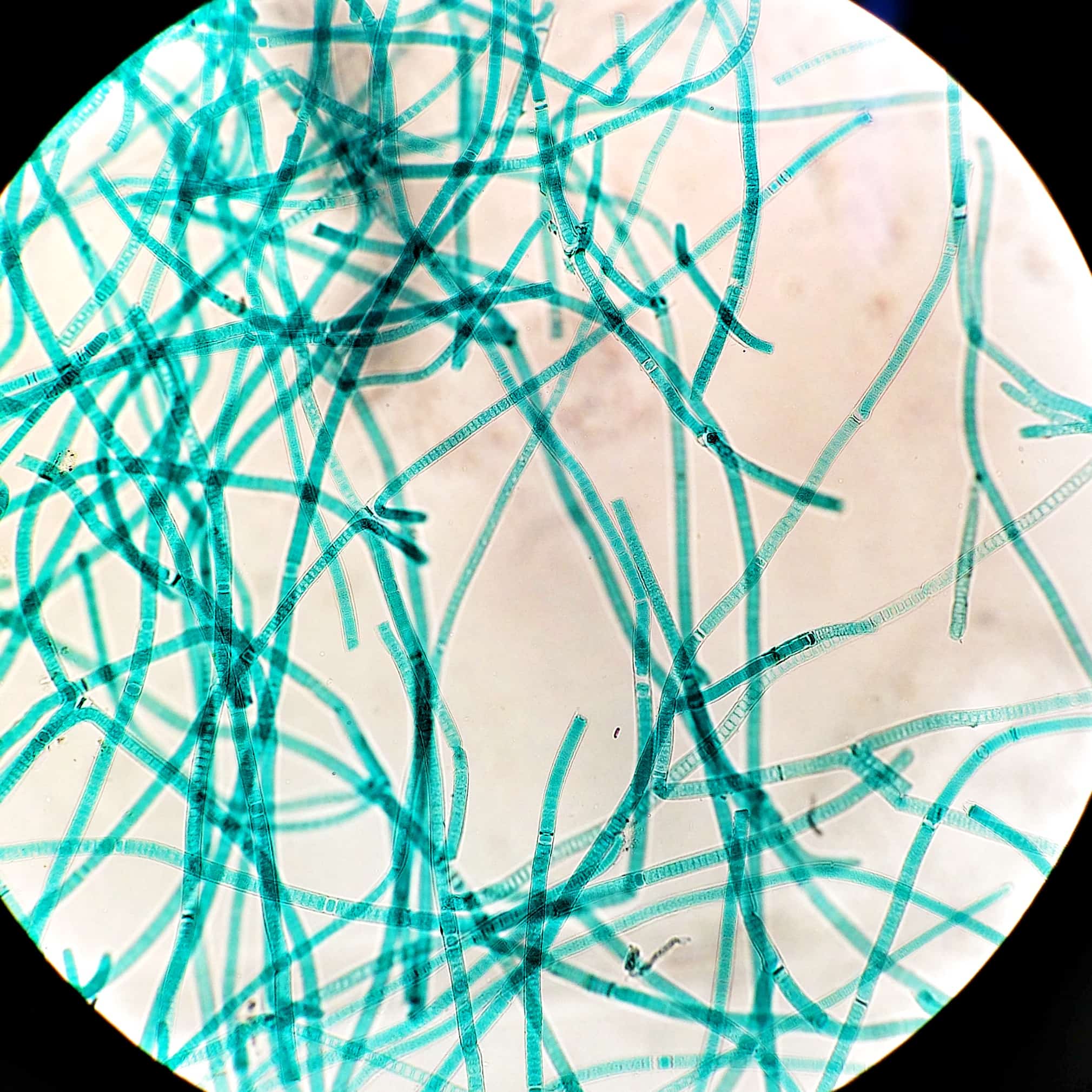 Should microorganisms play such a limited role in our fiction? The more you investigate the science, the more new story avenues present themselves – where bacteria offer intriguing possibilities beyond the narrow confines of lethal pandemics.

This month, for instance, The Engineer reported on new developments in bacteria-powered energy production; researchers in the US are using cyanobacteria (a phylum that obtains energy using photosynthesis) to create ‘bio-solar panels’, which produce electricity, opening the way to advancements that could release bio-solar cell technology into practical applications.

Such applications are emerging all the time, offering a vision of a future where microorganisms solve our man-made problems; creating clean energy such as the bio-solar panels; bringing rain to drought-hit regions through bio-precipitation; cleaning up toxic waste through bioremediation. Bacteria seem to be crucial to our future development.

Space exploration could be fertile ground for bacteria fiction. Could it be that rather than manned space travel to other worlds, we might first see bacterial astronauts? Bacteria are, after all, among the hardiest of organisms: flourishing in the deepest parts of the ocean, in acidic hot springs, in the Earth’s crust; and in manned spacecraft. Would such organisms not be crucial to colonisation of space?

A story could see dormant starships dispatched to a system boasting an Earth-like world. On reaching the system, the craft’s bacteria are woken by the suns rays, powering up the craft’s systems, which fire bacterial seeding pods into the planet’s atmosphere, making rain and fermenting new organisms, a

genesis that makes mankind a new world in six days.

Perhaps the bacterial future will be on a more intimate scale: the human body contains at least

as many bacteria as human cells, in our guts, in our orifices and on our skin. We are only beginning to understand how they influence our health, even our minds. Recent studies even suggest that gut bacteria have a powerful effect on our mood and cognitive function.

It’s not the only profession that could be changed by bacterial engineering: HR managers might turn to seeding office keyboards with happy, healthy bacteria, programmed to infect workers and ‘switch off’ on leaving the office – making the workplace the only location where we are truly content.

However the future plays out, one thing seems certain; the more we understand bacteria as equal inhabitants of our world, as capable of good and bad effects as humans, the better we’ll understand ourselves – and the more new, infectious stories we’ll have to tell.

Jon Wallace is a science fiction author living and working in England. His new novel, Steeple, is published in paperback. Check out his website jonwallace.co

Making the most of IP

Something new under the sun