Network Rail looks to digital solutions to ease its woes

It probably won’t come as a huge shock to commuters across the country that Network Rail is in trouble over missed targets in its current five-year plan. Neither, one suspects, will commuters be shedding too many tears for the owner and operator of the UK’s rail network, as the national media puts the collective boot in. Alongside discussing the weather, complaining about rail travel is one of the nation’s favourite pastimes.

Those complaints are certainly not without basis however, according to the latest figures. Network Rail has failed to meet the punctuality target of 92.5 per cent that it set for itself, with only 89.6 per cent of trains on time in 2014/2015. A small margin perhaps, but with 1.5 billion passengers carried each year, that translates into millions of delayed journeys and missed connections, and all the appointments, funerals, football matches and children’s bedtimes that ultimately become casualties of the network’s failings.

Though the current system is undoubtedly overworked, Network Rail can’t be held responsible for all its shortcomings. Underinvestment stretches a long way back prior to Network Rail being founded in 2002. On top of this, passenger numbers have doubled in the past 20 years, and are expected to double again in the next 30. In order to cope with this huge increase in demand, the rail network is going to have to evolve like never before, and technology needs to be at the centre of that evolution. 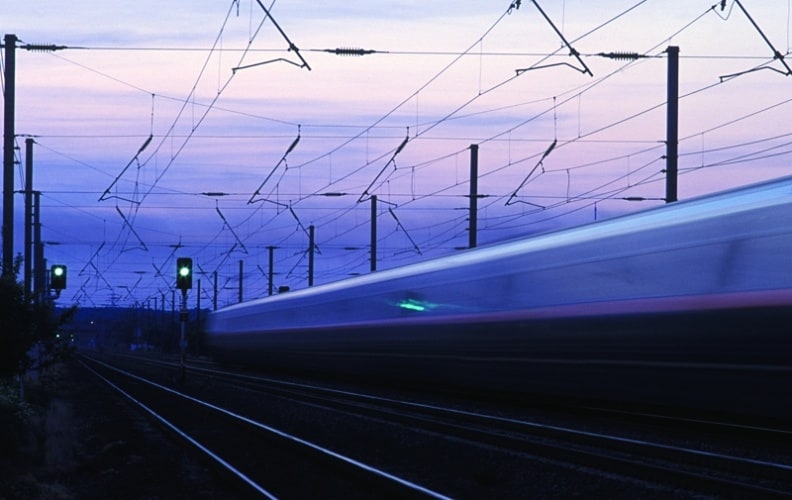 On Thursday I attended the Imagine Festival in Milton Keynes, organised by the Transport Systems Catapult to showcase some of the latest innovations in Intelligent Mobility and to discuss the future of transport.  Speaking as part of a panel session titled ‘Rail Revolution’, Patrick Bossert, Network Rail’s director of digital transformation, outlined some of the solutions that are being put in place to address the challenges of the UK’s ageing rail network.

“When you look at the constraint on capacity, we could actually run more trains on the network, but the signalling system – a train protection system that was designed in the Victorian era – is still what we use to keep trains apart,” he told the Imagine Festival audience.

“Very simply, we can’t put a train into a section protected by a signal until the preceding train has moved out of that section. It’s a very effective safety system, and we have one of the safest railways in the world, but it’s a lot of asset and it’s quite hard to maintain because it’s in quite a difficult place to maintain.”

The UK’s rail network is a marvel of 19th century engineering, but while much of the infrastructure has been able to evolve, the signalling system remains a relic of a bygone era, and one which is severely hampering the full use of assets at Network Rail’s disposal.

“Half the railway is being kept blank because of the way signalling operates,” continued Bossert. “So the obvious answer is remove these signalling sections that keep the trains apart – and often three miles apart, really quite big distances – and move to digital train control where we’re actually using intelligence and information to keep the trains a safe distance apart.”

“For many parts of our railway that will enable us to put 40 per cent more trains on to key sections of our network. That’s using assets that we have today. So digital enablement with capacity is certainly something that we need to do and do fast.”

Bossert pointed to the aviation industry as a good indicator of how digital technology could be used. Using air traffic control and Heathrow flight paths as an example, he argued that if large passenger planes travelling at hundreds of miles an hour could be lined up 135 seconds apart, there was no reason the rail industry couldn’t follow suit.

Another area where technology could be embraced to improve rail efficiency is timetabling. Perhaps surprisingly, given their complexity, rail timetables are still largely created and tweaked using human input, and this is something that should be handled automatically using algorithms, according to Bossert.

“There are 300 people designing the timetables – pretty much manually – so introducing computer intelligence to the design of the timetables, and then real-time intelligence to help the trains manage, means we can control the flow of traffic beautifully and keep all those marbles rolling,” he said.

“Rather than relying on people, we then rely on game theory to optimise the traffic on the network and we can manage supply in relation to demand.”

Unfortunately, all the technology in the world is unlikely to ever get us to full efficiency and zero delays. With a network this complex, delays are inevitable. What’s important however, is that train information is available to customers and that they are empowered to act when delays occur. To achieve this Bossert said that train data needs to be opened up further to third parties, in much the same way that Tfl has done with its wealth of London transport data.

None of this is going to happen overnight however, and the digital signalling work has a timeframe that stretches far beyond the current five-year plan, which ends in 2019.

“We are building out the digital train control across the whole of the UK by 2029, that’s what we’re working with the supply chain to do,” said Bossert.

“No other railway with this density of traffic has achieved anything like this, or even started on a journey like this. So I think it will be a really good opportunity to foster a lot of innovation through partner organisations and really put the UK on the map again for digital innovation in transport.”

Pinpointing core to earth faults for a safer rail network