Senior Reporter A prominent media voice has over the past two weeks extolled the virtues of global warming, and denied the benefits of government funded scientific research. He also happens to own the land on which England’s biggest open-cast coal mine is situated.

A couple of weeks ago a friend of mine pointed me in the direction of an interesting Times article (paywall) on the economic benefits of global warming. It argued that increased CO2 in the atmosphere enhances plant growth, leading to greater crop yields, reducing world hunger etc. I had come across similar arguments before, but this was particularly cogent, and appeared to have plenty of evidence to back up its points.

What I didn’t realise at the time was that the author of the piece was one Matt Ridley, otherwise known as Tory peer Viscount Ridley, owner of the land on which England’s largest open-cast coal mine operates, and former chairman of Northern Rock. It wasn’t until the Viscount’s Northumberland family estate was hijacked this week by a group of protesters calling themselves Matt Ridley’s Conscience that I put two and two together. 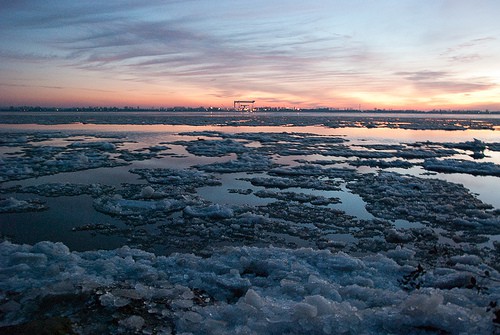 Ridley is an eloquent writer and speaker, a potent combination when paired with his climate scepticism. And he has a genuine point about CO2 levels and the benefits to the plant world. In the short-term, humans may in fact attain some marginal gains from increased CO2 in the atmosphere. What he denies, however, is the catastrophic long-term effects that the vast majority of scientists agree will result from the Earth warming above two degrees.

It is widely accepted, by everyone from Bank of England Governor Mark Carney to Barack Obama, that the majority of fossil fuel reserves known today need to be left untapped if we are to stay within the two degree limit. I suppose when your family is benefiting financially from coal extraction, this presents something of a conflict of interest, and one that should certainly have been made explicit in The Times.

Just as nine members of Matt Ridley’s Conscience were being arrested on the Viscount’s estate, the grassroots organisation Science is Vital was gearing up for a rally in central London to “celebrate science, and demand that the government set out a positive plan to invest in it.” The UK’s public science spend has declined to 0.44 per cent of GDP. This is about half of the G8 average, and actually less than any G8 country has spent in the last 20 years.

While the UK goes cap in hand to China to develop the nuclear infrastructure that will keep the lights on for the next 50 years, George Osborne and the Department for Business, Innovation and Skills are at the same time telling the research councils to model cuts of 25 to 40 per cent. Rather than preparing to reverse the decline in the R&D budget that has occurred over the past number of years, the government is planning on slashing innovation investment even further.

Interestingly, Osborne’s Westminster colleague Viscount Ridley has an opinion on this as well. In an article last week for The Wall Street Journal – another Murdoch title incidentally - Ridley argues that the evolution of technology and innovation happens independently of investment. According to him, the inevitable march of technology means that government funding for science is irrelevant. Private capital and industry will do any heavy lifting, and the government can take a back seat and let nature run its course.

While private capital is an absolutely vital driver of innovation, it is very often governments that lay the foundations for progress, with industry taking the reins once the path is clear. With nuclear energy, or space exploration for example, there is no way humanity could have achieved what we have to date without massive initial public investment. Private companies like SpaceX would not exist today without the huge public spend on the Apollo programme. Conversely, imagine if all medical research was left to pharmaceutical companies? Or if climate policy was left to the energy sector? It’s for these reasons that Ridley is wrong, and that government needs to lead the way on both climate change and science in general.