Scifi Eye: the soldier of the future

Novelist Jon Wallace considers the science fiction implications of engineering stories that have caught his eye. This month, examining the predicament of the soldier of the future

Super Soldiers are not the easiest subject matter for the science fiction writer in search of heroes. Too many soldiers with too much technology inevitably wield too much power, and consequently fail to gain a reader’s sympathy. Overwhelming strength takes on an oppressive character in the imagination, and armies more often serve as antagonists, stormtroopers whose chief virtue is their faceless abundance; cannon fodder for heroes.

Soldiers find their element in science fiction when they are isolated or set apart from command. Sometimes the storyteller will pick a core group out of the mass, rendering them as rebellious as possible within the conformity that is military service. Their ‘super’ abilities (usually linked to a retained capacity for spontaneity and initiative) are played up, then knocked down in the face of an unexpected, overwhelming foe – tossing in betrayal for good measure: witness the Sulaco Marines of Aliens and the rescue team in Predator. 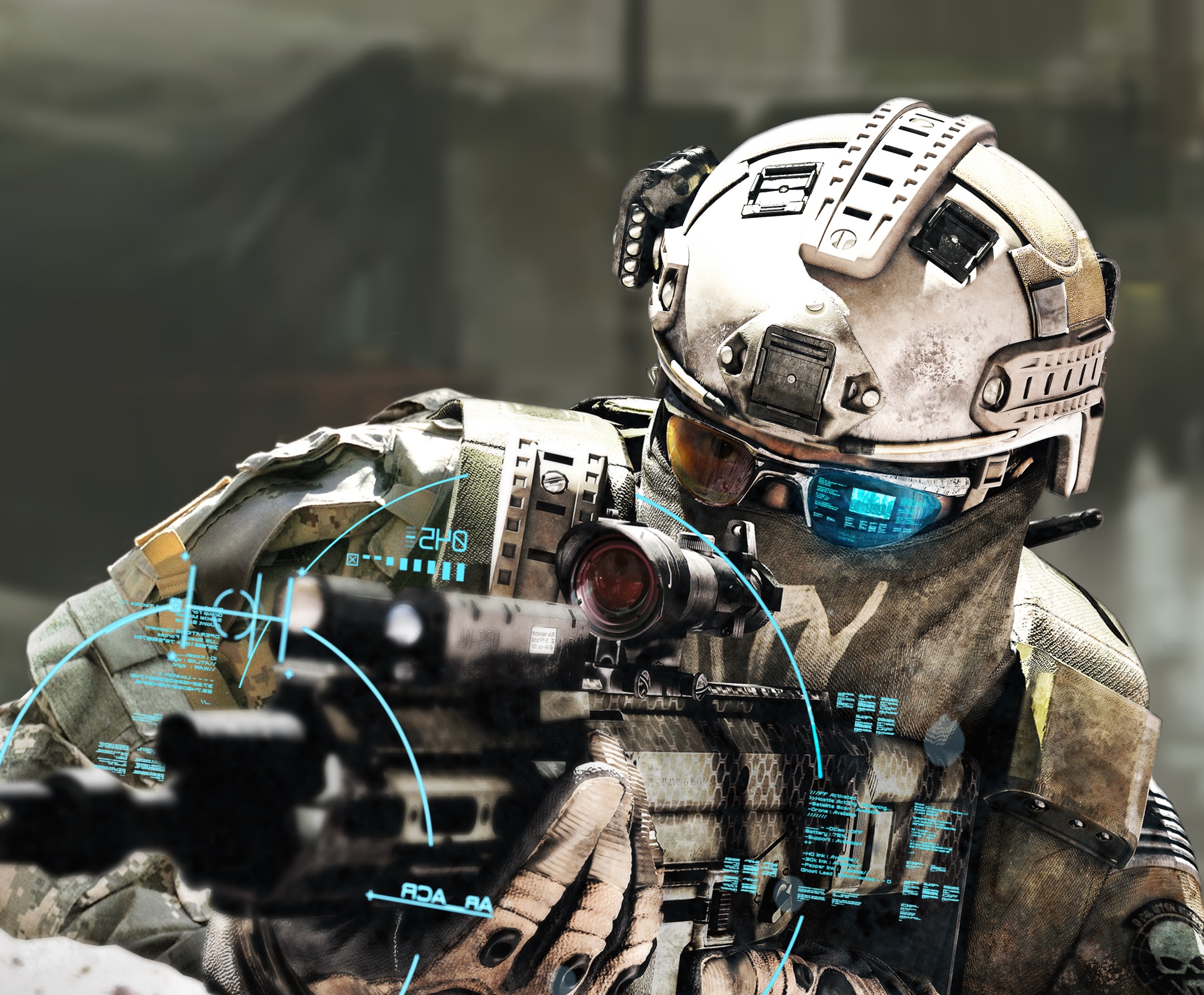 Where a soldier is portrayed in isolation, the story often focuses around a gifted individual – Ender’s Game’s Ender or All You Need is Kill’s Keiji Kiriya – who has unique agency in victory. Others are cut off from command, and compelled to rediscover their humanity, as in 1992’s Universal Soldier. In other works, such as Joe Haldeman’s The Forever War, one soldier’s experience conveys an anti-war message about the way combat dislocates soldiers from previous lives.

Whatever the case, the writing of military science fiction is a constant exercise in drawing individuals out of the mass. So when The Engineer reports on Dismounted Close Combat Sensors (DCCS), which promise to better network the troops of the future, writers might worry that engineers are making our jobs harder. DCCS accurately calculates the position of individual soldiers, even without GPS, and allows them to be tracked in buildings and tunnels. A combination of camera, laser and orientation sensors shares information between wearer and commanders.

What are scifi writers supposed to make of this? Any army where commanders are able to share their troops’ experience in such intimate fashion leaves very little wriggle room for the outlaw spirit of a Hudson or a Dutch. Might the increasing meshing of grunts to command leave them little more than flesh drones?

Well, perhaps. But on reflection there is ample room for story in the world of the networked future soldier. How will wars be fought if commanders experience the battlefield through closer connection to their soldiers? The slaughter of war would certainly become more immediate.

We might tell the story of a future army of soldiers whose very senses are shared with their commanders. When called to battle the army falls back in disarray, starved of orders, as its commanders are traumatised by an acute networked traumatic disorder – brought about by the shared experience of countless brutal combats. In the absence of generals the army evolves to work more like a swarm, prevailing via a shared, fully co-operative form of decision-making.

Even in worlds where commanders maintain complete control of their troops, there is potential for stories; perhaps drawing inspiration from military history. We could tell the story of a future Napoleon, whose army of obedient super soldiers have realised his strategic genius on a grand scale, bringing countless planets under his yoke. His march is only halted when, landing on some backwater planet, a sudden, brutal winter renders their vaunted technology useless, freezing super weapons; scattering communications and greying out the skies, preventing rescue. Lost in drifts, his army falls into sickness and starvation, picked off by natives who turn the conditions to their advantage. Future Napoleon is finally caught in the thaw and run through with a spear, falling in the most primitive combat imaginable.

Leaving history, what might the present indicate for future soldiers? We live in a world of growing inequality and runaway military costs, where it is not hard to imagine total military privatisation. We could set a story in a world where a caste of oligarchs hire nations’ networked, obedient armies to alleviate their personal boredom; competing with them as if they were conkers, waging war from their living rooms.

Yet perhaps there is hope. There is, after all, an air of make-believe to many military engineering stories, the most prestigious projects more boondoggle than wonder weapon. Whether stealth fighters, networked troops or robot soldiers, the idea of a shooting war between the world’s major powers is a fantasy.

In that case, might all the technological invention of military engineering be entrusted to single warriors, nations’ differences settled by the clash of champions rather than armies? What of a future where the rulers of nations are compelled to strap on the tools of war, to kill or be killed for their countries, while the voters watch from their sofas?

Jon Wallace is a science fiction author living and working in England. His new novel, Rig, came out in paperbook and ebook in June

Scifi Eye: A humble future for the world’s great navies