We need to talk about Trident

With austerity continuing to bite, and the debate over cuts in funding to vital services such as flood defences at fever pitch, Britain’s humongously expensive Trident replacement program has rarely looked like more of an anachronism.

With an expected lifetime cost of at least £100bn, the proposed modernisation of our nuclear deterrent is, by some margin, the biggest British investment project on the table.

But though the project is far from uncontroversial, its probably fair to say that it has paled alongside the considerably cheaper HS2 in the public debate stakes. It’s a curious thing. On the one hand, we have a new rail network designed in response to an identified need for extra capacity. On the other, a relic of the Cold War designed for a threat that many agree no longer exists. Yet, for now, the rail network provokes more ire.

According to a report out this week from the Nuclear Education Trust, this needs to change.

With the government’s final decision on Trident due in 2016, the independent report calls for an intelligent nuanced public and political debate on the Trident replacement programme before we commit to spending money that could be invested in other areas of the economy.

It’s an interestingly balanced piece of work drawing on contributions from, amongst others, General Sir Mike Jackson, former defence secretary Malcolm Rifkind, and a host of academics and defence industry insiders.

Some contributors back a Trident replacement programme, others question the legality of the move in the light Britain’s nuclear non-proliferation treaty obligations.

But despite this there are some interesting areas of consensus, not least that a decision to replace Trident should be based on evidence, and a clear understanding that it represents the only solution to a credible threat. There’s also a growing feeling that investing around £100bn in addressing a threat that may or may not exist at some point in the future is a rather inconsistent way of going about things.

As director general of the Royal United Services Institute (RUSI) Prof Michael Clarke, one of the contributors to the report, put it, ‘If you told the Chancellor of the Exchequer that the Treasury should fund 20 hospitals just in case there was a pandemic he would laugh at you. Why should this argument be any more creditable when it comes to nuclear weapons?’ 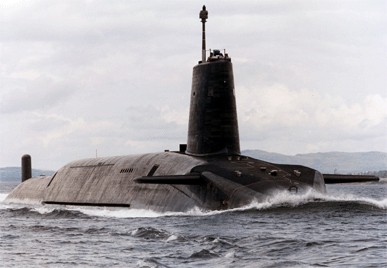 Earth Day 2021: We need to talk about geo-engineering

Engineering needs to talk about inclusion

We need to recognise the value of plastic