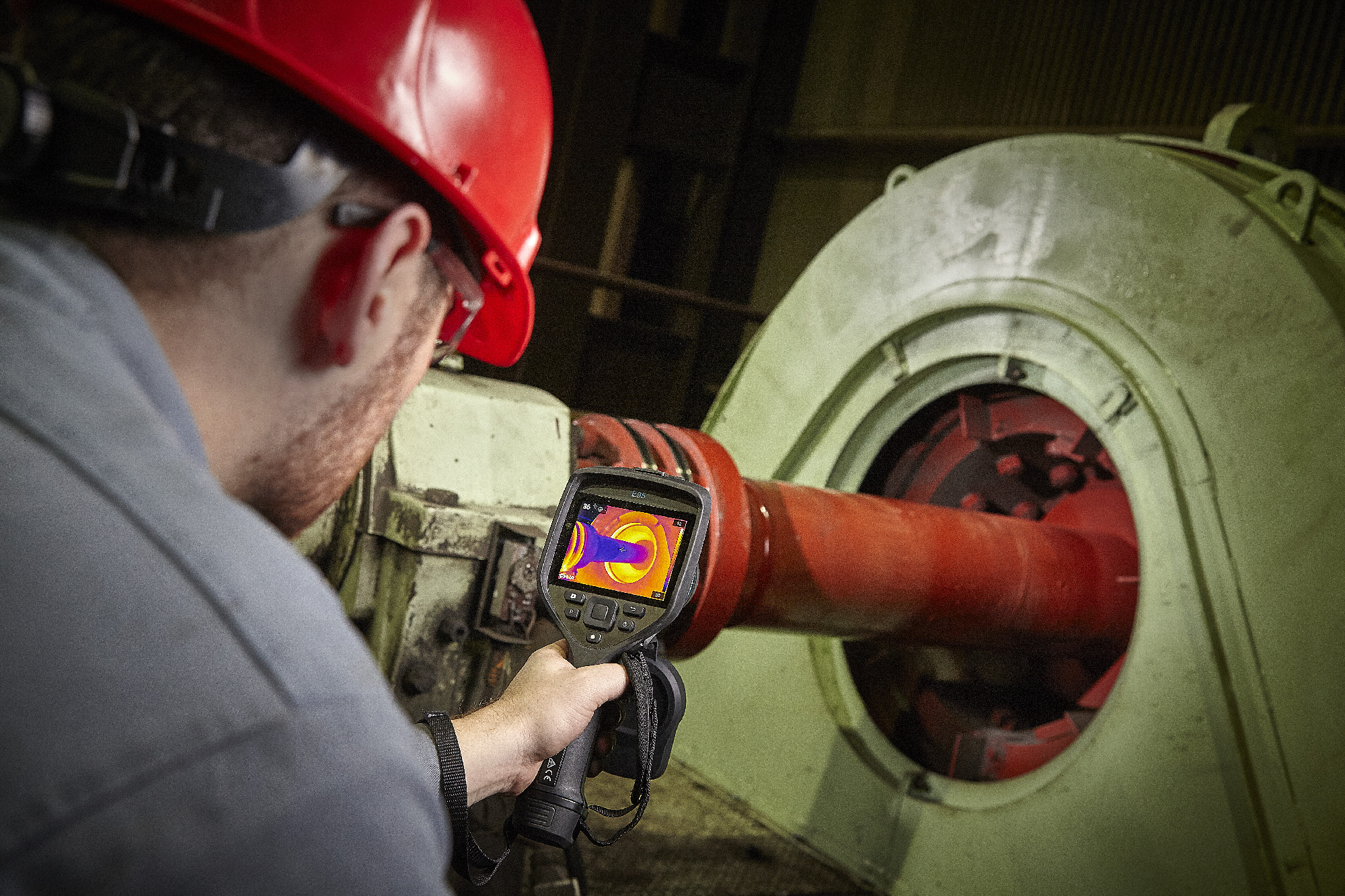 FLIR Systems has announced three new Exx-Series advanced thermal imaging cameras for electrical, mechanical, and building applications: the FLIR E75, E85, and E95. The redesigned, Wi-Fi-enabled Exx-Series features intelligent interchangeable lenses, laser-assisted autofocus modes and area measurement functionality, improvements to FLIR’s patented MSX imaging technology, and a larger, more vibrant 4in touchscreen. These distinctive features, combined with increased sensitivity and increased native resolution, will help professionals identify hot spots or building deficiencies before potential problems become expensive repairs.
In redesigning the Exx-Series, FLIR developed a new range of compact intelligent, interchangeable lenses that the camera automatically recognizes and calibrates, eliminating the need for manual calibration. The Exx-Series now also features laser distance measurement that assures precise autofocus to improve temperature measurement accuracy, and specifically for the FLIR E85 and E95 models, provides the data for on-screen area measurement in square feet or metres. In addition, the FLIR E85 and E95 models offer increased thermal detector resolutions with up to 464×348 (161,472 pixels), and measure temperatures up to 1,500˚C.
In conjunction with FLIR Tools, the FLIR E75, E85, and E95 are the first Exx cameras to offer UltraMax, FLIR’s embedded, super-resolution process that improves effective resolution by four times – up to 645,888 pixels – and thermal sensitivity by up to 50 per cent. All models also feature significant improvement to FLIR’s MSX technology, which now utilizes a five-megapixel visual camera for improved image clarity and readability. These improvements, combined with a display that is 33 per cent brighter and 30 per cent larger than previous Exx models, yield more vibrant and detailed thermal imagery.
The Exx-Series cameras also feature a rugged, water-resistant design, and scratch-resistant Dragontrail cover glass over an optically bonded, projected capacitive (PCAP) touchscreen. A simplified user interface delivers faster, more intuitive operation, and coupled with enhanced Wi-Fi, Bluetooth and Meterlink connectivity, archiving and report generation has never been easier.
The new FLIR Exx is a powerful and non-invasive tool for ensuring all electro-mechanical elements involved in the production process are working optimally.  As well as being suitable for electrical inspection, the camera can spot defective rollers on a conveyor, overheating motors and bearings, inspect moulds, detect tank levels and monitor thermal processes.
The FLIR E75, E85, and E95 cameras will be available for sale in March.