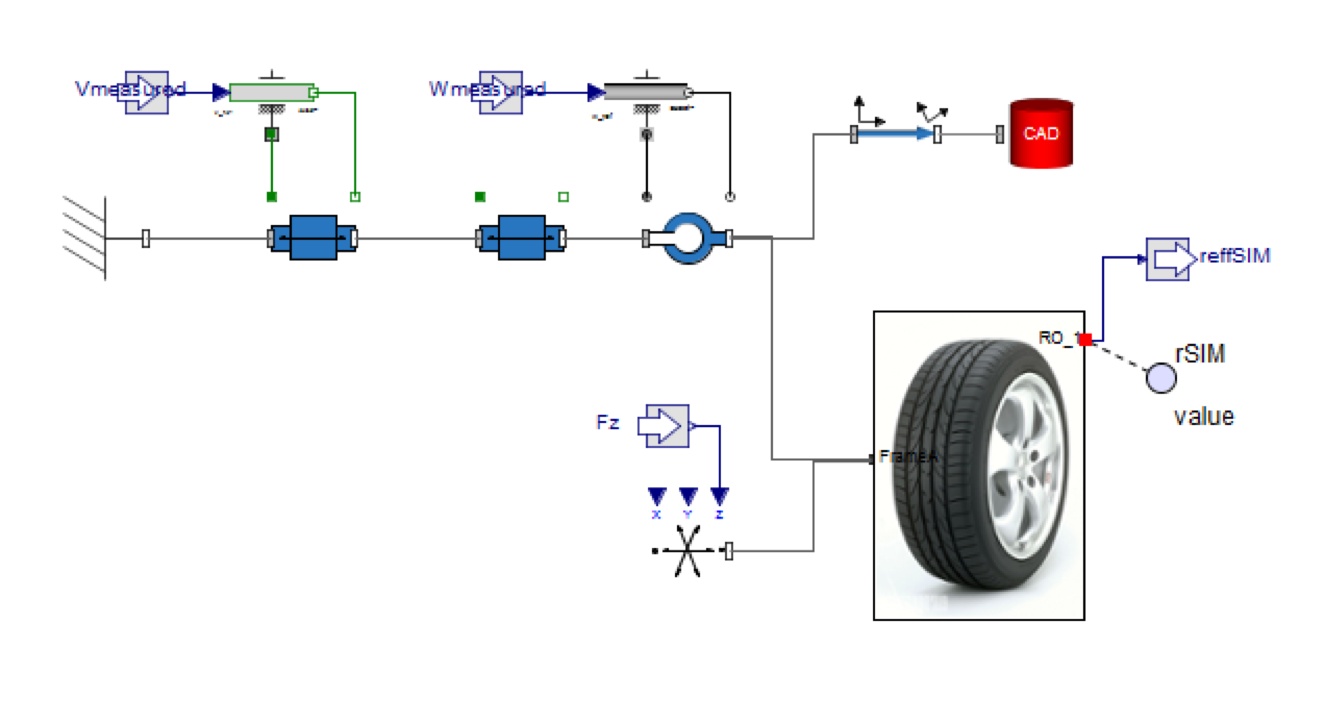 Tyres are a critical component in vehicle design. To save time and money in the design and development of new vehicles, automotive manufacturers typically use models to simulate the dynamic relationship between tyres and road surfaces. Ideally, a tyre model must accurately simulate the dynamics of the system and allow designers to vary its parameters, and simulations must also execute quickly.

Existing tyre models have inherent drawbacks. Some existing tyre models, such as the Pacejka magic formula tyre model, are based solely on experimental data. Alternatives, such as finite element models, are extremely resource intensive, while other tyre models represent the tyre with a physical object, such as a string or brush. None of these models achieve an ideal balance of accuracy and efficiency. However, researchers at the University of Waterloo are taking a new approach to tyre modelling with the ultimate goal of achieving this ideal balance.

The research team, led by Dr John McPhee, professor of systems design engineering, and Dr Joydeep Banerjee, lead researcher, used Maplesoft’s system-levelling modelling tool, MapleSim, to develop and test a volumetric tyre model. “The volumetric tyre model developed in MapleSim offers two distinct advantages over existing tyre models,” said Dr Banerjee. “Since the moments are calculated using kinematic data only, the model can be easily programmed for numerical simulations. In addition, the resistive torques are evaluated as functions of both normal load and angular speed of the wheel.”

Using Maple, Maplesoft’s advanced computation engine, the symbolic expressions for the normal force and rolling resistance were derived as a function of the position and orientation of the tyre. The distributed friction forces were symbolically integrated over the tyre contact patch to calculate the traction forces and self-aligning moments. The researchers then used MapleSim to develop the model using custom components derived from the Maple expressions.

To test the accuracy of the volumetric tyre model, the model was used in a simulated drop test. An actual drop test was performed on a Michelin 195/65 R15 summer tyre inflated to 33 psi. The tyre model was assembled to undergo the same motion as the actual drop test. Using MapleSim, the drop and rebound of the tyre were simulated. Another commercially available tyre model, selected from MapleSim’s extensive Tire Library, was also used to compare the results. When comparing the results of the two models, the MapleSim volumetric tyre model provided a slightly more accurate estimate for the position of the wheel.

Initial results indicate that the MapleSim volumetric tyre model is promising for use, not only for automobile tyres, but for tyres with higher camber angles, such as bicycle and motorcycle tyres. To increase the fidelity of the model, the researchers plan on further testing of the volumetric tyre model using data obtained from a vehicle measurement system (VMS). The VMS will provide information on the position, orientation and loads placed on the tyre during actual driving tests of a vehicle.

“While the initial results from the model look promising, the data from the VMS can be used to further fine tune the parameters of the tyre model,” said Dr McPhee. “Using MapleSim, we can take the analysis further by easily incorporating the tyre model into detailed vehicle models for complete vehicle systems simulations.

*At the time of this research study, Dr. Joydeep Banerjee was a member of Dr. McPhee’s research team at the University of Waterloo. He is now employed with Maplesoft as an application engineer.

Researchers use simulation software for new approach to tyre modelling