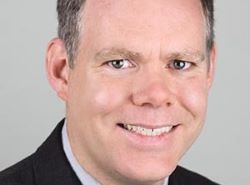 Although mitigating corrosion is challenging, it is possible if engineers are equipped with the right tools and data, says Jim Harper, senior product manager, Knovel Corrosion.

While corrosion might not always be the priority concern in a new engineering project, it can be one of the most expensive problems to remedy. And catastrophic if overlooked. Corrosion is one of the main factors responsible for shortening the lifespan of equipment, causing unplanned downtime, environmental issues and safety incidents. Many incidents investigated by the US Chemical Safety Board cite corrosion as a primary mode of failure, and NACE estimates that corrosion costs the global economy $2.5 trillion per year.

For chemicals and oil and gas (O&G) companies, corrosion is especially problematic thanks to the extreme environments, process conditions and variability their engineers are contending with — particularly in settings like oil rigs or manufacturing plants with corrosive chemicals. To combat these issues, engineers and their companies need to shift from a reactive stance on corrosion to a proactive one. This shift is critical in the recovery journey following COVID-19, which has both cut the amount of work available in chemicals and O&G companies, and upped competition, making profit margins even thinner.

This combination of factors means companies put more pressure on existing assets – i.e., extend the life of their equipment and entire plants, and rely on current staffing resources. Additionally, many companies are facing hiring freezes as economies recover and more experienced team members approach retirement. Taken together, this all puts more pressure on engineers. They must become proficient across a broader range of domains as they are expected to manage competing priorities – from increasing asset integrity and plant efficiency, to reducing downtime and improving overall safety. Engineers need to have not only expertise in their chosen specialty, but cross-competency knowledge and an understanding of the whole business – including the impact of corrosion on a multitude of different materials from metals to plastics. Engineers must, in short, become T-shaped.

MORE FROM COAL, OIL AND GAS

The concept of T-shaped is a metaphor to describe the abilities of persons in the workforce. Where the vertical line represents their specialism, and the horizontal line is the additional knowledge required to collaborate across disciplines and roles. In the context of corrosion, it means providing engineers with foundational corrosion knowledge and corrosion data, from corrosion rate and degradation data points against exposure media, to iso-corrosion curves, to data sheets. With access to reliable data and real-world corrosion case studies and remedies, engineers gain a breadth of knowledge that improves collaboration and outcomes. This T-shaped approach has prevented major losses for companies in the O&G and chemicals industries. Let’s take a look at two examples where it proved successful.

Corrosion is a major concern for shale gas equipment during annual low throughput periods. To remedy this issue, the standard method includes draining fluids in the system and replacing with a non-reactive gas such as nitrogen. However, this is both costly and time consuming. In one company, an engineer was looking to find alternatives to reduce running costs. By accessing data from similar businesses in the industry, the engineer discovered they could reduce the oxygen in the system and replace corrosive fluids such as seawater with benign ones (like fresh water) to avoid using nitrogen altogether. This simple and easy to carry out method saved the company almost $250,000.

Pinpointing the root cause

Access to comprehensive data was also able to help a chemical manufacturer pinpoint the root cause of corrosion in its production process. The company found that its metal tanks contained the final product of a peracetic acid production line (including fractions of acetic acid, hydrogen peroxide, a stabilizer, a catalyst and peracetic acid), and were corroding much quicker than anticipated. If the final product continued to mix with the corroded metal, it would not only become unsellable but also cause safety issues for employees. An engineer was able to uncover that the problem was caused by unexpectedly high temperatures raising the pressure in the tanks, which resulted in acetic acid vapors accelerating corrosion of the steel tanks. To address this, the team relocated the tanks to reduce the heat gain, saving over $150,000 worth of product.

The fact is, although corrosion doesn’t seem as exciting as inventing new materials or designing rocket ships or electric cars, it is vital. After all, each of these innovations must be corrosion resistant – just as our core infrastructure and energy sector must be. Preventing corrosion is also an important safety and environmental concern. All companies, but particularly those in O&G and chemicals, are looking to improve their sustainability and working practices, following pressure from governments and customers alike. As such, reducing corrosion can help to limit their environmental impact and cut down on incidents.

Corrosion remains an extensive problem across the harsh environments of both the O&G and chemicals industries, but it’s not an inevitable outcome. Although mitigating corrosion is challenging, it is possible if we equip engineers with the right tools and data. This enables them to upskill and educate themselves, become T-shaped and then make the best decisions for both existing projects and future ones.