E-Fan X, a joint effort between Airbus and Rolls-Royce to develop an experimental hybrid-electric aircraft, has been cancelled. 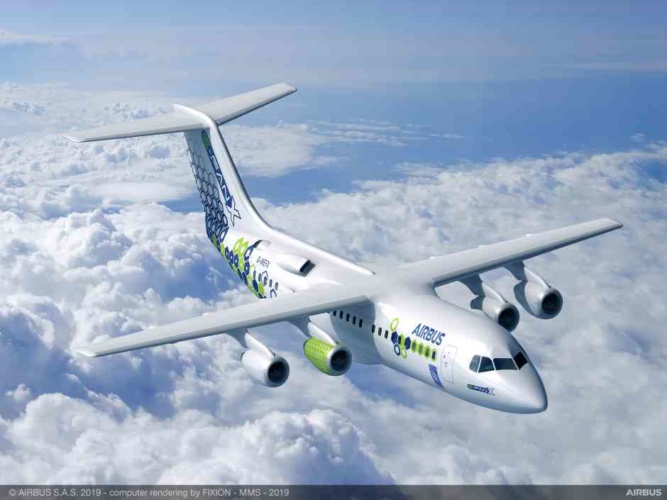 The project was launched in 2017 to explore the potential of hybrid-electric propulsion for commercial aviation and was due to undergo it’s maiden flight in 2021.

Commenting on the decision to cancel the programme Airbus CTO Grazia Vittadini said: “As with all ground-breaking R&T projects, it’s our duty to constantly evaluate and reprioritise them to ensure alignment with our ambitions. These decisions are not always easy. But they’re undoubtedly necessary to stay the course.”

Echoing Vittadini’s comments, Rolls-Royce CTO Paul Stein said: “…it has become clear to both parties that the actual requirement to carry out a test flight with all the elements integrated is not critical at this time. As an aircraft, E-Fan X was always designed to be a demonstrator only and never for actual use as a product in service.

The project, which had already reached a number of key milestones, would have seen a 2.5MW power generation system – comprised of a gas turbine driven power generation system and high power electronics – integrated and flown on a 100-seater Bae146 airliner by the end of 2021. This serial hybrid system would have been used to power an electric motor that would have replaced one of the aircraft’s existing geared turbofan engines.

Despite the cancellation, both Vittadini and Stein said that decarbonisation of aviation remains a major goal for both companies. “I’m more certain than ever that we need to continue full-speed ahead with our sustainability ambitions” said Vittadini. “But decarbonising the aviation industry is no small feat. To achieve this, we need to re-focus all of our efforts on technology bricks that will take us there.

She added that a number of important lessons had been learned from the project that were informing Airbus’ roadmap on future projects, and that that breakthroughs in hybrid architectures, high-voltage systems and battery technologies made through the initiative are already feeding into research efforts  at Airbus  E-Aircraft System Test House.

Stein added that Rolls-Royce plans to complete ground-testing of the power generation system in order to capture all of the lessons from the project. This will involve integrating the generator – which is now well advanced on test in Trondheim, Norway – with the control systems and thermal management systems.  “From the Rolls-Royce perspective, our power generation system can and will be integrated into any future aircraft that is developed requiring a hybrid-electric propulsion system,” he said.