A new collaboration between Rolls-Royce, Tecnam and Widerøe promises to deliver P-Volt, a fully electric passenger aircraft for the commuter market in Norway. 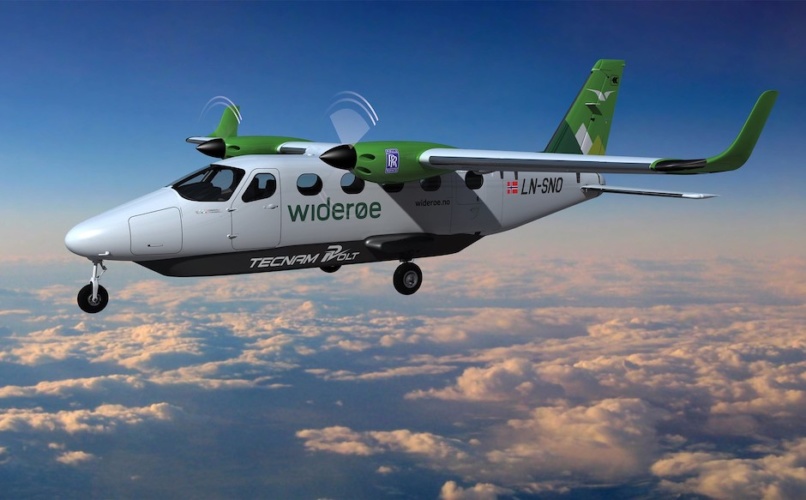 Aiming to deliver the aircraft for use in the Norwegian market from 2026, Rolls-Royce will bring expertise in propulsion and power systems whilst airframer Tecnam will provide aircraft design, manufacturing and certification capabilities. Scandinavian airline Widerøe will ensure that all competence and requirements of an airline operator are in place for entry into service in 2026.

Rolls-Royce announced a joint research programme with Widerøe in 2019 aiming to fulfil the Norwegian ambition of having the first electrified aircraft in domestic scheduled flights by 2030, coupled with an 80 per cent reduction in emissions from domestic flights by 2040.

The new programme builds on this, as well as on Rolls-Royce’s existing partnership with Tecnam to develop the all-electric P-Volt aircraft.

“It is incredible to see the interest around the P-Volt, not only coming from regional airlines, but also from smart mobility-based companies,” said Fabio Russo, chief project R&D and product development at Tecnam. “This last year has demonstrated the importance of promoting capillary connections between small communities while reducing the congestion of the main hubs. The P-Volt, like the [11 seat] P2012 Traveller today, will perfectly fit the scope of this programme.”

Due to its topography, Norway makes extensive use of aviation for regional connectivity and is described by Widerøe chief executive Stein Nilsen as ‘ideal for zero emissions technologies’.

Before the pandemic, Widerøe offered around 400 flights per day using a network of 44 airports, where 74 per cent of flights have distances less than 275km. The shortest flight durations are between seven and fifteen minutes. The P-Volt aircraft is described as ideal for the short take-off and landing as well as for routes in the North and West Coast of Norway.