Three UK projects exploring the future of green aviation will receive a combined total of £84.6m from government and industry to pursue zero emissions flight.

Part of the ATI (Aerospace Technology Institute) Programme, the hydrogen and battery-electric projects will see government providing half of the investment total, with industry matching it.

H2GEAR – the largest of the three endeavours – will see a GKN-Aerospace-led consortium of partners seeking to develop a hydrogen-powered aircraft by 2026, creating a potential 3,000 jobs over the next decade. The team will initially develop a liquid hydrogen propulsion system for short-distance flight, which could later be scaled up for larger aircraft and distances. 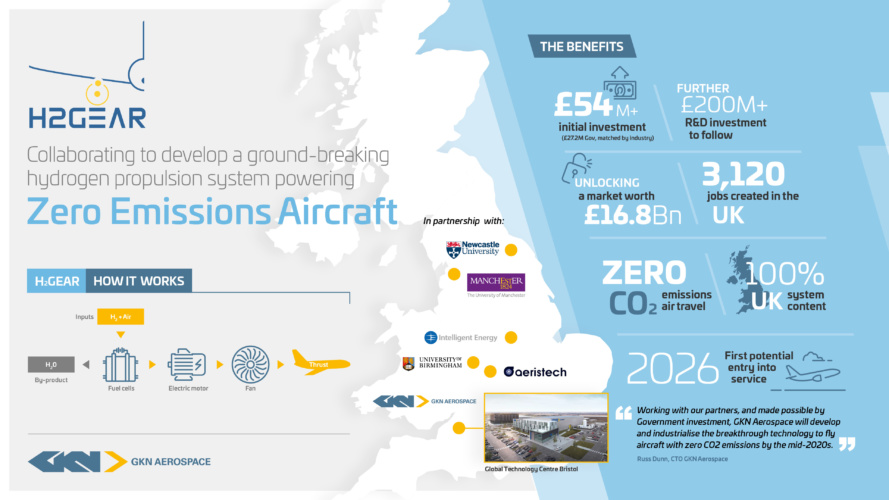 “Hydrogen-powered aircraft offer a clear route to keep the world connected, with dramatically cleaner skies,” said Russ Dunn, chief technology officer for GKN Aerospace. “Working with our partners, and made possible by government investment, GKN Aerospace will develop and industrialise the breakthrough technology to fly aircraft with zero CO2 emissions by the mid-2020s.”

The second of the projects, HYFlyer II, will see ZeroAvia working with the European Marine Energy Centre (EMEC) and Aeristec to develop a 19-seater hydrogen fuel cell aircraft. In September 2020, ZeroAvia made an eight-minute hydrogen-powered flight from Cranfield using a Piper Malibu airframe. According to the company, its 600kW hydrogen-electric powertrain is platform-agnostic and could be capable of powering a 350-mile flight within the next two years.

“We are delighted with the ATI’s decision to back our 19-seat powertrain development programme,” said Val Miftakhov, ZeroAvia CEO. “This project is instrumental for delivering a market-ready hydrogen-powered solution for 2023 that makes passenger-ready zero carbon aviation a reality.

InCEPTion (Integrated Flight Control, Energy Storage and Propulsion Technologies), is the smallest of the three green aviation projects and the only one to rely solely on battery power rather than hydrogen fuel cells. Led by Blue Bear Systems Research, the seven-strong consortium will develop an all-electric scalable propulsion module for aircraft under five tonnes. With Blue Bear’s experience in unmanned systems, autonomous air-taxis for short journeys appear to be one of the project key targets. 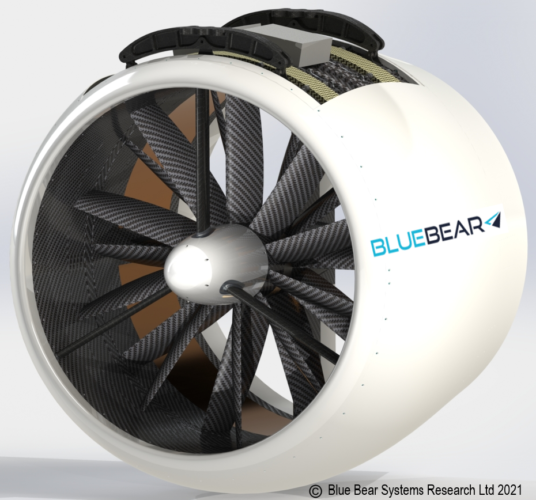 “The propulsion module will be inherently scalable, enabling different combinations of the same module to power multiple aircraft concepts, such as large cargo drones, electric vertical take-off and landing (eVTOL), general aviation aircraft and sub-regional aircraft. This will enable a broad range of new mobility services across the UK, from large cargo delivery to regional commuting.”

Better use of jet stream offers savings to airlines

Microwaves could reduce spread of COVID-19