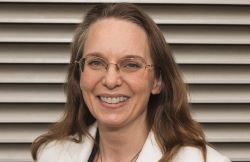 Transport is a headache: disputes over new airport runways and the building of more roads, increasing urbanisation, congestion and guilt over the resulting pollution and climate change. Rather than bringing freedom, the demands of mobility are choking us.

It doesn’t have to be like this. We are developing the technology to deliver a zero-carbon transport network within the UK. And now the shock and disruption of the pandemic also means the chance to scrap rigid, piecemeal thinking around transport policy and build back better.

What’s needed, though, is transport’s version of the Internet technology revolution. We need a sudden breakthrough of tech with such potential that it can drag the rest of the world — businesses, governments and regulators — along with it.

Hydrogen flight could well be that breakthrough. Fleets of hydrogen-powered aircraft would be the platform for a very different kind of transport system. Zero carbon, but also quiet. Which would make it possible for there to be a proliferation of smaller, local airports, operating closer to communities, offering short hops. Local airports would also act as transport hubs linked into other more sustainable systems, electric trains or other mass transit vehicles; electric cars where necessary, as well as offering a green and efficient link to large aerospace hubs. Digital communications and data-sharing means can provide populations with a real-time picture of transport options, how to minimise carbon footprint as well as time and costs, all through a single app.

The aviation industry in particular is faced with huge, complex challenges when it comes to meeting its commitments to carbon reduction globally. The UK’s Jet Zero strategy is adding new impetus and scrutiny to the domestic agenda: targeting net zero aviation emissions by 2050. More than any other sector, building back better in aviation is fundamental to its future status and ability to prosper and grow. Sustainable Aviation Fuels (SAFs) can only ever be a temporary measure, a quick win by the industry to signal progress while the most important work is being done on R&D into technologies that can be the basis of a wholly new and zero-carbon aviation infrastructure.

Our experience at Cranfield Aerospace Solutions is of some severe limitations to the potential for battery-electric flight even when it comes to short hops. Hydrogen — whether combusted directly or used in a fuel cell to generate electricity — is showing a great deal more promise. Like batteries, hydrogen generates zero carbon, the only emissions being water and heat, and aircraft can be refuelled in much the same turnaround time as with conventional fuel. Per unit of mass, hydrogen delivers three times more energy than a conventional jet fuel like kerosene, and a hundred times more than a lithium-ion battery.

New confidence in hydrogen is growing with Project Fresson, a partnership between the Aerospace Technology Institute (ATI), Department for Business, Energy & Industrial Strategy (BEIS) and Innovate UK, run by Cranfield Aerospace Solutions (CAeS). More than blue-sky thinking on hydrogen-powered flight, Project Fresson is about delivering commercially viable services in the short-term: the world’s first truly green passenger carrying services. Making use of its 25 years’ experience of working with OEMs on both design and certification of new aircraft, CAeS is developing a retrofit powertrain solution for a nine-passenger Britten-Norman Islander aircraft, as well as looking at business models and overcoming any capability and supply chain issues. Project Fresson expects the hydrogen aircraft to be in service for short hops by 2025

One of the biggest challenges we face is in the lack of certification rules for hydrogen-based aviation. Current standards don’t apply. Complex modification to aircraft (and to how airports manage hydrogen as an aviation fuel) are necessary — meaning a need for the Civil Aviation Authority to be an active partner in the journey, to make sense of what is applicable and what is not fit for purpose. But we need to keep pushing the case for certification forwards with proof of technology, there’s no time to wait if Jet Zero targets are ever going to be achievable.

Regular long-haul trips using hydrogen still look some way off but are well within reach. Perhaps we won’t be able to fly from London to Perth directly in a zero-emissions aircraft, but this raises questions about why we need large ultra-long-haul aircraft anyway. An environment-damaging extravagance –- and just because we can, doesn’t mean we should. Again, we need to be thinking about the big picture of transport and what’s viable and what works. We can quickly become used to a new convention: hopping our way around the world, using a sustainable system of hops made smooth and easy by digitised operations, being less obsessive and frantic about saving time. Wouldn’t travel become a richer experience?