At this stage, there can be little doubt that the future of the automotive industry is electric. Huge strides towards greener mobility have been made in recent years, from innovative motors to composite lightweighting and advanced battery technology. However, some key barriers to consumer adoption remain, and none is more frequently cited by drivers than charging times and the consequent range anxiety they can induce.

The UK’s first petrol station opened more than a hundred years ago in November 1919. A century is a long time for a society to reinforce a habit, to become accustomed to the frequent convenience of filling up and driving off. Electric vehicles can outshine their combustion counterparts in many ways but, currently, forecourt convenience is simply not one of them. i-CoBat – the winning collaboration in our automotive category – is seeking to change that, using immersion cooling for EV batteries that will enable safter ultra-fast charging and ultimately speed up the transition to electric mobility.

“i-CoBat is a government funded consortium set up to overcome the limitations of EV charging and performance,” said Mark Lashbrook, technical director of M&I Materials and i-CoBat project lead. “Our aim is to prove immersion cooling technology for thermal management electric vehicle batteries, which is vital as an enabler of forecourt-like experience across the industry.”

As Lashbrook alludes to, battery thermal management is at the core of the i-CoBat project. Ultrafast charging can reduce top-up times for EVs so that they more closely resemble the time spent on a petrol forecourt. However, it also generates up to three times more heat in the battery than that produced under normal driving conditions.

In order to prevent premature battery ageing or even failure, that heat has to be removed to maintain a constant cell temperature. According to the i-CoBat consortium, existing thermal management techniques such as air cooling, or cold plate cooling are limited in their capability. This, in turn, is limiting the rate of charge for electric vehicles and slowing down EV adoption.

“EV charging can take hours today,” said Lashbrook. “Our innovation aim was to drive down that charge time by an order of magnitude. “The adoption of immersion cooling technology will be a giant leap in enabling a forecourt charging experience where you can pull up, charge and be on your way in a matter of minutes.” 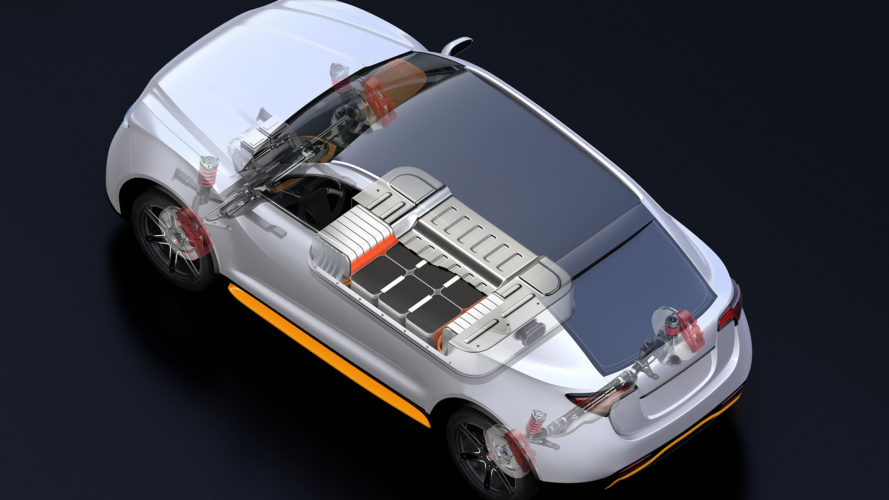 MIVOLT is an environmentally friendly, dielectric ester liquid developed by M&I Materials specifically for high performance electronics. The liquid can come into direct contact with components, removing heat from the source more effectively than indirect cooling systems such as cold plates and heat sinks. Though the concept of immersion cooling for EV batteries had been explored before, concerns over the weight and volume of the required levels of liquid had largely confined it to the drawing board.

M&I looked to Ricardo to help solve this problem. The engineering consultancy designed a novel immersion cooled battery module with cylindrical cells, smaller and more powerful than the leading cold plate design. Rather than flooding the entire case, the coolant is only directed where it is needed through an innovative coolant jacket design, which also minimises the sealing requirements.

As well as cooling the battery cells in the module, the design utilises the MIVOLT liquid for busbar cooling, further reducing weight in the system. According to the consortium, simulations have shown the system offers major increases in both power density and charge rate compared to an equivalent cold plate cooled module.

Alongside the simulation, test modules were built and transferred to WMG to validate the models, with reactivity evaluations between MIVOLT ester liquids and battery internal chemistry carried out at the University of Liverpool. The consortium also conducted abuse testing using a scaled-down version of the immersion module developed by the battery design team at Ricardo in close collaboration with M&I Materials. During these tests, batteries were deliberately sent into failure, demonstrating that the MIVOLT coolant has the potential to mitigate thermal runaway and prevent battery fires.

“Each i-CoBat partner brings their own expertise and specialism to the project,” Lashbrook explained. “Ricardo bring their extensive engineering design and development experience for hybrid and EV battery packs. WMG is world-renowned for driving innovation in science and tech. M&I has provided the MIVOLT dielectric liquid and the expertise in immersion cooling.”

According to the consortium, the team quickly integrated through regular meetings, conference calls and one-to-one discussions. From the early days of putting together the funding bid, the partners worked to bring together the vision for the project and to plan its effective execution. Geographical distance was overcome with the use of video conferencing and virtual meetings, which allowed rapid sharing of ideas and concepts without the need for face-to-face meetings. Throughout the COVID pandemic, this also allowed work to continue on aspects such as the battery abuse tests.

Results gained from the project so far have already led to further collaborations with major manufacturers. The next stage will be to complete the battery module testing in order to further demonstrate and validate the benefits of immersion cooling. Already working with 16 automotive OEMs, M&I Materials is predicting a revenue stream from the technology that could easily reach multiple hundreds of millions of pounds. Hypothetically, if every EV was to require 25 litres of the coolant, the potential market would stretch into billions of pounds.

More importantly – for the planet at least – is the potential impact the technology can have on EV charging times and the knock-on effect that delivers to wider EV adoption. Electric mobility is a key step towards reaching carbon neutrality and a greener, more sustainable energy system. But old habits die hard and persuading consumers to sacrifice convenience is never an easy task. If i-CoBat can help make charging an EV feel comparable to filling a car with petrol, it could smooth the road to a greener future we have no choice but to reach.