Russian engineer and arms designer, Mikhail Kalashnikov achieved fame for his eponymous invention – the AK-47 or ‘Kalashnikov’ rifle – that would cause its creator regret in later life. Nick Smith reports.

There’s a startling contradiction in the way Mikhail Kalashnikov has been portrayed by the media since his death less than a decade ago. On the one hand, according to the Associated Press, the inventor of the AK-47 automatic rifle apparently lost no sleep due to ‘the havoc wrought with his invention.’ On the other, Reuters says Kalashnikov decried and objected to the ‘criminal use of his rifles.’ The BBC claims that towards the end of his life, the Russian military engineer feared he ‘was to blame’ for, and was suffering ‘spiritual pain’ over, the deaths his Avtomat Kalashnikova model 1947 (hence AK-47) had caused, while news agency AFP ran a story on how he had found peace in his nineties and had died a ‘happy man’.

Kalashnikov’s attitude to his creation changed constantly. His was the rifle that would become the most widely used on the planet, his name becoming a by-word for assault weaponry. His was the gun that killed more people than all the WMDs (weapons of mass destruction) combined. He was the man who brought 100 million rifles – one for every 77 inhabitants – into the world. With the weight of such facts on his shoulders, it’s hardly surprising that he alternated between pride in having engineered a defence of his motherland, and shock at the devastation his invention inflicted. On reflection, he would have rather invented, “a machine that would help farmers with their work: for example a lawnmower.”

Mikhail Timofeyevich Kalashnikov was born in the remote selo or rural village of Kurya deep in the Russian Steppe. The date of his birth – 10th November 1919 – was just one day short of the first anniversary of the signing of the Armistice that marked the end of the First World War and almost exactly bisecting the Russian Revolution that would lead to the formation of the Soviet Union. Born of peasant stock, Kalashnikov was seventeenth child of Timofey and Aleksandra, considered by the state to be kulaks, a type of worker owning a modest amount of property and ‘hesitant’ allies of the Revolution. Their humble background is reflected in their common Russian surname that renders into English as ‘Baker’.

According to historian Alexander Boot, the young Mikhail succeeded in life ‘against the odds.’ In 1930, with the Soviet Union under the grip of General Secretary of the Communist Party Joseph Stalin, “the Kalashnikovs, along with millions of others, were dispossessed and deported to Siberia. Most of Mikhail’s siblings didn’t survive the trip, and his father died shortly after”. This displacement had a profound effect on his education, and it is thought that Mikhail managed to complete just seven years of school before turning to the land, driving a tractor for a living, first in Siberia and then in a village near Moscow to which he escaped by forging his identity papers. By 1938 Kalashnikov had been conscripted into the Red Army, and by the time Russia entered the Second World War on 22nd June 1941, Sergeant Kalashnikov was a tank driver and engineer. Blame the Nazis for making me a gun designer, he’d say in later life: “I always wanted to construct agriculture machinery.”

In June 1941, at the Battle of Brody, where the mechanised Russian 5th and 6th armies were to suffer great losses, Kalashnikov’s tank was set alight, and he took a bullet through the shoulder. Hospitalised for six months, Kalashnikov had sufficient time to reflect on the ease with which German machine pistols outgunned the Soviet obsolete bolt-action rifles in the skirmishes following their withdrawal. While convalescing, he’d listen to fellow soldiers complaining about the inadequacies of their unreliable rifles that were particularly prone to jamming. As soon as he was discharged, Kalashnikov – who despite his lack of formal engineering training was a ‘compulsive tinkerer’ – started work on what would become the AK-47. Although his early submachine gun designs were not successful, his talent as a designer was noticed and Kalashnikov was assigned to the Central Scientific-developmental Firing Range for Rifle Firearms of the Chief Artillery Directorate of the Red Army. In 1949 the AK-47 – the ‘47’ refers to the year in which the design was completed – became the standard issue assault rifle of the renamed Soviet Army and went into service with most members of the Warsaw Pact, the Eastern Bloc equivalent and counterbalance to NATO that had been founded in the same year.

The exact lineage of the weapon is debated, with some commentators taking the position that the AK-47 is best described as a hybrid of previous rifle technology innovations, with Kalashnikov creating an automatic rifle combining the best features of the American M1 and the German StG 44. There are also claims that Kalashnikov copied other designs, such as Bulkin’s TKB-415 or Simonov’s AVS-31. In his 1995 book The History of Soviet Small-arms and Ammunition David Boltin says that because Kalashnikov had access to these weapons there was no need to ‘reinvent the wheel.’ He goes on to quote Kalashnikov as observing: “A lot of Russian Army soldiers ask me how one can become a constructor, and how new weaponry is designed. These are very difficult questions. Each designer seems to have his own paths, his own successes and failures. But one thing is clear: before attempting to create something new, it is vital to have a good appreciation of everything that already exists in this field. I myself have had many experiences confirming this to be so.”

Boot goes one step further, saying: “we routinely credit the design of the AK-47 to a man who, though by all accounts decent and talented, didn’t quite deserve the accolades,” further claiming that “Kalashnikov didn’t really design the Kalashnikovs, and was certainly not the patriarch of the family, the AK-47.” Alan Petrov of the Russian defence blog Maxpark suspects the influence of the communist propaganda machine at work: “Avtomat Kalashnikova has precious little to do with Mikhail Timofeyevich himself – he was merely appointed to be its inventor.” 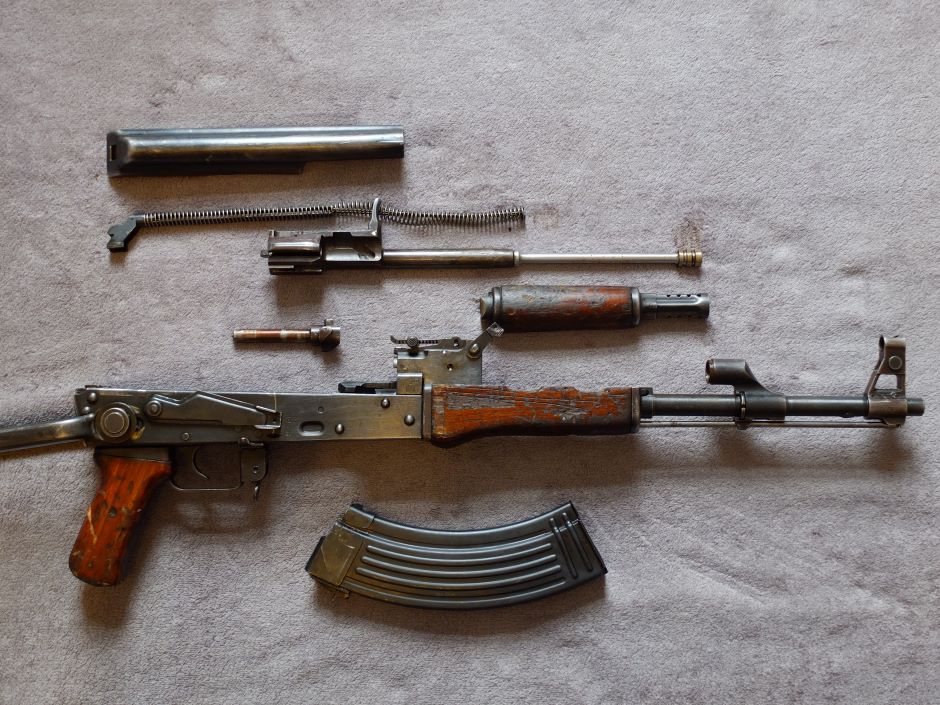 Such revisionism bears the hallmarks of an attempt to create distance between the historical record and the uncomfortable notion that one fifth of the world’s firearms today bear the Kalashnikov maker’s mark. But whatever version of events history eventually settles on, there can be no disputing that the Russian soldier, who would rise to the rank of lieutenant general, was one of the most obviously successful small-arms designers of the 20th century. Far from being a ‘one hit wonder’ as his critics have sometimes suggested, Kalashnikov would develop his portfolio of weapons to include the superior AKM (where the ‘m’ stands for ‘modernised’), that would in turn evolve into the RPK light machine gun. All these iterations were based on a philosophy centred on simplicity of design, ruggedness and ease of maintenance in all conditions. And yet by adhering to these engineering principles Kalashnikov became a victim of his own success. He complained: “Whenever I look at TV and I see the weapon I invented to defend my motherland in the hands of these bin Ladens, I ask myself the same question: ‘How did it get into their hands?’ I didn’t put it in the hands of bandits and terrorists … Can I be blamed that they consider it the most reliable weapon?”

Today the AK-47 is in official use by the militaries of more than 50 countries and has proved so efficient and influential in conflict – operating in conditions from the sub-zero temperatures of the Arctic Circle to the vast diurnal thermal ranges the desert – that it even features on the national flag of Mozambique and the party insignia of the Lebanese militant group Hezbollah. And although Kalashnikov made no personal financial gain from a gun he had always maintained was for defence and ‘not a weapon of offense,’ he was not averse to making a few roubles here and there from licensing his famous surname. The Kalashnikov brand can be found on what The Scotsman called ‘manly, but less lethal products,’ including Red Army vodka, pocketknives and even umbrellas, described by Kalashnikov, in something of an ill-considered press statement, as articles “similar to my rifle: reliable, easy to use and indestructible.”

Perhaps more considered was Kalashnikov’s letter to Patriarch Kirill of the Russian Orthodox Church, written six months before his death on 23rd December 2013, in which he ponders the ‘unsolved question’ of whether, as the designer of the rifle that “claimed people’s lives, then can it be that I, a Christian and an Orthodox believer, was to blame for their deaths?”

Bentley to build its first electric vehicle in the UK