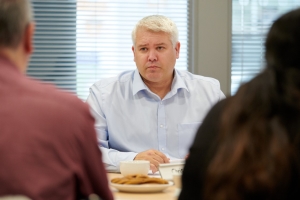 You’d be forgiven for thinking that, at a time of high commodity and worrying shortages of industrial metals, there would be more focus than ever in the UK on retrieving and refining the valuable metals contained within industrial and household waste.

But you’d be wrong. The reality is very different indeed, says Chris Oldroyd, MD of Inprotec.

A chronic lack of support and investment from the government in the UK’s metal recycling and extraction facilities is resulting in billions of pounds of valuable metal waste being shipped abroad to countries better equipped to take advantage of this precious scrap.

While figures vary, best estimates suggest the UK is shipping approximately 9.5 million tonnes of scrap metal overseas every year. This includes precious metals such as platinum group metals (PGM), gold and silver, as well as useful base metals such as copper and lead and metals used in high-tech gadgetry such as lithium, rare earths and cobalt.

Crunch time for the scrap industry

The fact that the UK has always shipped such valuable metal waste off to Europe and beyond is a scandal – and one that the government needs to urgently address if we are to achieve a true circular economy.

Such practice is irresponsible and economically and environmentally damaging. A 21st century Britain should be taking accountability and responsibility for effectively recycling and retrieving such valuable waste. These metals are finite – and in some cases increasingly rare – and yet they are being treated in the UK like they are of little value and consequence, when the opposite is true. We’re effectively flushing millions of tonnes of valuable metal waste down the drain at a time when there is unprecedented strain on the world’s resources and rising commodity prices. As recently as three months ago, it was reported that the price of copper, commonly used in battery production, was set to soar by 250 per cent.

Such waste is costing us dearly. We’re losing out on billions of pounds of value to the economy at a time when we could really do with such a boost. And the cost is just as great – if not greater – from an environmental perspective, with the UK using one of the most polluting forms of transport – ships – to transport huge volumes of waste daily to countries as far afield as Japan.

And, if such a practice was not already highly unsustainable, it will become even more so post-Brexit, when it is likely to become even more costly to dispose of our waste in this way to European neighbours who boast more advanced metal retrieval facilities than our own, including Germany, Sweden and Belgium. 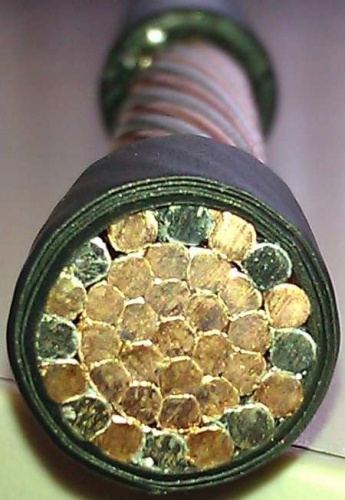 That a country as forward-thinking and as technologically advanced as the UK has fallen so far behind many other western and eastern countries in terms of how we handle metal waste is a disgrace. Yes, there are a few facilities in the UK that focus on retrieving and refining specific metals, but there’s not a single multi-metal facility that’s capable of recovering and refining all valuable metals. It’s high time this changed.

Certainly, we have the technological capabilities; Inprotec, the business I run, provides specialist metal retrieval and extraction equipment to refineries all over the world. What we’re missing is the support and investment from government to make such an operation economically viable – currently, it’s not. It costs a considerable amount of money to extract and refine metal waste and it’s only commercially viable if it is done on a large-scale. Unfortunately, the facilities that exist in the UK currently are not big enough, or equipped with the right multi-metal processing technologies, to effectively handle the amount of waste needed for such an operation to be commercially viable. The UK possesses plants to sort and shred metal waste but lacks the full-scale extractive metallurgy facility required to create a circular economy.

Quite simply, this new government needs to demonstrate its commitment to creating a truly circular green economy by putting its money where its mouth is and making a multi-million-pound grant available to create a multi-metal recycling and retrieval facility. Such a move would also help to attract private investment, bringing together the brains and resources required to fundamentally change Britain’s existing approach to managing valuable metal waste. At the same time, we also need subsidies in place to ensure that those companies currently recycling metals can do so without fear of going bust while trying to meet the demands of regulation, labour laws and fuel and chemical costs.

Chris Oldroyd is MD of Inprotec, which supplies global customers with metal recovery plant and equipment

In the frame: the 3D printed bike