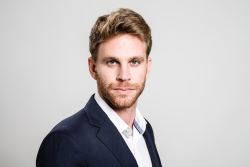 Deep learning is on the frontline in a new age of piracy, outwitting attacks with pre-emptive tech, explains Yarden Gross, CEO and co-founder of Orca AI.

Almost a decade has passed since piracy raged off Somalia, and yet the danger posed by maritime hijackings is as present as ever. The global pandemic last year sparked a resurgence of attacks, with piracy incidents doubling across Asia, in a worrying uptick also seen in the Gulf of Mexico and West Africa. The fallout from coronavirus, including the loss of key security personnel, turned quarantined vessels into easy targets.

This wave has since receded a little, with the International Maritime Bureau reporting a 44 per cent YoY dip in piracy and armed robbery incidents in 2021. However, the organisation warned against complacency, as violence against crews continues to rise – despite an overall decline in attacks.

Indeed, the recent hijacking of an asphalt tanker off the ​​Gulf of Oman is a reminder that piracy is nowhere near the rear view mirror yet. Even as the waters off Somalia have become more secure, the Gulf of Guinea has inherited its dangerous reputation: the so-called “pirate alley” has accounted for almost all kidnappings at sea in recent years.

Valuable headway has been made against the global threat of piracy in the past five years, but the cost of prevention is often huge. Take the Deep Blue project launched in June this year to help protect oil tankers in Nigerian waters along the besieged Gulf of Guinea. This deployment came with a hefty price tag of $195m, comprising dozens of special mission helicopters, fast interceptor boats, armoured vehicles and over 600 specialised trained personnel.

There’s also the issue of soaring premiums. Led by underwriters Lloyd’s Market Association, insurance companies expanded the Gulf of Guinea area included in the highest-level risk last year – citing economic instability for their assessment. Meanwhile, the cost of freeing a group of hostages doubled from 2016 to 2020, according to the United Nations Office on Drugs and Crime, with pirates in the Niger Delta making an estimated $4m in ransom payments.

It’s not just the exorbitant costs which makes piracy so difficult to control, it’s also the nature of the threat. Modern-day pirates operate by a code of stealth, typically using roundabout routes, the cover of darkness and single outboard skiffs that are tricky to detect with standard radar systems.

Large commercial vessels, specifically cargo ships and oil tankers, may try and negate this risk by sticking to busy shipping lanes. But with a 1500 per cent increase in container-carrying capacity in the past 50 years, congested waterways come with dangers of their own. Equally, fleets may rely on regional naval patrols for protection; yet this infrastructure has taken a hit since government attention was diverted during the coronavirus crisis.

The rise of anti-piracy AI

Into this multifaceted picture, AI is emerging as an increasingly viable and cost-effective solution. Integrated into a ship’s existing sensors, an AI system can use machine learning to analyse a skiff’s movements. Using data from previous encounters, it can decide whether that boat poses a risk and alert crews accordingly.

Advanced vision technology can also be called on to more easily detect and report offending vessels in any given area. Thermal cameras can record the speed and trajectory of a skiff, then align that data onto a map of the surrounding area. This helps to more accurately identify the position of a potential attacker, with insights that can be passed onto security teams and authorities.

This connected technology can be helpful for fleet managers, too. An AI-based visibility platform can provide data on risk behaviours of an entire fleet. Armed with a real-time view, fleet managers can help guide captains through risk situations such as an imminent pirate attack.

All this means large commercial vessels have more tools in their armoury to pre-empt acts of privacy and make better decisions in times of high stress. This kind of smart, proactive approach can have a positive effect on marine insurance pricing, as well: enhanced data models offer an added layer of protection for vessels in otherwise vulnerable situations.

Stealth versus tech: looking to the future

AI isn’t a silver bullet for the international menace that is piracy, but it offers another route into a complex crisis that cannot be solved by money or talk (i.e. inter-government coordination) alone. Private security details and complex patrol operations will only get cargo ships so far: at some point or another, most vessels will have to travel alone in strategic yet high-risk trade routes.

At the same time, pirate kingpins are becoming smarter and more ruthless. Deep learning adds an extra line of defence to meet this threat, allowing commercial vessels to navigate danger zones, and predict and outwit attacks in real time.