Engineers will be crucial in lifting the UK out of the COVID economic slump – but skills shortages could threaten the recovery, says Clive Docwra, MD of the construction consultancy McBains.

The figures published alongside the government’s Spending Review laid bare the economic crisis facing the country. Official forecasts predict the biggest economic meltdown in 300 years, with the UK economy forecast to contract by more than 11 per cent and not reach pre-COVID levels until the end of 2022. Unemployment is set to rocket to 2.6m by the middle of next year.

So the Chancellor’s announcement of a new £4bn ‘levelling up’ fund to pay for local infrastructure across the UK was a welcome move. That money will also help support engineering and construction firms who stand to benefit from working on these projects.

Even before these latest bracing economic figures, the government had earmarked the engineering and construction sector as critical to the post-COVID revival. Back in the summer, the prime minister announced an “infrastructure revolution” with a raft of commitments on building hospitals, schools and transport projects.

The week’s new gloomy forecasts make it even more essential that the sector has a workforce with the necessary skillset to help meet these opportunities. However, skills shortages in the sector are still biting. As reported by The Engineer earlier this year, a survey of engineering professionals found that 37 per cent of respondents identified the skills deficit as having the biggest impact on their sector.

The likes of civil engineers, mechanical engineers and other engineering professionals crucial to infrastructure remain on the official Shortage Occupation List, which will provide some respite, especially given the difficulty that would have resulted in terms of not being able to recruit from abroad after 1 January when the points-based visa system comes into effect.

Given that last month the government rejected the Migration Advisory Committee’s recommendation that firms should be able to recruit bricklayers from abroad after 1 January, the engineering sector may be thanking its lucky stars. (Although, of course, construction cannot operate effectively if one cog in the wheel is affected – which is why we’d like to see the government review this decision, as well as include other trades on the shortage occupation list such as plumbers and electricians, where there is also a skills crunch.) 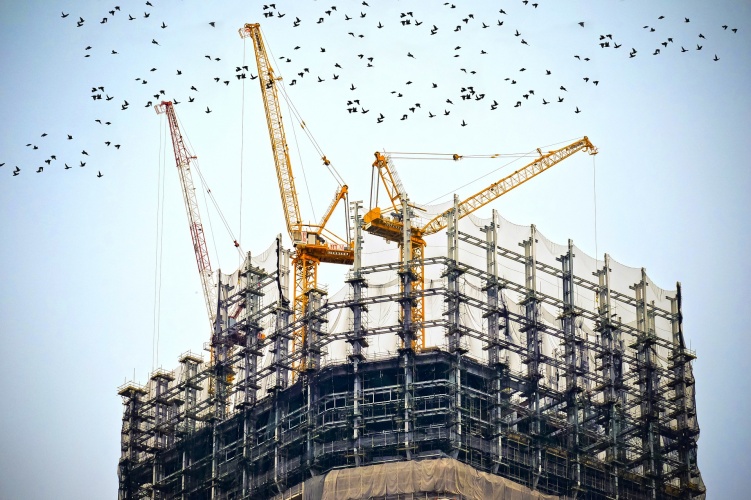 But in the longer term, the construction and engineering sector needs to consider how it widens the net to attract – and keep – more people into the profession. Attracting under-represented groups in particular will widen the pool of trained engineers and reduce skills shortages and gaps.

More effective career pathways for STEM graduates to attract them into engineering is one solution. Women engineers are untapped potential: while around 47 per cent of the UK workforce are women, only 12 per cent are represented in the engineering sector. Girls are underrepresented in STEM subjects at school but outperform boys in exams in those subjects, at both GCSE and A-Level. However, women comprise only 16 per cent of first degree attendees in engineering and technology subjects.

Prior to the pandemic, the majority of companies that were liable to pay the apprenticeship levy reported that they were using it, with nearly half of these reporting that it is easy to use (48 per cent) according to the Institution of Engineering and Technology. In total, 32 per cent of companies surveyed had engineering or technical apprentices in place, with an average of between two and three apprentices at every participating company.

But even before the pandemic, that still meant a sizeable group were not making use of the scheme – small businesses especially – and since COVID hit there’s been a sharp fall in workplace training. Since July, businesses can claim £2,000 for each new apprentice they hire aged under 25, or £1,500 for those aged 25 and over, until 31 January 2021, but evidence suggests this needs to be increased, or wage subsidies introduced, before employers realistically consider employing new apprentices. The government should also look at incentivising the apprenticeship system to make a career in engineering more attractive to all young people, too.