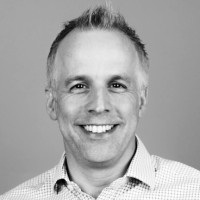 Engineering companies should look at tech start-ups and their ‘Minimum Viable Product’ approach to innovation for a lesson in agility, says Martin Hurworth, CEO of Bytronic.

After reading the latest report from the World Economic Forum (WEF) last month on the future of manufacturing, one line has played on my mind ever since.

It wasn’t the welcome news of 15 new additions to the WEF’s exclusive Global Lighthouse Network of ‘smart’ manufacturing sites, each praised as ‘beacons’ of innovation for their bold and courageous approach to scaling up the fourth industrial revolution.

Nor was it the revelation that these leading companies had not traded growth for sustainability but had in fact discovered a ‘virtuous circle’ where ‘growth and eco-efficiency are not mutually exclusive.’

It wasn’t even the claim that output among 93 per cent of Lighthouse factories rose during the past year, despite disruption from the pandemic.

It was the declaration that, in the face of the transformational changes happening to supply, demand and customer expectations, ‘organisations unwilling or unable to respond quickly, face perilous waters indeed.’

There are now 69 ‘Lighthouse’ factories, says the WEF – most of them huge, global brands (the latest cohort includes the likes of Bosch, Ericsson, Procter & Gamble and Tata Steel). Each of them reaping the benefits and justified praise of their investment and innovation.

But what about the rest?

The UK has just one ‘Lighthouse’ factory in the WEF programme – Glaxosmithkline – compared with half a dozen in Germany and more than 20 in China. That’s one – out of thousands of possible manufacturers – considered to have the right mix of innovation, inspiration, and investment.

Brazil, France, India, Ireland, Singapore, and Turkey all have more sites featured in the WEF list than the UK.

Now, post-Brexit, and just now when it needs to be leading the world through the fourth industrial revolution, is the UK in danger of falling further behind?

Or, to indulge the nautical metaphor further, if the vast majority of UK manufacturing is heading for the rocks, who is sounding the alarm? What can we learn from these ‘beacons’ that will help us to steer clear and chart a course towards productivity and sustainability that is as good for the worker as it is for the workplace?

According to the report, these Lighthouse factories excel in two main areas – agility and workplace development. It’s agility that I really want to focus on here (I’ll cover the latter, later).

How can engineers, trained in precision and certainty, become comfortable with the idea of being unsure?

This agility allows these sites to ‘transform operations to maximise flexibility and adaptability and allow for innovative thinking and dynamic approaches.’ My question is: ‘are they being brave enough to fail?’

Is that the real root cause of this agility gap? That our profession is just too terrified of failure?

If so, then it’s understandable how we got here. No one studies engineering at university dreaming of one day delivering projects that might realistically fail – I didn’t. So ingrained, the ‘zero failure’ mentality can be tough to shake off. Engineers traditionally hate anything that might not deliver the promised return on investment.

But this desire for certainty is the enemy of agility. It could explain why engineers get stuck in ‘pilot purgatory’. It’s partly why investment has lagged behind where it needs to be for so many years.  And it’s probably why four of the five ‘trillion dollar’ companies that exist in the world today aren’t manufacturers, they’re technology companies.

Tech start-ups have taken over the world with their MVP – ‘Minimum Viable Product’ – approach to innovation. Just get it out there. Fail fast. Iterate and innovate. When done well, it’s not reckless – it’s about creating a framework for failure and a clarity of approach, rather than certainty of outcome.

How can engineers, trained in precision and certainty, become comfortable with the idea of being unsure?

Do we engineers have it in us to adopt a more entrepreneurial mindset more like the digital world – where, instead of waiting for 100 per cent, we take calculated risks, testing out new forms of automation and data gathering and learning as we go?

Just as these Lighthouse factories are discovering that growth and sustainability can be achieved simultaneously, and the benefits exponential, engineers now need to discover how being brave enough to combine precision with uncertainty can deliver similar results.

AP Racing to supply brakes for NASCAR Next Gen Cup

Touchdown on Mars for Thales SuperCam