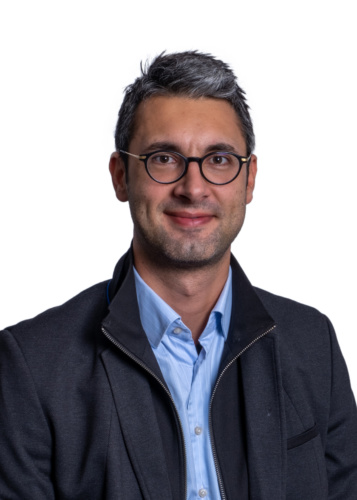 In the first of a series of guest blogs. HORIBA MIRA’s Michele Braglia explores the use of ultrasound to prevent thermal runaway in electric vehicle batteries

The International Energy Agency has set an ambition for 30% of the world’s road fleet to electrify by 2030. This translates to 44 million EVs, a mobility revolution powered by approximately 220 billion lithium-ion battery cells. But like many emergent technologies, there are still problems to solve. Advanced energy scientists at HORIBA MIRA have their focus on one profound challenge – the issue of thermal runaway in vehicle batteries, which can result in catastrophic fire that threatens vehicles, fleets and lives.

HORIBA MIRA’s Michele Braglia believes that the subject demands focus for a number of reasons. The most pressing factor is the increasing energy density in average EV battery packs that is likely to give rise to global safety mandates being imposed on vehicle manufacturers.

While catastrophic thermal runaway is rare, news reports of EV fires do have a disproportionate impact on the brand integrity of vehicle manufacturers and add another psychological adoption barrier for consumers alongside range anxiety and charging time.

What is thermal runaway?

Thermal runaway occurs when the thermal stability limit of the chemistry within a cell is exceeded and it releases its inner energy rapidly. As temperatures reach 100-120°C, the separator between the anode and cathode melts causing internal short circuit and the cell starts self-heating. Once it reaches 160-180°C, the cathode becomes thermally unstable and releases oxygen. With heat, combustible material and oxygen, all of the ingredients are in place for the cell to irreversibly enter thermal runaway and combust.

There are many reasons why the thermal stability limit might be exceeded, such as internal defects during manufacture; the cell being stored or operated outside of the safe temperature or voltage range, overcharging etc; ageing altering the cell’s safe operational window; or mechanical damage caused by accidents, for example. Currently, cells and battery pack sensors cannot detect these internal localised states, allowing failures to remain undetected.

As battery packs increase their energy content to overcome vehicle range issues, the risk of thermal runaway scales. It only takes one cell to enter runaway and the failure can quickly propagate across hundreds or perhaps thousands of adjacent cells. And for fleet vehicles such as electric buses that are often parked in close proximity, a solitary cell failure can propagate across an entire vehicle fleet.

While there are national and international standards for cell and battery pack testing, thermal runaway testing and propagation is not currently the subject of specific regulation. However, mandate discussions are underway in Europe and the USA, with China the first country to implement regulations that came into force on 1 January 2021. These mandates require that if a cell enters thermal runaway, no fire or explosion should penetrate the vehicle cabin for at least five minutes, and a warning should be issued immediately to enable occupants to escape. It is anticipated that similar rules will be adopted internationally.

Solutions to detect and pre-empt thermal runaway are under-developed. Trial and error approaches are impractical, costly and not sustainable. Together with the European Automobile Manufacturers Association (ACEA) and University College of London (UCL), HORIBA MIRA has explored ultrasound as a novel technique for detecting triggers that lead to thermal runaway.

Traditionally used in medical diagnostics and providing the technical foundation of SONAR, ultrasound uses sound wave frequencies of >20kHz to provide a rapid, cost-effective and non-invasive way of analysing the internal state of a cell.

HORIBA MIRA’s approach applied acoustic transducers to cells to generate an ultrasonic pulse of sound. This pulse travels through the cell, changing speed and amplitude as the wave encounters the interfaces between the different material that makes up the cell structure until an echo peak is generated, identifying the external case of the cell. If this is absent, it indicates one or more gaps in the cell structure, and therefore a defect.

By mapping ultrasound testing against tomographic analysis of defective battery cells, the fidelity of acoustic analysis is very high, identifying even the smallest structural defects.

HORIBA MIRA also uncovered the capacity for ultrasound to provide an essential early warning of thermal runaway, meeting the requirements of impending legislation. During experimentation using a four cell module, a characteristic change in signal was identified 15 minutes prior to thermal runaway, providing ample alert time for safe evacuation of a car, bus or coach.

A solution to anticipate thermal runaway is urgent to avoid safety issues and maintain public trust in vehicle manufacturers and the consumer confidence needed to maintain EV adoption rates.

With its capability of detecting small cell defects, ultrasound provides a promising solution for real-time access to internal cell states for quality control during the manufacture of cells and battery packs.

There is also potential for this approach to be used on board vehicles while operational. Shifting ultrasound analysis to dynamic application presents additional challenges such as neutralising the impact of vibrations, but what is clear from HORIBA MIRA’s research is that ultrasound presents a strong and viable approach for the early detection and appropriate occupant warning for thermal runaway events.

This week’s poll: remote working or back on site?

Self-healing soft electronics developed in the US