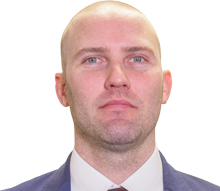 The nature of local energy is changing. Instead of single technology projects that generate heat or electricity, we are now seeing more joined-up schemes that might involve storage, smart demand management, and increased consumer engagement. More ambitious ventures may even try to join up small-scale projects across entire cities or counties. Managing the transition to an energy system with more distributed generation and storage will be a challenge. We need to test what works and do it quickly.

An ideal place to do this is on our university campuses. Spurred on in part by their students (88% of whom in the UK have said sustainability should be a priority), universities have set themselves ambitious decarbonisation targets. It is clear that both politicians and academics see higher and further education institutions as critically important to the long term aim of meeting net zero targets. There are various ways in which they can contribute.

In 2019, the Institution of Mechanical Engineers published a report on local energy, with one of the key recommendations being that universities increasingly be used as test-beds, or ‘living labs’, for innovative low carbon energy technologies.

There are many advantages to this approach. Universities will often have sole ownership of large campuses, which may even have their own standalone energy systems. For example, Keele University has its own private gas network and has begun a trial to introduce a 20% hydrogen blend. This will help to develop the evidence base for wider roll-outs in our national gas grid to reduce emissions.

Universities have an engaged population of students who will be enthusiastic to experiment with different ways of doing things and a wealth of academic expertise that can advise and even lead new energy projects. There are also synergies that can feed back into the education of students, especially in practical subjects like engineering. Edinburgh University’s Easter Bush solar farm once completed will not only provide low carbon electricity, it will be a test-bed for students and academics to study better ways of integrating solar electricity into the grid.

Reducing emissions is not just about new technologies, but will have to be about new ways of working. Engineering is often sold to young people as a career that gives opportunities for travel. Similarly, in academia international conferences are considered a perk of the job. The summer conference season is an opportunity to travel and present your research to international peers. This is both personally enriching and professionally important. But it may have to change. The travel of university staff falls under the category of ‘Scope 3’ emissions, roughly meaning that they relate to the work of the university, but not necessarily the physical campus itself. These emissions need to be considered and accounted for in plans for net zero higher education.

A side-effect of lockdowns is that it has given us all a crash course in remote working and it has shown us how quickly monolithic institutions can adapt if required to. It is important that we lock in some of the benefits of these changes and do not simply revert to normal in a year or two. For example, our universities can lead the way in trialling new ways of making remote conferences as engaging and fulfilling as those held in person.

There are some barriers to deployment of low carbon energy technologies on campuses. Many of our universities are centuries old and their ageing infrastructure is not always compatible with new technology. In physical terms, certain technologies may be difficult to install in historic city centres, while the listed status of many university buildings can mean regulation prevents (or substantially increases the cost) of upgrades.

Finally, although conferring degrees is their primary task, universities should also seek to ensure that, regardless of what they are studying, their students graduate with an increased knowledge of climate change and sustainability. There are currently over 4.5 million students in higher or further education in the UK and there is a potential for these (mostly) young people to leave university with the confidence to spread climate literacy throughout the general population.

Our academic institutions should lead from the front and be living examples of sustainability to the rest of society. The UK is often said to ‘punch above its weight’ in science and research. It also was the first major country to commit to net zero with legislation. Hosting COP26 in 2021 gives the opportunity to show that ambitious targets are being backed up with innovative technological solutions to get there.