SME Manufacturers across the UK are playing a vital role in keeping the manufacturing economy ticking over whilst producing key components for critical medical equipment. Jason Ford reports 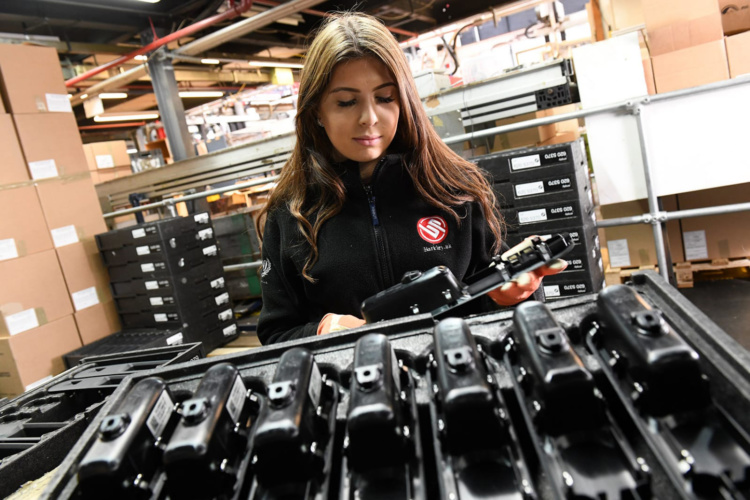 Companies with representatives in China sensed the Covid-19 storm brewing when cities in Hubei province followed Wuhan by implementing lockdown in January 2020.

Alloy Wire International (AWI) has over 40 agents across the world and a key growth market is the Far East.

“As the virus spread and media focus intensified, we knew it was heading for the UK and started to take appropriate measures in the middle of February,” said Angus Hogarth, Sales Director at the Brierley Hill-based based company.

Criticised since for its late response, the UK government imposed an initial three-week lockdown on March 23 that was extended for a minimum of three weeks on April 16. Phase one saw ‘furlough’ enter the lexicon as companies scrambled to remain viable and video conferencing services including Zoom were keeping people in touch.

It also became clear that frontline NHS staff were in urgent need of PPE (personal protective equipment) to protect against patients’ involuntary reactions to Covid-19, as well as ventilators and breathing apparatus to assist patients afflicted with the severe respiratory condition.

With manufacturers allowed to continue operations, many of the UK’s engineering giants united under Ventilator Challenge UK and similar efforts to help meet the demand for breathing apparatus. Included among them were the SMEs that have rallied to produce vital equipment, either as a concerted effort or as part of day-to-day operations.

“Initial market research quickly revealed an alarming deficit in PPE,” said Kevin Porter, Managing Director of Tecman Speciality Materials. “We explored the different options and made the decision that we would be most effective in supporting [efforts] if we fast-tracked the development of a face visor that is designed from the start for high volume manufacture. This was accomplished within seven days.”

Porter said modifications to Tecman facilities – including an investment into automation equipment – is expected to give his Leamington Spa-based company the capacity to manufacture over 1,000,000 finished visors a week, with two or three people manning the entire the process.

Adam Cunningham, Chairman of MAN (Manufacturing Assembly Network) and CEO of Muller Holdings added that MAN Group companies Grove Design and James Lister & Sons developed two basic ventilator systems from scratch to understand some of the parts and sub-assemblies involved, whilst PP Control & Automation is manufacturing over 25,000 harnesses for use in ventilator production. Another MAN Group company at the forefront of the effort is Brandauer, which is producing five million nose clips for face masks every month.

One of the first PPE success stories came from Inverness where 4C Engineering and Aseptium pooled their resources to produce an initial 1,000 face shields for a local ICU, an effort that would be replicated across the UK.

“The very spirit of MAN is built on collaboration and this has been evident in the way we are coming to terms with the unique challenges presented by Covid-19,” Cunningham said. “Some of our members are extremely busy, whilst others have had to furlough staff and introduce temporary shutdowns, so the weekly ‘Zoom’ calls can be a real godsend for bouncing ideas and concerns off each other.”

In early March Tecman were warned that there could be a significant impact on Automotive OEM output, which would affect 60 per cent of the company’s business.

“We are passionate about onshoring manufacturing and have had constructive conversations with supply chain partners who support the same effort,” said Porter. “With the investments that we are making in automation and the support from other UK manufacturing partners, we have proved that we can compete with product pricing that is coming in from Asia. This aligns perfectly with our vision.”

Porter estimates a 6-9-month period before his company returns to pre-Covid levels, but the picture is less pessimistic elsewhere. AWI retains 200 tonnes of stock and has remained active with orders received from around the world covering numerous sectors.

“So instead of talking about recovery, we are hoping that the ‘bounce back’ will build on an already strong performance,” said Hogarth. “We have taken the decision to invest over £500,000 into increasing our raw material stock, ensuring we are in the best possible position to meet demand from customers now and in the future.”