Virgin Orbit has come good on its name just four years after being founded, successfully launching its first satellites to space.

Today's sequence of events for #LaunchDemo2 went exactly to plan, from safe execution of our ground ops all the way through successful full duration burns on both engines. To say we're thrilled would be a massive understatement, but 240 characters couldn't do it justice anyway. pic.twitter.com/ZKpoi7hkGN

Cosmic Girl, the company’s customised 747-400 aircraft, took off from its Mojave Space Port base at 18.50 GMT on Sunday January 17. After reaching its launch site over the Pacific Ocean, the LauncherOne rocket containing the satellites was released from under the aircraft’s wing. The two-stage rocket first propelled itself into low Earth orbit before reigniting to circularise that orbit and release its payload of 10 NASA CubeSats. 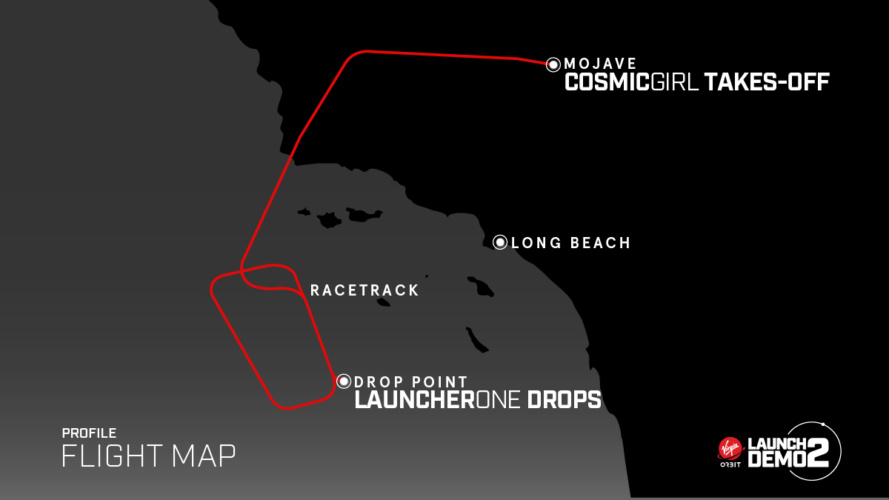 According to Virgin Orbit, this marks the first time that an orbital class, air-launched, liquid-fuelled rocket has reached space. The California-based company – part of Richard Branson’s Virgin Group – believes the successful demonstrator flight will now pave the way for more cost-effective access to space without the need for traditional launchpad lift-offs.

“That LauncherOne was able to successfully reach orbit today is a testament to this team’s talent, precision, drive, and ingenuity. Even in the face of a global pandemic, we’ve maintained a laser focus on fully demonstrating every element of this revolutionary launch system. That effort paid off today with a beautifully executed mission, and we couldn’t be happier.”

According to telemetry, LauncherOne has reached orbit! Everyone on the team who is not in mission control right now is going absolutely bonkers. Even the folks on comms are trying really hard not to sound too excited.

Virgn Orbit will now officially transition to commercial service for its next mission. The firm has launches booked by customers ranging from the US Space Force and the Royal Air Force to private companies like Silicon Valley’s Swarm Technologies, Italy’s SITAEL, and Denmark’s GomSpace.

“Virgin Orbit has achieved something many thought impossible,” said Branson.

“It was so inspiring to see our specially adapted Virgin Atlantic 747, Cosmic Girl, send the LauncherOne rocket soaring into orbit. This magnificent flight is the culmination of many years of hard work and will also unleash a whole new generation of innovators on the path to orbit. I can’t wait to see the incredible missions Dan and the team will launch to change the world for good.”