The AutoAir project hosted at Millbrook Proving Ground has put the UK  in pole position in the race to utilise 5G and data on the go. Jason Ford reports.

Car-to-car video calls at 100mph are just one of the tantalising concepts that can be investigated thanks to the UK’s first independent 5G network for transport at Millbrook Proving Ground.

The potential for 5G is staggering: existing 4G systems can service up to 4000 radio frequency-using devices per square kilometre but 5G systems will connect up to one million devices in the same area, thereby increasing the speed of data transfer by a factor of 10 and the volume of data transmitted by a factor of 1000. According to MarketWatch, the 5G technologies that underpin the automotive and smart transportation market are worth $748m and will grow at over 26 per cent between 2020-27.

Seeking to stimulate growth in this market, the UK government’s Department of Digital, Culture Media and Sport (DCMS) called for the establishment of 5G vertical sector testbeds and trials in 2017, which led to the formation of the AutoAir consortium. 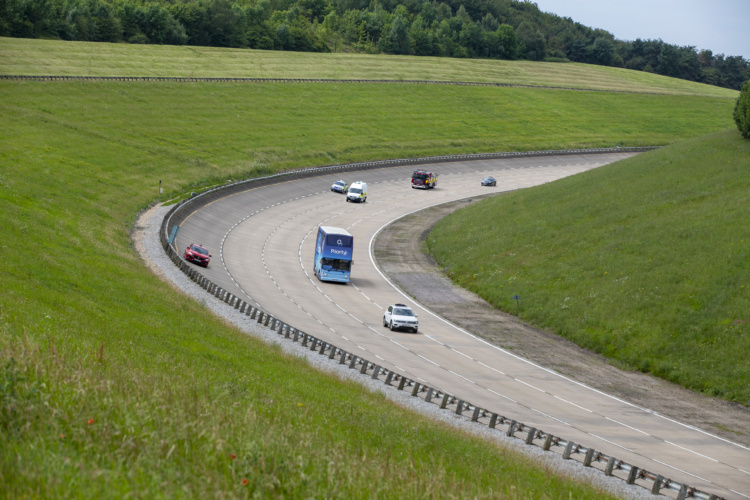 From a blank sheet, the testbed was envisaged, planned, designed constructed and deployed in nine months at Millbrook’s 700-acre site in Bedfordshire. It consists of 89 radios covering 2.3, 3.5, 3.7GHz 4G and 5G spectrum, 60GHz mmWave mesh and 70GHz high-speed vehicle-to-infrastructure links. 59 masts were fitted around the site, linked by 30km of power lines and fibre cabling.

Peter Stoker, Chief Engineer – Connected and Autonomous Vehicles at Millbrook, explained that the installation of equipment could not interrupt Millbrook’s day-to-day business activities on the site, which initially required extensive digging through Bedfordshire clay.

“We had to dig holes, put concrete bases in, run lots of cable,” he said “We ran around 19 miles of fibre around the site and all of it buried.

“Everybody had a voice in what went where,” he continued. “The key thing was its good, strong project management. Airspan were the project lead, and they appointed Steve Laurenson, a really good project manager…who’s just great at pulling everyone [together], getting all the documentation, keeping everyone on their toes with all the deliverables.”

Millbrook is home to hills and wooded areas that host the myriad of road and highway types needed to test vehicles. Stoker explained that consideration had to be given to the positioning of the radio masts, which could not be placed on the outside bend of a test track in case a vehicle left the road and collided with one. 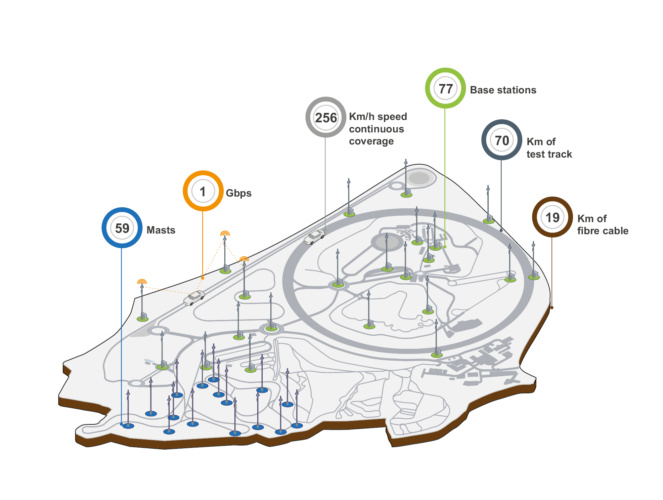 “But as long as we got the fibre…and the power to them – and we got the masts in the right place that they wanted – then they were happy,” he said. “It’s all about timing, keeping everyone together. So…a lot of calls, a lot of discussion and, in better times obviously, a lot of face-to-face work.”

The facility at Millborook now contains the densest outdoor network of 4G and 5G small cells in Europe and is uniquely positioned give developers access to a low latency, wide-area wireless infrastructure that works seamlessly across the entire site. In practise, the 5G-enabled infrastructure makes it possible to monitor, gather and distribute vehicle test data such as video, telematics, tracking and control in real time for applications including rail, infotainment, cyber security, simulation, network location trials and industrial Internet of Things (IoT).

According to Stoker, a unique element of AutoAir is its ability to offer a wholesale access, neutral host, hyper-dense small cell deployment model for transport corridors, which provides a single, shared infrastructure across multiple mobile network operators (MNOs). This arrangement would allow the UK’s MNOs to share the same physical network if rolled out on the motorway network, for example. Similarly, emergency services, road maintenance firms or vehicle manufacturers would be able to run their own private networks on the same shared infrastructure at a fraction of the cost of deploying their own physical networks.

On the tracks, the 5G testbed has shown also that connectivity of up to 1Gbps is possible between vehicles travelling at high speeds, an advance that takes the AutoAir’s capabilities away from roads and onto rails in order to deliver wireless services for train users.
This has been made possible with the world’s first 70GHz mmWave network for high-speed transport communications around the high-speed bowl at Millbrook, based on technology from Blu Wireless. 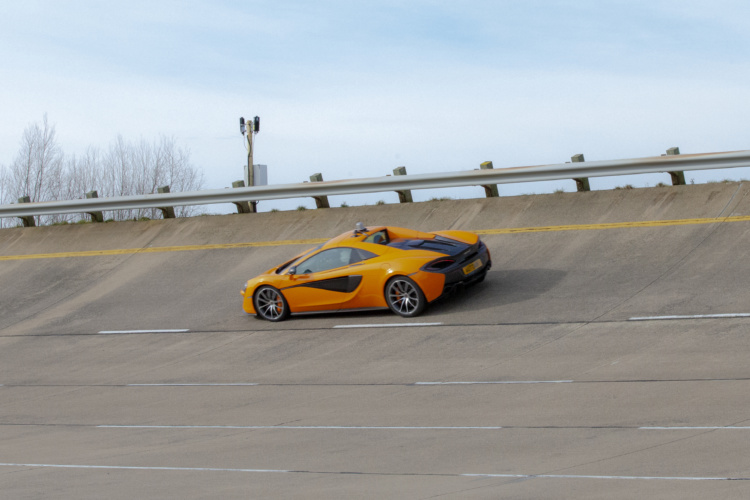 Project partner McClaren – an expert at getting reliable, high quality coverage to race cars – was able to simulate trains passing at speed with one of their 570S being driven around the bowl at 160mph, negating the need for lengthy and costly testing on the railway network.

“The Blu Wireless high-speed rail has been a total revelation to us,” said Stoker. We had no clue we could do high-speed railway testing on track, on a circular road track. But at the end of the day, when you talk about comms, it doesn’t really matter what the vehicle is, it’s all about the data. So, can you connect to it at high speed? Can you stay connected to it? Can you ship large amounts of data on and off a moving fast vehicle? And yet, it’s not a train but it’s an interesting proof-of-concept facsimile of a train.”

A further use case was demonstrated in March, 2020 when an ordinary ambulance was equipped with technology that turned it into a remote consulting room.

“You can turn the cells down, you can attenuate things, you can disrupt things, you can switch them on and off, which you can’t do in the real world,” said Stoker. “So again, it’s good for that sort of simulation.”

He continued: “It’s not just a one-off test bed that was built for a particular deadline and then everyone goes away. The key thing for this is it has to be sustainable and we have to be able to modify it and grow it and keep it going and make a commercial success. That’s why we built it.”

Welcome to Collaborate to Innovate Week