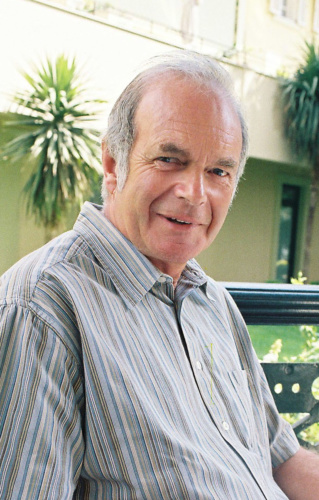 Relying on the over-simplification that ‘coal is bad’ threatens COP26 success writes Dr Bryan Lovell, senior researcher in Earth Sciences at the University of Cambridge

The carbon war is over: former combatants now need to raise their game accordingly. The long global conflict between environmentalists and the producers of fossil fuels involved simplification of many of the issues involved. We are now moving decisively into an era of co-operation between multinational resource companies and environmentalists. Distinctions that were previously blurred now become crucial to success in developing a low-carbon economy.

A failure to draw essential distinctions mars the current debate on the proposed new metallurgical coal mine in Cumbria. Too many influential opponents of the mine are simply saying: “If it’s coal it must be bad.”

Thermal coal is still burned in quantities to generate electricity. Emissions of fossil carbon from coal-burning power stations can and must be curtailed. We have other sources of electricity to which we can now turn. If we need to, we can also capture the carbon dioxide emitted by existing power stations and store it safely using proven technology.

We need international agreement on coping with the emissions from the essential continuing use of metallurgical coal. The proposed Cumbrian mine can be a natural starting point in the debate

There is another use of coal, for which we have not yet developed alternative technology at an adequate scale. For the time being, metallurgical coal remains essential for the manufacture of steel. Steel remains essential in any conceivable low-carbon economy. If we are to avoid exceeding the remaining global carbon budget, we have to control emissions from steel plants.

Leading environmentalists have recently been urging the UK government not to allow mining of metallurgical coal in Cumbria. Part of the environmentalists’ case is that approval of the Cumbrian mine would hinder UK’s leadership at the COP26 climate summit to be held in Glasgow this November. I disagree, for reasons that follow.

During 60 years as a geologist, I have maintained an interest in applying academic research to finding and producing natural resources essential to our global economy. That has been the case whether I was being employed by a university or an oil company. Earlier this century I wanted to write a book about the oil industry and climate change. I warned my prospective editor that my proposed approach would be greeted with hostility from both sides in the then binary carbon war: not a great sales pitch.

The essence of my approach was trust in the geological record, with which it is unwise to argue. The evidence from rocks and ice provides powerful independent support for the deep concern about human-induced climate change long expressed by climate scientists. So why would I have qualms now about the environmentalists’ opposition to the Cumbrian mine? As we approach the Glasgow summit, do we not need the simple message that coal is bad?

Emphatically not: such simplification threatens success at COP26 in November. Emissions from steel manufacture will be on the agenda in Glasgow. We need international agreement on coping with the emissions from the essential continuing use of metallurgical coal. The proposed Cumbrian mine can be a natural starting point in the debate: is this mine a commercially and environmentally sensible project when viewed from an international perspective? What role could be played by the application of proven expertise in carbon capture and storage (CCS), expertise that the UK has in abundance?

Myles Allen and Nathalie Seddon, of the University of Oxford, have considered CCS and Cumbrian metallurgical coal in a recent article in The Conversation UK. Local production of fossil carbon, followed by local safe burial of that carbon once we’ve had the use of it, is an attractive idea worth testing thoroughly. That testing won’t happen if we remain trapped in the simple exchanges of the recent carbon war. We must take advantage of the peace on the road from Cumbria to Glasgow.

Bryan Lovell is at the University of Cambridge. He was adviser on climate change to BHP from 2013-2020 and is the author of Challenged by Carbon: the Oil Industry and Climate Change.

This article was originally published in The Times Red Box: https://www.thetimes.co.uk/article/relying-on-the-over-simplification-that-coal-is-bad-threatens-cop26-success-8tf93kdvn

Republished with permission of The Times