Finding defects on railway tracks was a labour intensive process until a Swiss solution motored onto the scene writes Jason Ford.

Network Rail has an array of tools to ensure anomalies do not become catastrophes on 20,000 miles of track.

Among them is the New Measurement Train (NMT), a converted Intercity 125 that monitors and records track conditions at speeds up to 125mph using its 14 onboard sensors – including linear variable differential transformers and lasers, gyroscopes and accelerometers – and seven Plain Line Pattern Recognition (PLPR) cameras that capture 70,000 images a second, which amount to 10TB of data every 440 miles. 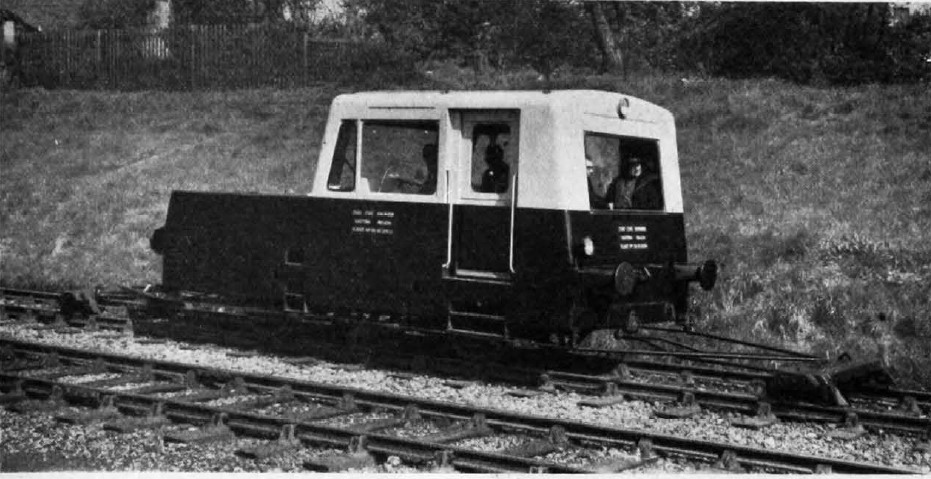 Abnormal PLPR data is sent for analysis by railway engineers in Derby who can then alert regional managers to any confirmed issues picked up by the NMT.

Described by Network Rail as the ‘most technically advanced train of its type in the world’ the NMT, dubbed the Flying Banana due its distinctive yellow livery, was long preceded by an altogether smaller and slower fault finder in 1957.

Said to be the first of its kind on the UK rail network, Switzerland-based Matisa Equipment’s self-propelled trolley was put to work by the Eastern Region of British Railways to detect and record all physical faults and irregularities in the track to ‘within three or four sleepers’. Once it had done that, maintenance teams could then attend to places requiring attention without having to search for defects, as was necessary before.

In use, track irregularities were detected at speeds of up 15mph by the combined movements of probes and wheel flanges

The vehicle was carried on two axles and propelled by a 65hp petrol engine that gave the trolley a maximum speed of about 30mph in each direction. In use, track irregularities were detected at speeds of up 15mph by the combined movements of probes and wheel flanges carried on three sets of detector assemblies. According to our reporter, one assembly was mounted between the axles of the vehicle, and one at each end on trolleys connected by outriggers.

“The detector assemblies are connected through wire cables and mechanical linkages to a series of pens on a recording instrument in the vehicle,” said The Engineer. “This instrument continuously records the geometry of the track on a roll of paper, the speed of movement of which is related to the speed of the trolley. On this paper there are recorded the following: high and low points on both rails, versines of both rails (this record of the curvature of each rail independently shows up poor alignment on straight track and irregular curvature on curved track); superelevation or cant of the track; twist or skew; gauge variations and recording speed.”

As the vehicle passed trackside objects – such as mile posts, bridges, and tunnels which can be used for identification purposes - the recorder operator pressed a button to indicate their position on the chart.

“As the recording vehicle travels along the track the measurements of the high and low points on each rail are a dependent variable of the vertical displacement of the detector wheel of one of the axles of the car in relation to a reference plane formed by the two auxiliary trolleys,” our reporter noted. “The radii of curves are shown by the continuous recording of the versines measured over a chord of 10m. This 10m is the distance between the feeler wheels of the outrigger trolleys at each end of the vehicle, and the versine is measured by the detector assembly in the centre of the recording car.”

The reporter went on to add that rail cant was measured by the displacement of a compensated pendulum, ‘and to compensate for centrifugal force, which depends upon the speed of the vehicle, a correction table is provided for use with the value recorded on the chart. Skew is measured by the angle being produced between the two axles of the vehicle and gauge variations by the two feeler wheels of the central assembly on the trolley.’

“Since the trolley has been in service detailed surveys have been carried out on a number of lines, and when a second vehicle is brought into use it is planned to survey all running lines on the Eastern Region at least once a year,” The Engineer recorded. “Important main lines will be checked two or more times a year eventually.”

May 1915: The Gretna Rail Disaster