For almost 160 years the giant faces of the Westminster Clock (the most distinctive features of the tower popularly known as Big Ben) have gazed out across London – marking off the minutes through two world wars, and multiple PMs and monarchs. 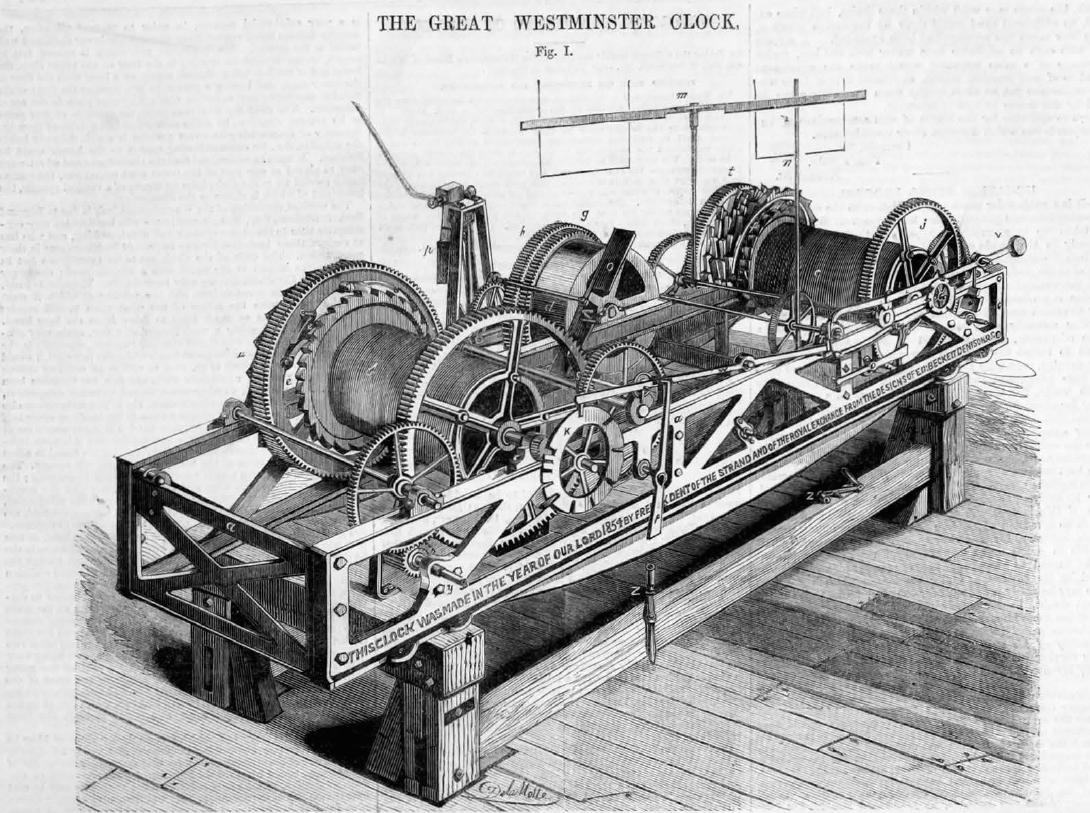 And in 1856, shortly before its installation in the Westminster’s iconic tower The Engineer took a look at a device that’s still considered by many to be one of the finest and most innovative mechanical clocks ever to be built.

CLICK HERE TO READ OUR ARCHIVE COVERAGE OF THIS STORY

“The merit of the design of the Westminster clock is due to Edmund Beckett Denison,” reported The Engineer, “a gentleman who has devoted very considerable time to the study of clock and watch-making and who has at various times introduced many important improvements in their construction.”

At its heart is an innovation that’s been hailed as one of the most significant horological advances of the 19th century: the double three-legged gravity escapement.

An escapement is the device in a mechanical clock that transfers energy to its time keeping element. It’s driven by force from a coiled spring or weight that’s transmitted through the clock’s gear train. Each swing of the pendulum releases a tooth of the escapement’s gear wheel – allowing the gear train to advance by a fixed amount.

CLICK HERE TO READ OUR ARCHIVE COVERAGE OF THIS STORY

Big tower clocks are particularly challenging, as the large hands often have to work against the wind. The escapement of the Westminster clock uses an ingenious arrangement of weighted “gravity arms” to isolate the pendulum from the outside world.

“The gravity escapement is adopted because it is more independent of these peculiar causes of vibration which are found to affect clocks in such a s position as the Westminster Clock will occupy,” write The Engineer.

Another key innovation identified by the report is the clock’s pendulum, which was specially designed to ensure that the clock is unaffected by changes in temperature.

In ordinary pendulums the pendulum rod will expand and contract depending on the temperature, leading to changes in the length of the pendulum swing, and therefore inaccuracies in time keeping.

Big Ben uses a novel temperature-compensating pendulum, made from concentric tubes of zinc and steel. These two metals expand and contract at different rates and, because of the way they are connected together, ensure that the pendulum length remains constant whatever the temperature.

October 1957: The launch of Sputnik