By the age of 21 Sir Frank Whittle had conceived a technology that would transform military and civil aviation in a way that has remained largely unchallenged for 75 years. 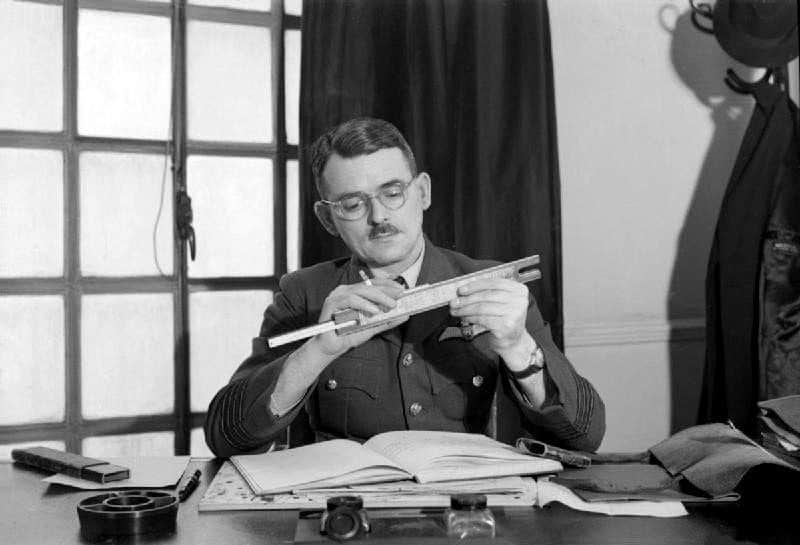 It should go without saying that Sir Frank invented the jet propulsion gas turbine, and, in doing so, created a market that between 2014–2023 alone will require 55,000 new civil aero engines.

Some of those engines will be on the Airbus A350-1000, an aircraft coming into service next year with power being delivered by two Rolls-Royce Trent engines that will each deliver 97,000lb of thrust.

By contrast, Sir Frank’s first jet propulsion gas turbine – the W1 – delivered 1,240lb of thrust, rising to 1,600lb with the development of the W2.

A remarkable element of the jet engine’s story is the fact that Sir Frank was rejected twice by the RAF; an organisation that would ultimately reward him with a commission and an education.

No less remarkable was the fact that just a few months after the end of the Second World War, Air Commodore Frank Whittle, CBE, RAF, MA, Hon. MI Mech E had set about contributing a series of articles to The Engineer that would candidly and eloquently explain how the jet engine came into being.

“I first started thinking about this general subject in 1928, in my fourth term as a flight cadet at the RAF. College, Cranwell,” he wrote. “Each term we had to write a science thesis, and in my fourth term I chose for my subject the future development of aircraft. Among other things, I discussed the possibilities of jet propulsion and of gas turbines; but it was not until 18 months later, when on an instructors’ course at the Central Flying School, Wittering, that I conceived the idea of using a gas turbine for jet propulsion. I applied for my first patent in January 1930.”

The idea was submitted to the now defunct Air Ministry but turned down due to perceived difficulties surrounding a gas turbine. Similarly, Sir Frank tried and failed to attract funding from a number of sources.

“I gave up hope of ever getting the idea to the practical stage, but continued to do paperwork at intervals, until, in May 1935, when I was at Cambridge as an engineer officer taking the Tripos course, I was approached by two ex-RAF officers (Mr RD Williams and Mr JCB Tinling), who suggested that they should try to get something started,” he said. “Although I had allowed the original patent to lapse through failure to pay the renewal fee, and although I regarded them as extremely optimistic, I agreed to co-operate. I thought that there was just a bare chance that something might come of it.” 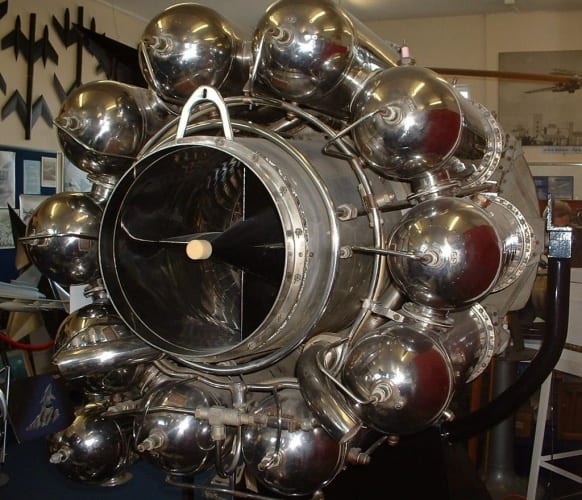 With Messrs Williams and Tinling on board, Sir Frank was able to come to an arrangement with investment bankers OT Falk and Partners, leading to the formation of Power Jets in 1936.

The engine itself was to be a simple jet propulsion gas turbine having a single-stage centrifugal compressor with bilateral intakes, driven by a directly coupled single-stage turbine. Combustion was to take place in a single chamber through which the working fluid passed from the compressor to the turbine.

“We were going beyond all previous engineering experience in each of the major organs,” he said. “We were aiming at a pressure ratio of about 4/1 in a single-stage centrifugal blower when at the time, so far as we knew, a ratio of 2t/1 had not been exceeded. We were aiming at a breathing capacity in proportion to size substantially greater than had previously been attempted.

“The combustion intensity we aimed to achieve was far beyond anything previously attempted. Finally, we had to get over 3,000 SHP out of a single-stage turbine wheel of about 16lin outside diameter, and to do it with high efficiency.”

The engine was tested for the first time on 12 April 1937, with the initial start-up declared a success.

“But it [the engine] accelerated out of control up to about half its designed full speed,” wrote Sir Frank. “This happened several times, and altogether it was a very alarming business, so much so that in the early days the individuals in the vicinity did more running than the engine.”

Just shy of his 34th birthday, Sir Frank saw his invention provide power for the new Gloster E.28/39 on its maiden flight from RAF Cranwell in 1941.

Five marvels of the jet age from The Engineer's archive