Green alternatives just part of the solution to plastic problem

We all know that we’ve got a problem with plastic. The material, particularly in single-use form, is being washed into our oceans at a mind-boggling rate, polluting far-off islands, creating vast garbage patches and poisoning the food chain. But plastic is also a vital component in virtually every aspect of our lives. I am literally surrounded by it as I type, from my mouse and keyboard to the pens on my desk and my smartphone. Abandoning plastic altogether is simply not an option. What we need are green alternatives and better decisions on how and where we use it.

Around 335m tonnes of plastic are produced around the world each year, accounting for between 6-7 per cent of all oil. Despite a noticeable shift in public attitudes towards the material, both global and UK demand is actually increasing. And while petroleum remains the overwhelmingly dominant feedstock, plant-based polymers, or bioplastics, are attracting increasing attention.

“Bioplastics exist now,” said Paul Mines, CEO of Biome Technologies, a UK-based company with a focus on bioplastics. “They have limited functionality, but it’s improving. The reality is they cost 2-4 times the price of oil-based materials.”

It’s no surprise that green alternatives more than double the price of fossil-based plastics have not taken off. According to Mines, bioplastics are currently limited to lifestyle products where consumers put a premium on green values, such as pods for coffee machines and disposable razors. However, there is a new generation of green plastics in development where advanced gene editing is used to modify enzymes and microbes that convert biomass into usable chemicals. According to Mines, these new bioplastics will have enhanced functionality and will be derived from waste rather than virgin biomass, helping to lower the cost. 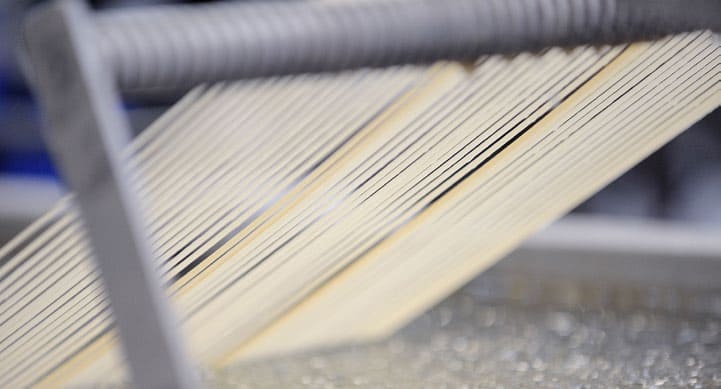 Simon McQueen-Mason, network director of the Lignocellulosic Biorefinery Network (LBNet), is a leading voice in the push towards greener plastics. But incorporating more bioplastics and biofuels into our economies isn’t straightforward, and we need to consider carefully what biological material we use as feedstock.

“If we want to make things like bioplastics from biorenewable feedstock, we have to think about the implications of that, rather as we do for biofuels, in terms of the impacts on food security, for example,” he said.

McQueen-Mason is looking at using lignocellulosic biomass, the second-generation material left over when crops are harvested or when paper and cardboard are recycled. Within this residual substance is an abundance of carbon that, on a fundamental level, could be used to replace the petroleum that plastics are currently made from. One prominent example is the material PEF (Polyethylene 2,5-furandicarboxylate) a bioplastic that is analogous to the PET used in plastic bottles. PEF also has the added benefit of having a higher barrier to oxygen, potentially making it an even more attractive packaging alternative.

According to McQueen-Mason, around 100,000 tons of PET goes into plastic bottles in the UK each year. To replace around half of that, a PEF plant would require between 170,000-300,000 tonnes of biomass feedstock, depending on exactly which material was used. Around 210,000 of wheat straw would suffice, which would be around 5.5 per cent of total production. Alternatively, some 294,000 tonnes of sugar beet could be used, amounting to just 3 per cent of the UK’s crop. But as previously mentioned, there is understandable reluctance from some circles with regard to using virgin crops - such as sugar beet - for anything beyond food security.

Another high-profile area where bioplastic alternatives are being explored is microbeads. A media bête noire in recent years, these tiny plastic particles have long been used in cosmetics to provide texture and exfoliating properties. Unsurprisingly, microbeads tend to get washed away into the water cycle, ending up in the food chain in rivers and oceans, with the problem coming full circle as humans consume the contaminated fish. Exactly how harmful microbeads are isn’t known, but public reaction to the issue was strong enough to force a UK ban on their use in cosmetics in January 2018, with several other countries following suit. 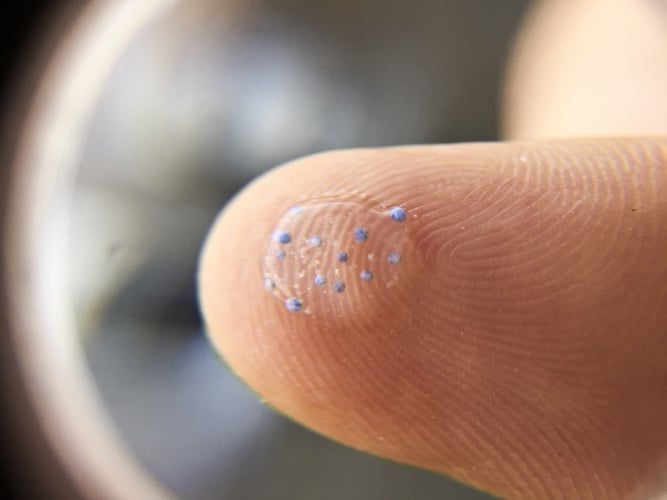 In light of these bans, Janet Scott, a professor of sustainable chemistry at the University of Bath, is working on a solution. Her company, Naturbeads, is developing an alternative to microbeads made from cellulose. It uses microscopic extrusion followed by a solvent bath to isolate cellulose beads ranging between 20-150 microns. As there is an abundance of enzymes in the natural world that feed on cellulose, the microbeads are fully biodegradable. Despite the nature of her startup, Scott is convinced that a full array of plastics and bioplastics is still required. What we really need is more thought on which plastics we use for any given purpose.

“We should not be thinking about entirely replacing petrochemical plastics with bioplastics,” she said. “We need a pallet of materials so we can select from them so they are appropriate for their use. We’ve been lazy. We’ve used a small number of plastics in a lot of different applications without thinking through the whole lifecycle of that product.”

With the growth in bioplastics, combined with a more selective approach in how we use traditional plastics, we may just have the beginnings of a solution to this toxic problem.

Comment: Salaries are just one part of the engineering package