Sci-fi Eye: the robot will see you now 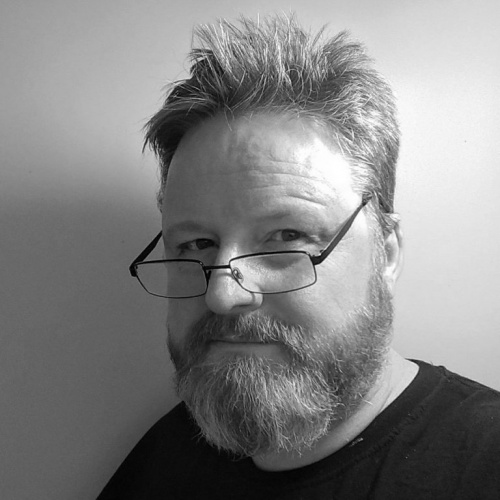 As last month’s column It’s The End of the World As We Know It  was a bit of a bleak one, I decided this month to concentrate on good news stories. After all, we could all do with a few rays of hope in these difficult times. So, fortified by a strong cup of tea, I set forth to find something that might lend us hope for a brighter future…

The first thing that caught my eye was Melissa Bradshaw’s article on assistive robotics. With the advent of the pandemic, the concept of being able to treat patients remotely has never seemed so relevant. We also have an ageing population that will require ever more support in order to maintain independent lives while living with age and frailty.

Some of the solutions put forward involve telepresence robots, which allow doctors to attend patients without the risk of infection. I’ve already seen some of these robots in action - at least in the much simplified civilian version - at science fiction conventions. Resembling iPads on a stick, they trundle around the venue enabling fans from around the world to experience the event from the comfort of their own homes. Using them for healthcare visits provides some human interaction between doctor and patient. And by removing the need for a doctor to be physically present, the possibility exists for patients to undergo consultations with specialists from anywhere in the world at no added expense.

However, as our population skews increasingly towards old age, will we have enough qualified doctors to operate all these telepresence machines?

That’s where the need for autonomous robots arises, and several teams are already working on ways for to provide comfort and companionship, including the use of human-shaped robots that can communicate with a person to help with physical tasks, such as picking up objects or helping them get out of bed, act as their assistant, and provide instructions on carrying out tasks, such as when to take medicine.

Obviously, the more sophisticated the robot’s ability to communicate with a patient, the more successful it will be in its task. To do this, it will need to be able to recognise social cues and take instructions from users who may have trouble communicating verbally.

As a science fiction writer, my thoughts immediately jump to artificial intelligence, and the possibility that we will be cared for in our dotage by self-aware machines able to provide companionship as well as monitoring our health, keeping us fed and clean, and recommending treatment for ailments.

Perhaps one day, the machines that monitor our physical well-being won’t be computers but rather clouds of molecule-sized engines adrift in our blood, filtering out toxins, and combatting viruses

But the existence of those sentient carers raises a whole host of ethical dilemmas. If they are thinking beings, surely they would deserve rights, including the right to self-determination? Denying them this would be to have essentially created a slave race to clean our houses and wipe our backsides. And if you want a Terminator-style robot uprising, that’s a pretty good way to go about getting one.

Beyond that, though, you’d have to teach the robot ethics. Asimov’s First Law of Robotics famously stated that, ‘A robot may not injure a human being or, through inaction, allow a human being to come to harm.’ But how does a robot decide what constitutes harm or inaction in the case of a terminal patient? Is it in fact kinder to allow a terminal patient succumbing to their condition to die naturally rather than to keep resuscitating them over and over again? How would a machine make that judgement call?

As we move out into space, we will increasingly need machines capable of keeping us fit and well, and there are precedents in science fiction. In Duncan Jones’ 2009 film Moon, Sam Rockwell’s lone astronaut is accompanied by an artificial intelligence that monitors his health and communicates mood through happy or sad emojis. And in Frederik Pohl’s classic 1977 novel Gateway, the story is told in flashback, as the main character relates events to his robot psychiatrist.

But why stop there? We have to assume that technological innovations will continue. And perhaps one day, the machines that monitor our physical well-being won’t be computers in the sense we understand them today, but rather clouds of molecule-sized engines adrift in our blood, filtering out toxins, and combatting viruses. Able to move individual atoms around, they would be able to repair wounds or broken bones in a matter of hours, or repair damage to internal organs without the patient needing to be sliced open. Even more intriguingly, they could repair the telomeres on our chromosomes, mitigating some of the effects of ageing.

With the advent of nanotechnology, we might all end up carrying our own doctors around inside us.

Gareth L. Powell is an award-winning SF writer from the UK.

The robot will see you now

Sci-Fi Eye: ghost in the machine