As you can imagine, The Engineer’s recent report on the development of a robot hand with a tactile fingertip caught set off all kinds of science fictional trains of thought. For instance, the first thing that sprang to mind was a scene from the movie Star Trek: First Contact, in which the Borg queen tries to tempt Commander Data by grafting human skin onto his android body, allowing him to ‘feel’ for the first time.

The implications of this are huge. If we imagine that over the next decade, this technology will be improved and refined, we can postulate all sorts of unexpected uses for it.

For example, if a surgeon could plug into a pair of robotic hands that were as dextrous and sensitive as their own, they could theoretically perform surgery remotely. A specialist in Tokyo could undertake a heart operation in Paris without leaving their office. Trauma surgeons could work on patients in dangerous or hostile environments, such as disaster areas or warzones.

And talking of warzones, remote bomb disposal might become more effective if the technicians sent to defuse the explosives could sense the feel of the mechanisms without having to put their own hands at risk.

If you placed a pair of robotic hands on a Martian rover, for instance, a geologist could ‘feel’ the surface of the red planet without having to spend a year travelling through space to get there. Yes, there would be a lag of around fifteen minutes as the signal travelled across the gulf of space from the artificial hand to his brain, but that could still be workable.

There would be less of a lag if the artificial hands were at the bottom of the sea, allowing marine biologists to examine the life that exists at those crushing depths, or marine archaeologists to excavate and handle delicate relics from ancient shipwrecks.

Providing the artificial hands can be constructed from robust-enough materials, all kinds of difficult environments could then be explored, from hydrothermal vents to magma chambers. But perhaps the greatest use of all would be in the location and treatment of survivors trapped in rubble following earthquakes or terrorist attacks.

Of course, as William Gibson famously wrote, ‘The street finds its own use for things.’ Just as the printing press, the video cassette, and Internet streaming were eagerly pounced upon by the porn industry, it seems inevitable that this virtual tactility will be used to provide long-distance sexual gratification. After all, who said the sensors have to remain on the fingers? Other body parts could be made to ‘feel’ things remotely. Such a set-up may eventually become as commonplace as Zoom or FaceTime, allowing couples to maintain intimacy while apart, and enabling paying customers to experience sex with prostitutes from the safety and comfort of their own houses.

Now, if that last bit grossed you out, you might want to skip this next section, because I’m going to be talking about miniaturising the process.

There’s no reason our artificial hands have to be the same size as human hands, as long as the nerve signals correspond to the same areas. So, let’s assume that once the technology has matured, it will be possible to create sensors of any size. In that case, those surgeons I mentioned earlier could insert tiny robots into a patient via keyhole incisions, and then ‘feel’ their way through tiny operations, locating damage to the heart or arteries, and repairing it without the need for more invasive surgery. Imagine being a doctor and being able to sew-up a burst blood vessel with (what feels like) your own two hands. But why stop there? Maybe one day, expectant parents will be able to ‘touch’ and begin to bond with their babies while they’re still in the womb?

I’ve only begun to scratch the surface here. The ability to extend the grasp of our curious ape fingers beyond the reach of our arms will have profound and unexpected effect on the way we think of ourselves, and the way we interact with the world around us. 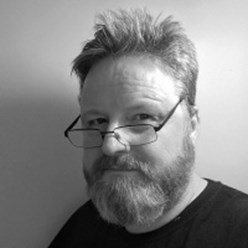 Gareth L. Powell is a multi-award-winning science fiction novelist. You can find him at www.garethlpowell.com