The runners up in our Wildcard category incorporated a wide range of technologies and took on some of the world’s toughest environments. Andrew Wade reports.

This multi-university collaboration has seen engineers and Earth scientists working side by side to develop and fly drones inside some of the world’s most active volcanoes. Researchers from the Universities of Bristol, Cambridge, Manchester and UCL came together in an effort to make volcanology safer while at the same time taking measurements that would simply not have been possible without the team’s innovations in UAV technology. 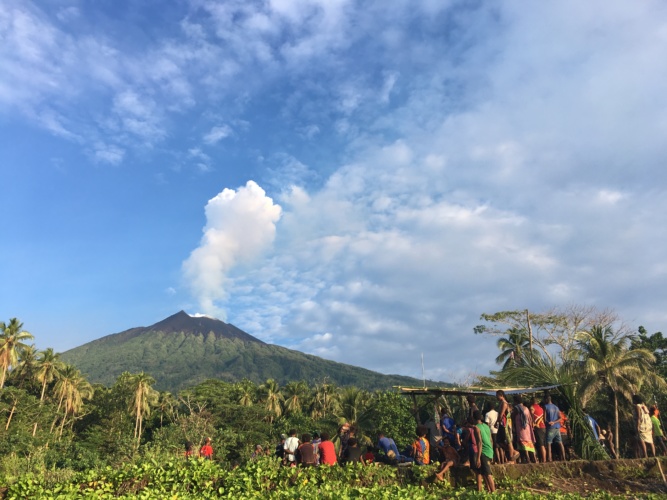 According to the team, the collaboration has highlighted the great potential for engineers to work more closely with Earth scientists to study our planet in more detail than ever before. Future aspirations include the development of a highly capable, fully VTOL aircraft with additional onboard sensing, robust real-time re-routing and longer endurance.

(See the Aerospace & Defence shortlist for more details on this project)

Apart from the inside of a volcano, there aren’t many places on Earth more inhospitable to life than Antarctica. Since 1956, the British Antarctic Survey’s (BAS) Halley research station has been taking measurements from the frozen continent, but in 2017 it was decided that the ice shelf on which the station is located had become too unstable for staff to overwinter there.

Although the power requirements of an unmanned station are much lower than a staffed operation, the challenges were still significant. Halley needed a robust automated solution to see the station through Antarctica’s long, cold winter, where temperatures get as low as -50˚C and wind speeds of up to 70 knots are common. Following lengthy research, BAS decided that a Capstone micro-jet turbine was the right option and began working with UK distributor Newenco and construction partner Landfill Systems to put the project into action. 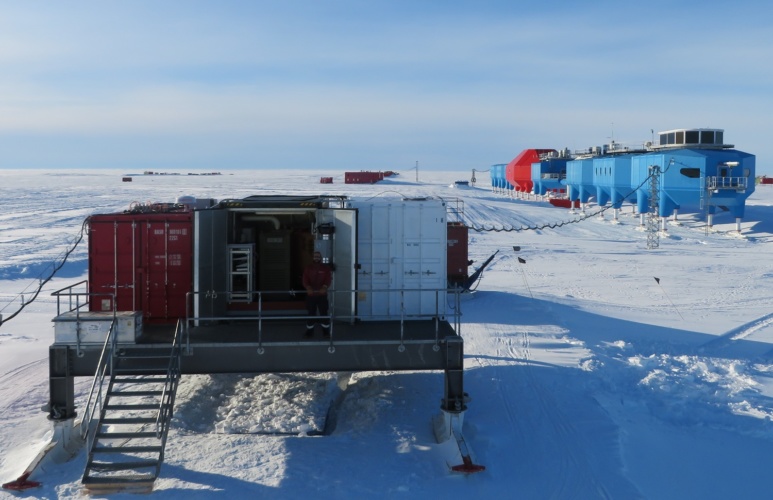 Just five months after the start of the project, a containerised system was on a ship bound for Antarctica to arrive at Halley around Christmas 2017. Due to the shifting glaciological conditions of the Brunt Ice Shelf, this was the last time for several years that heavy cargo was expected to get to the station. Since its installation, the micro-turbine has been successfully powering Halley throughout the Antarctic winters, with multiple redundant systems and telematics keeping the platform within its operating envelope in some of the harshest conditions on Earth.

Check out the winner in the Wildcard category here

The collaboration has not only enabled Halley to continue building on its lengthy and invaluable data sets, it has also served as a demonstrator for other Antarctic research operations and could pave the way for automated science across the continent.

Featuring more than 40 supply chain firms, the Platform Construction System is a collaboration of enormous scope, both in terms of the number of partners and the project’s potential impact on the construction industry and wider society.

Its aim is to lead change by developing, prototyping, testing and demonstrating platform solutions for social infrastructure using common kits of parts from across the numerous UK supply chain partners. This kit of parts will be deployed across a government pipeline of social infrastructure works estimated at around £15 billion per year. A total of six different government departments are actively engaged with the project, prompting versatile solutions that can be applied at scale across multiple building types.

Headed by the Construction Innovation Hub, the project features participants ranging in scale from large organisations such as Skanska and Schneider Electric, all the way down to sole traders. It has also drawn together a multitude of roles including designers, sub-assembly specialists and integrators, intertwining different levels of the supply chain across both construction and manufacturing.

Engaging such a wide group - particularly during the pandemic - has brought challenges, with many businesses switching their focus to the immediacy of staff welfare, business survival and recovery. In this regard, the project has clearly demonstrated its collaborative credentials with partners providing support to one another when needed.

The Platform Construction System is currently live having launched in February 2020, with concept designs under development and a research demonstrator building due to be constructed by 2022.

In gestation since 2017, FASTBLADE is the world’s first research facility to employ ultra-efficient hydraulics in testing large composite structures. Led by the University of Edinburgh, the project’s primary goal is to dramatically speed up the testing cycle for tidal blades, reducing the cost of tidal energy by improving blade performance and reliability.

Currently, tidal blade designs cost three to four times as much as wind blades, despite being roughly one-tenth of the length. Testing the structures requires long strokes (1000mm) and high forces (1000kN) that ultimately demand large flows of hydraulic oil at high pressure.

FASTBLADE’s key innovation is to return its hydraulic oil to its tank while recovering 90 per cent of the energy. This is stored as kinetic energy in the hydraulic machine’s spinning shaft, as it increases the rotational speed of its electric motor to temporarily store the energy. When the machine returns to pumping mode, the kinetic energy is transferred back to the hydraulic fluid to reapply the force to the test blade. The process also has added technological benefits of requiring a smaller motor and inverter to operate the hydraulic pumps.

While the concept has an elegant simplicity, executing it in a world-first has pushed the expertise of all the project partners, which include Babcock International Group, Artemis Intelligent Power, FOX VPS Ltd, NI, MatchID, SIMEC Atlantis Energy and Orbital Marine Power. The collaboration has overcome technical challenges to design a system that can exert 20 years’ worth of operational loads on a structure within only four months. With its first testing project scheduled for June 2021, FASTBLADE is set to offer accelerated structural testing and help de-risk composite engineering designs for many years to come.

ReDRESS was a 21-month project exploring the advancement of ultrasonic sensors for monitoring and testing high radiation environments, such as inside nuclear reactors.

Running from December 2017 to August 2019, the project was led by Precision Acoustics alongside Ionix Advanced Technologies, TWI Ltd and the University of Sheffield. The ultrasonic sensors – or transducers - had to be reliable and capable of operating at high temperatures of 350 degrees Celsius for set periods, whilst also being exposed to high levels of radiation from close to reactor cores. Radiation, in particular, can cause these types of sensors to fail, potentially resulting in downtime for a reactor while replacements are installed.

One key innovation was the testing regime for the various bespoke sensors manufactured during the course of the collaboration. A method of monitoring the performance of sensors in-situ whilst under irradiation was developed specifically for the project. The ability to observe in real-time the effects of radiation on an ultrasonic signal was pivotal in providing feedback on the various designs that were trialled.

Having performed initial R&D, established proof of principle and validated several key designs, the project now has potential to disrupt the nuclear industry, benefiting those looking to extend the lifetime of assets in service. Its also has possible novel applications where ultrasonic sensor technology could benefit from being radiation tolerant. This may include pipework, containers, shielding, conduit or other critical infrastructure which can benefit from a robust non-destructive monitoring technique. According to the project partners, the technology could be combined with robotics and AI for autonomous measurement capability, which would allow these measurements to be made without endangering the health of operators.